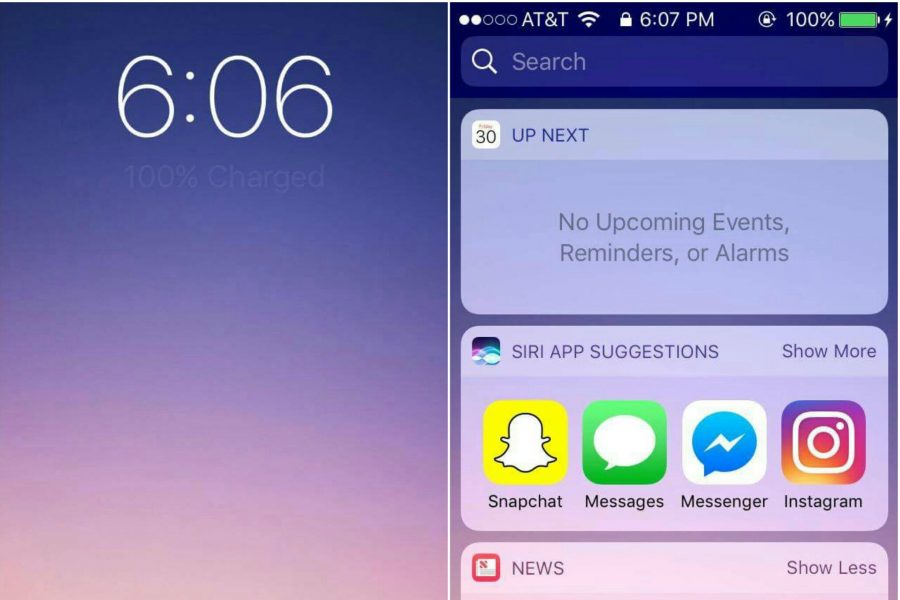 Recently, Apple released its much anticipated iOS 10 update. They boast that this is their biggest update yet, making major changes to their interface such as redesigning their messaging platform and lock screen, improving upon Siri, and adding a story to your photos. Beyond this, they have created new features for many of their most used applications as well. The update has received overall positive feedback, despite minor difficulties with individual aspects of it. While it doesn’t significantly affect day to day functions, the additions still make for a welcomed innovative and modern touch to the current iOS platform.

The new iMessage app includes many more interactive features to enhance basic texting. A user can now make message bubbles pop or shrink depending on the emotion they wish to display in their text, or reveal a message slowly with “invisible ink.” From iMessage, you can also link to other apps such as Square Cash without having to open the app itself. And, of course, Apple has added more characters to their popular set of emojis, as well as redesigning the face emojis to have more realistic features. Other changes include adding stickers, GIFs, drawing options, and suggested phrases when typing.

The voice commanded helper Siri may finally be of use. Perhaps Apple’s most infamous feature, Siri has been known to represent a grand idea which had been poorly followed through, as it had imperfect voice recognition and offered limited help. But for their iOS 10 update, Apple allowed many third party developers working for different companies to customize the actions which Siri could take in accordance to their app. This may greatly change the breadth of Siri’s practicality, allowing it to have much more useful actions such as ordering Ubers or dinner with a few simple words.

While Apple’s lock screen has remained more or less the same for a number of years, iOS 10 introduced a completely different layout. The traditional singular lock screen, which previously contained a space for notifications, has been replaced by two page lock screen with a separate page just for bulletins. The notifications are now “richer”, giving more detail about the topic, as well as allowing users to access apps straight from their lock screen.

Out of all of their improvements, the lock screen change is not Apple’s greatest. The purpose of notifications are to inform a user of something that needs to be addressed, not to overwhelm the launching screen. In addition, it takes away the lock’s purpose of giving a user privacy. This being said, the dual lock screens do improve efficiency with the device.

For the user with a stocked full Camera Roll, Apple has put a system of facial and location recognition into their software to organize photos. With each photo taken, the place is recorded as well as everyone in the picture. This information is used to sort photos into folders for a user to quickly find the right image.

Other notable features are the personalization of Maps, creating a Home app to control machines throughout the household, and recomposing Apple Music and News.

The entire update includes more than a hundred new features, and requires 1.1 GB of space to account for it all. Because of this, Apple users who updated immediately after the release experienced issues with their devices crashing. Shortly following these error claims, Apple released a follow up update with a patch to resolve the problem, iOS 10.0.1. They assure everyone that these errors should no longer be a concern.

Overall, the iOS 10 update includes a lot of nonessential but interesting features which can enhance your ordinary iPhone. For Apple users who are interested, the update can be found in the Settings app under the General menu.