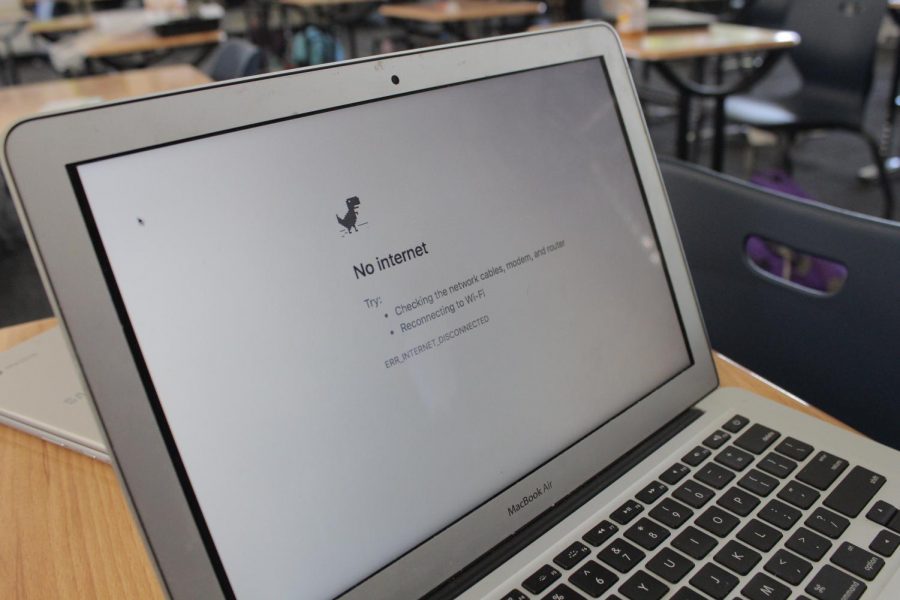 LAHS students and staff faced wifi issues during the first week of the hybrid learning model.

Teachers and students on campus experienced sporadic interruptions to their internet service yesterday during third period. The lapses in service lasted up to a few minutes each and impacted the entire school campus, prompting confusion among teachers who were unable to communicate with their distanced classes through Zoom.

According to Information Technology Department Director Bob Fishtrom, the incident stemmed from a Comcast outage impacting a circuit through which internet service is transmitted from the County’s Office of Education to Los Altos High School. The root causes of the outage were out of the District’s hands.

Fishtrom believes similar interruptions in service will not frequently arise as an issue for in-person learners, though he acknowledges that the system is not infallible.

“Our network has been rebuilt and we are very confident in its performance and capacity,” Fishtrom said. “However, as we learned today, we are as strong as the service we get from Comcast. Fortunately, they understand the urgency and they deploy technicians as soon as they are humanly possible.”

Despite the temporary confusion, the loss of internet connection was ultimately manageable to most teachers, according to English teacher Keren Dawson-Bowman.

“I think I’ve taught at Los Altos long enough to know that the Internet was going to be bumpy, so we have it in our heads to have backup plans,” Dawson-Bowman said. “It’s just a shame that it happens.”

However, students experienced their fair share of tense moments during third period, including senior Laureh Yih, who was taking an AP Government test online at the time of the outage. While she wasn’t affected too badly because her test was on a Google Doc with offline editing enabled, she is concerned that a similar issue could take place during a more crucial moment.

“I had offline editing turned on [on Thursday], but I don’t know if everyone else did,” Lauren said. “If the Internet went out [during a math test], I’m really scared that I’d lose all my progress and have to take the test again.”