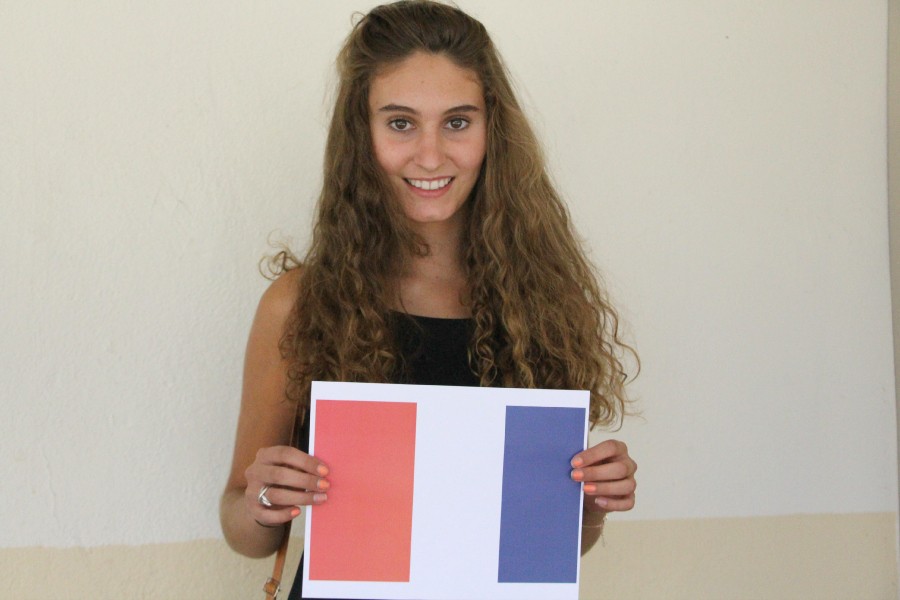 Senior Humbeline De Marcillac has been attending LAHS for a year now. Photo by Allegra Maeso.

From the city of Grenoble in France, senior Humbeline De Marcillac has attended the school for a little over a year. Humbeline moved to Los Altos because her dad taking a job for a technology company.

“I really like it,” Humbeline said. “They have a lot of different people here from different countries. It’s really mixed so I think it is really great.”

“I didn’t want to [hang out] with French people because if I was staying with French people, I was never going to learn English,” Humbeline said. “I wanted to learn fast so I only stayed with people who know how to speak English. When you learn a new language, you [have] got to try. Even if you make a mistake, just try to talk.”

After going through the French school system, Humbeline is pleased with the different types of education methods in the U.S.

“I like it better here because the system in France is really hard,” Humbeline said. “We don’t have make-up tests in France. But we have [them] in America, and I didn’t know this in the beginning. Here you have to do your homework and the teachers check it. This doesn’t happen in France. In France, you just do it and the teacher doesn’t look at it.”

“I really like [that] in France, everyone knows each other. You do not only stay in small groups.” Humbeline said. “[Also], in France we are really direct. We say everything, which is not the case here. Americans say, ‘Oh! That’s really great!’ but they don’t actually think that it’s great. They just say things like that to be kind. In France if something is wrong, they will say it is wrong. I like [that].”