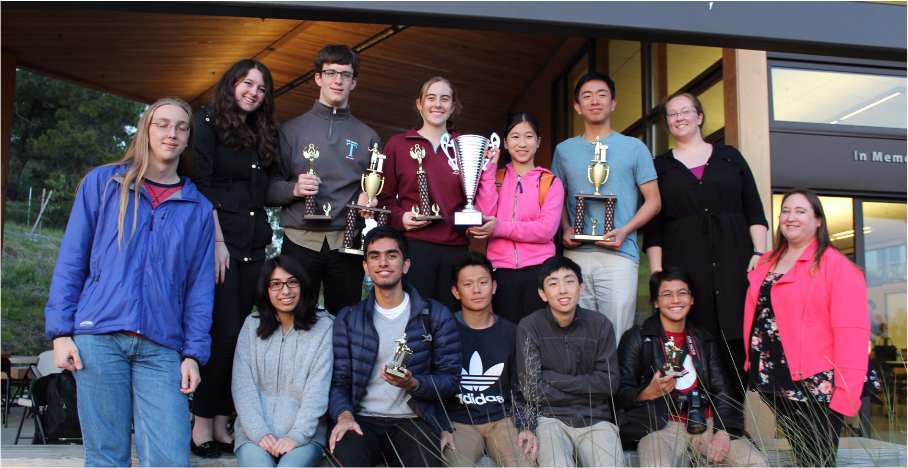 Ten years ago, the Mountain View-Los Altos (MVLA) Parliamentary Debate team didn’t exist. This year, the team is almost 30 strong and didn’t just send one-sixth of its team to the national Tournament of Champions (TOC) — they “closed it out,” meaning the two teams in the final round of the tournament were both from MVLA. They decisively won the entire championship.

Currently, the MVLA team is collectively the second ranked team in the nation for Parliamentary Debate. The event, commonly referred to as “Parli,” pits teams of two against each other for 40 minute debates, where neither team knows the topic until 20 minutes before. The team’s meteoric rise primarily took place this year and was spearheaded by a small group of debaters from both LAHS and MVHS.

“Reflecting on this year, I am completely shocked,” junior William Zeng said. “No one was expecting us to be this big. The reason I would say… is because [the debaters] actually care about Parliamentary debate and actually put in a lot of effort… And also Spencer’s really good for some reason.”

William, one of the 10 debaters who competed at the TOC this April, mentions one key figure in the team’s success — senior Spencer Dembner. With his pedantic nature and seemingly endless span of knowledge, Spencer is currently the highest-ranking debater in the nation, and has been for the last three years.

Shirley currently occupies the second position on the national rankings. She and her partner, Mountain View High School sophomore Ryan Lee, closed out the TOC with Spencer and his partner, Notre Dame High school senior Lilly Hackworth. Small in stature but big in the Parliamentary debate world, beneath Shirley’s charming, self-proclaimed “awkwardness” lies a skilled argumentator.

While Shirley, Spencer and Ryan may have won the TOC, they’re not the only successful members of the Parli team. Five other MVLA Parliamentary debaters — juniors Danny Vesurai, Javin Pombra, William Zeng, Alex Wong and Jodie Bhattacharya — are ranked within the top 40 debaters out of over 300 teams nationwide, and all certainly put in the necessary hard work to get there.

“One of the things [about the team] that struck me from the very beginning was just how dedicated a lot of the [debaters] are,” Maciorowski said. “They put in so many extra hours of practice and are so willing to give up their weekends for the activity.”

Despite the staggering success, MVLA Parli remains as humble and gracious as ever, according to coach Maciorowski.

“This team is the best on the circuit, maybe not necessarily by their rankings, but in their ability to be good people on the debate circuit and be respectful of people from every background,” Maciorowski said. “If the varsity kids are debating against a novice who got pulled up into varsity, pretty much everyone on this team will always step down and explain things and just be good, mature citizens in the debate world.”

As the 2016-2017 debate season comes to a close, the future of MVLA Parli remains in question. But MVLA Debate Head Coach Julie Herman is fairly certain that the Parliamentary debate team’s success will continue in the future.

“We have the first and second ranked teams in the nation right now,” Herman said. “At least for the next several years, we’re in a pretty good place.”