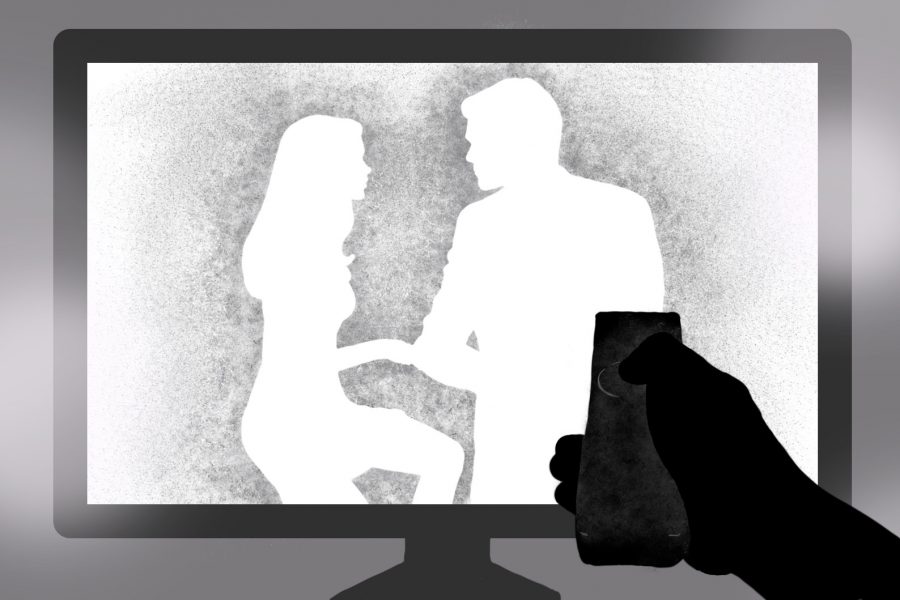 Take a second and think of an actor. He or she doesn’t have to be in your favorite film, be good looking or even be particularly good at acting. Go ahead, any actor at all. Do you have someone in mind? Good. Now, ask yourself this: Is your actor white? Is he male? Is he or she straight? My guess is that you answered “yes” to at least one of those questions. Not because there’s some sort of prize for you by the time you finish reading this sentence, but because it’s what you’ve been trained to think.

Hollywood seems to work in this perpetual cycle of ethnic exclusion. Predominantly white films are produced because they have become the norm within the industry. For decades, white actors have been casted by white directors who have worked with white producers to create films that represent only a small fraction of America’s diversity. As a result, a cycle of silence was formed in which audiences refrained from objection because they didn’t think anything was wrong with the films Hollywood presented to them.

One of Hollywood’s greatest flaws dates back to America’s history of racial segregation. During times of prejudice and social injustice, productions were being made by predominantly white crews. This process then created an unjust and biased preference for white cast members that seeped into the norm and stuck around. Today, culturally diverse roles hardly exist because white actors are casted to fit all roles, eliminating the possibility of diversity even when a film desperately calls out for it.

When it came time to cast the first “Hunger Games” film, Jennifer Lawrence was hired to play a character described as an olive-skinned, grey-eyed 16-year-old girl with straight black hair. When the casting call for the film said the actress should be a Caucasian in her late teens who looked “underfed but strong” and “naturally pretty underneath her tomboyishness,” it eliminated all traces of ethnic diversity Suzanne Collins had originally intended in the novel.

When it came time to cast the “Harry Potter” films, Emma Watson was casted to play a character who was described as having “lots of bushy brown hair and rather large front teeth,” and no specified race. Watson’s perfect teeth, pale skin and hair that becomes noticeably lighter and ironed out as the films progress seemed to fit the preferred Hollywood mold. When “Harry Potter and the Cursed Child” was announced and Hermione was casted as a black woman, controversy began because the role was “supposed” to be assumed by a white woman when no race was originally specified in the novels.

It wasn’t until recently that awareness of the white dominance in film began to blister under the spotlight. Last year was the second year in a row that the Academy Awards committee failed to nominate a single non-white person in the four main acting categories. The #OscarsSoWhite controversy sparked a social media movement that opened the eyes of those who were blind to the lack of color in Hollywood.

However, despite all the exclusion Hollywood reinforces, on few occasions certain productions have ventured into ethnic inclusion. Yet, the few times Hollywood attempts to include diversity within its films, it often ends up stereotyping different races and cultures. Black roles portray loud, violent, over-dramatic characters who are dumbed down to mindless jokes. Hispanic roles portray careless, uneducated high-school dropouts who are dimmed down to the streets.

Before this year, I didn’t pay much attention to Hollywood’s sparse diversity. I attended movie theaters and purchased tickets for films that broke box office records and fed the machine that silenced valuable stories and lives as if they didn’t exist. My awareness of this changed when I joined a senior film class in which the only film we viewed that had Hispanic producers, directors, editors and actors was in the international unit. Nine months into the school year, it took an entire unit dedicated to film outside of America for me to hear my grandfather’s accent and recognize my uncle’s workplace and see someone whose hair reminded me so much of my mothers.

I don’t want to grow up to be an Academy Award winning actress. I don’t want to make timeless films for students to analyze across the globe. I don’t want to invent a new editing technique that will change the industry forever. What I do want, however, is to know that I belong and that my history matters.

None of my personal role models are major Hollywood participants, and though that may be the case for me, I realize that it isn’t the case for everyone. Hollywood, like any other profession, becomes a dream job for many young people across the world. And yet, some of these people are never represented in the industry, and it’s not fair that their dreams shouldn’t seem like a possibility for them.