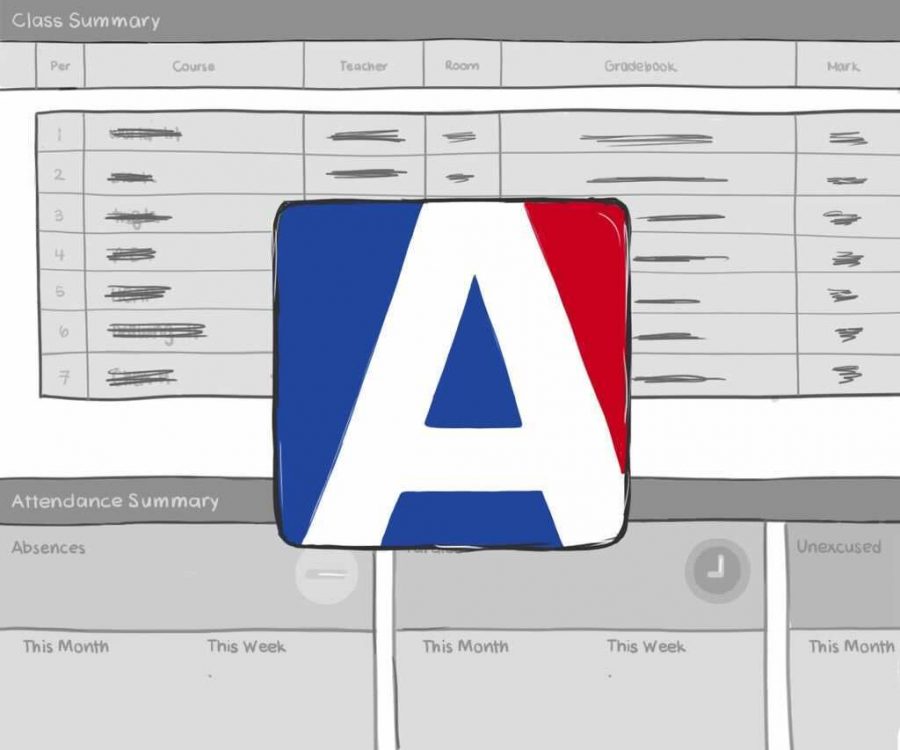 Each year during finals season, the district closes the Aeries grade book, meaning students can no longer check their grades. The district offers this as a way to mitigate student stress — but in reality it does the exact opposite.

On the night of Tuesday, December 16, halfway through finals week, the Aeries gradebook portal locked as it does every year, preventing students from seeing their grades at the most pivotal time of year. The District supposedly offers this as a way to decrease stress and keep students from obsessively checking their grades, as well as to give teachers ample grading time without being bombarded with grading requests.

But for the majority of students, myself included, this has the opposite effect. Just because the grades aren’t visible doesn’t mean they’re not there –– or that we’re not thinking of them. The District’s policy of closing the gradebook during finals week is poorly implemented, ill conceived and indicative of problems with the District’s approach to mental health.

The way the policy is implemented is illogical and hinders more than it helps. Aeries’s closing halfway through finals week feels like an unwelcome and jarring surprise. When the gradebook is locked, students don’t just lose access to their grades, but access to assignment lists as well. Students can’t check for missing assignments, or decide which assignments to redo. This can make or break a grade and is especially imperative during distance learning, when it’s much easier to lose assignments.

On top of that, students are not able to use past assignments to calculate the score that they need on a final to maintain a grade in the class. During the three days the gradebook is closed, many teachers are also putting in new grades from final projects or last-minute assignments. Numbers are constantly changing, meaning that when a student last sees their grade it could be an A, only for it to shift wildly on the final transcripts.

This is what admin is worried about though, and is the precise reason why they close the gradebook. Yet, closing the gradebook in this situation doesn’t actually help students. No matter how much the District may dislike it, students have limited time and need to be able to prioritize. By denying students access to this information, it makes it impossible to figure out where to spend your time studying, and ultimately increases anxiety due to feelings of helplessness.

The District deciding to close the gradebook as a “solution” to students’ stress about finals feels like an attempt to put a band-aid on a gaping wound –– completely useless and unhelpful. It’s concerning because in closing the gradebook, it’s clear that the District recognizes that there’s a problem, yet they’re doing the bare minimum to mitigate it. It’s hard to see how shutting down the gradebook is meant to address the grade-obsessed culture that dominates our school.

A good place for the District to look for actual solutions is in the students. In a poll on The Talon’s Instagram, nearly 80 percent of respondents said that grades should not be hidden during finals week. Even though students have voiced their discontent with gradebook closure for years now, the District ignores it and maintains that they’re taking action to help students’ mental health.

This decision by the District is reminiscent of another controversial program: HAERT. Even though the vast majority of students dislike the program and view it as useless, more stress reducing or even downright insulting, the District continues to push its content. These measures are imposed without due consideration of the opinions of the students –– the ones who have to deal with the repercussions. Both programs are intended to mitigate stress and anxiety, but they’re having the opposite effect. If the District really cared about the mental health of its students, it seems like talking to the students and hearing their opinions would be the place to start.

Listening to students means investing in better stress-relieving programs, ones that students actually want. Normally during in-person finals season, animals are brought onto campus as a way to mitigate stress. This is a fun idea, and something students enjoy doing during finals season. The District has done other helpful things to mitigate school stress too, like creating a rule that doesn’t allow for more than three tests on the same day, as well as enforcing homework-free weekends and breaks. It would be helpful if the District could expand on programs and activities like these, which receive lots of positive feedback from students.

Especially now that classes are online, it’s more important than ever that the District takes the time to listen to students and adapt distanced learning as the students see fit. Actions like these would feel much more genuine — like they were actually aimed at helping students, instead of arbitrarily taking away an important student resource and calling it a successful solution. It’s clear that when the District takes student opinion into consideration, their measures find success.

The only viable long-term solution to mitigate stress would be for the District to reevaluate the idea of finals. There have been multiple studies, such as one by the National Library of Medicine, that show how final exams don’t increase academic performance. Replacing stressful exams with projects could be a way to alleviate the stress of finals, which, though is unlikely to be adopted, might be an option in future years.

I believe that rethinking finals would be worth it, and that looking into the adverse impacts of finals on students should be a priority. Now that we’re in the midst of a global pandemic, and finals compound the difficulties of online school, it only makes sense that they should be reevaluated. The District has many options for how it could potentially deal with student stress –– closing the gradebook is not a good one.

I recognize that the District has good intentions with closing the gradebook during finals week. However, presenting this as a viable and helpful solution to the intense anxiety that students have during finals week feels lackluster and just compounds student stress. It signals that the District recognizes that we’re stressed to an unhealthy degree, yet they refuse to enact any real systematic change that could actually help.