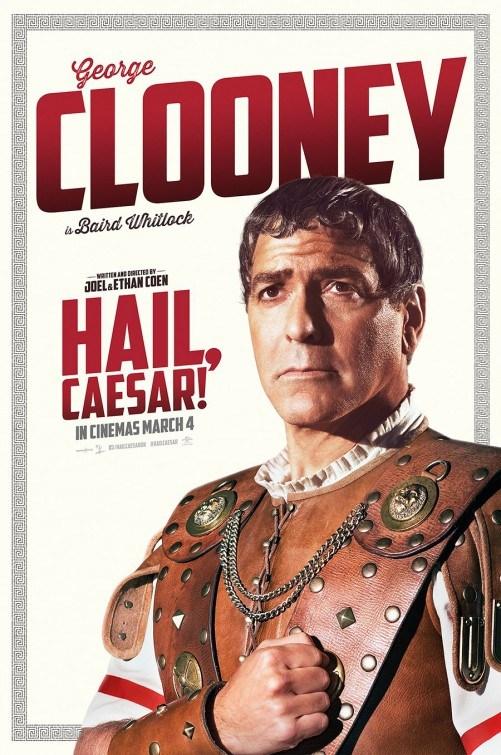 “Hail, Caesar!” is the latest and greatest from the Coen brothers, and is a comedy mixed in among their renowned “serious” movies of past years. Chronicling the day-to-day life of studio “fixer” Eddie Mannix (Josh Brolin) as well as difficult decisions in his personal life, “Hail, Caesar!” is an enjoyable, lightweight twist on modern comedies.

Set in the mid 20th century after the second world war, the movie covers roughly 28 hours of Eddie’s hectic life. In the midst of filming an innovative take on the story of Jesus Christ — titled “Hail, Caesar!” — Mannix and his colleagues at Capitol Pictures encounter multiple setbacks involving an actress’s illegitimate child, a singing cowboy and the kidnapping of Baird Whitlock, the alcoholic centerpiece of the film. A communist group known as “The Future” demands $100,000 for Whitlock’s return, and if Mannix cannot deliver the cash, it’s the end of the line.

One of the most notable aspects of “Hail, Caesar!” is the talented, star-studded cast. The film features George Clooney, Josh Brolin, Ralph Fiennes, Alden Ehrenreich, Scarlett Johansson and Channing Tatum, as well as cameo appearances by Jonah Hill and Dolph Lundgren. Brolin is the perfect Los Angeles movie man — curt at times, sarcastically friendly at others — and Ralph Fiennes wonderfully wears the picky British movie director mask. Tatum marvelously portrays a young, ambitious sailor while Clooney’s own experience as a Hollywood veteran translates dynamically into an enjoyable and convincing Whitlock — disgruntled, drunk, famous and feebleminded. Even more impressive than the roster of actors is the precision and perfection with which each role was cast.

On the surface, one could argue that “Hail, Caesar!” has a severe lack of plot. While an actor being kidnapped does not outline a particularly intricate or unique story, several other factors at play allow the bare plot to be overlooked and even embraced. “Hail, Caesar!” revolves around the numerous subplots of each character, and by keeping the central plot relatively simple, there is room for the characters to grow and develop without overshadowing the main storyline.

The most hearty subplot chronicles Mannix’s personal life. “Hail, Caesar!” invites the viewer into his life by examining the possibility of his leaving Capitol Pictures, and by dissecting the effect on his family of his consistently staying late at the studio. However to the casual viewer, these more discrete subplots are difficult to notice, and as a result, create a sense of disarray. “Hail, Caesar!” appears choppy, jumping from subplot to subplot before returning to the main storyline without any clear cohesion, unless viewed attentively.

On the contrary, if viewed attentively the movie’s web of storylines mesh together to create an intriguing set of deep characters, all with enough backstory to compensate for the shallow yet entertaining narrative.

The Coen brothers’ attempt at a true comedy succeeds without breaking a sweat. Whether the viewer follows the plainer central plot or the more complex combination of subplots, there is substantial comedic value. Character natures are entertaining by themselves — Clooney’s on-screen cluelessness and general gullibility, for example — and when combined with three or four other comical characters, the experience is truly enjoyable.
The film does a fantastic job making jokes appear unscripted by tailoring each to joke to its character. For example, Scarlett Johansson’s character — a grumpy, child-bearing actress — cracks sexual jokes that are perfectly in line with her role’s attitude and nature. The Coen brothers created a film that, regardless of the attentiveness with which one watches the movie, is quite funny. However to the observant viewer, there are more references and subtle jokes to catch, and as the majority of comedy film viewers do not fall into that category, it is a slight drawback.

“Hail, Caesar!” is fantastic but for a single flaw: the easy-to-miss subplots and jokes detract from a casual viewing experience. In order to get the full experience of the Coen brothers’ latest, you have to pay attention the whole time, and for a comedy’s audience, that is a tall task. However, if viewed carefully, “Hail, Caesar!” is more than delightful. A packed roster, spot-on casting, plenty of witty jokes and sly references combine to form a wonderfully enjoyable evening, and an even better movie.