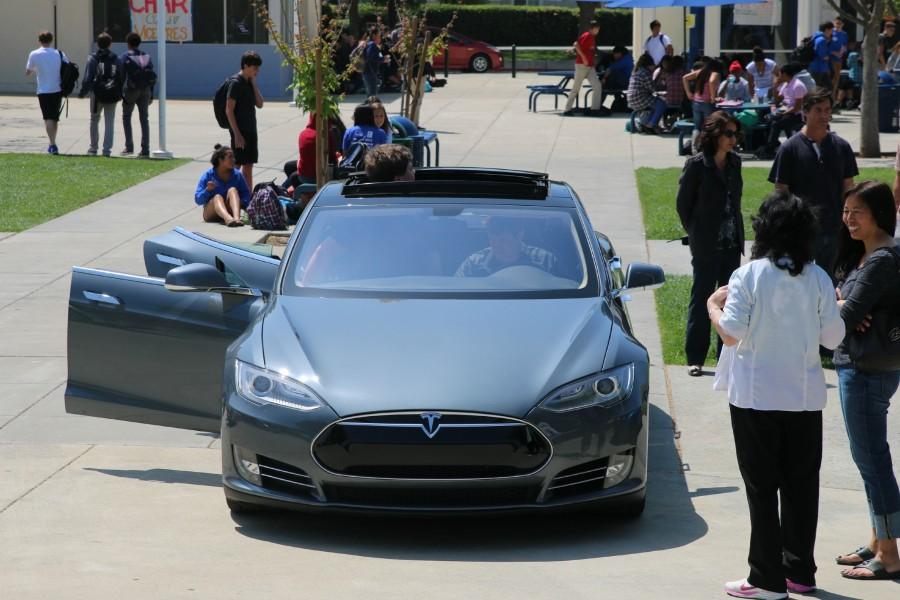 From Monday, April 20 to Thursday, April 24, the Green Team conducted its annual Earth Week celebrations in commemoration of the first Earth Day on April 22, 1970. Similar to the original Earth Day, the LAHS Earth Week’s purpose was to draw attention to environmental issues to make people aware that their actions are having a negative effect on the earth. Throughout the week, the Green Team hosted events which included demonstrations in the quad, short quizzes for prizes and numerous others activities.

“Our goal is to educate students about environmental issues and what changes they can make in their daily lives to be more sustainable,” Green Team president senior Meredith Soward said.

This year featured a much larger turnout than past years thanks to more outreach and different activities to attract students.

“I think [the turnout was larger] because we have more students involved in Green Team who encouraged their friends to show up,” Meredith said. “[It was] partially because of the cookie rewards for participation and partially because our activities were more visible this year.”

This year, activities occurred on Monday, Tuesday, Wednesday and Thursday. For Monday’s activity, the club brought electric vehicles into the quad to show them to students.

“We chose this activity to start the week because it’s educational and environmental, but it’s also really interesting and fun for the students,” Meredith said. “Shiny cars in the quad attracts peoples’ attention.”

On Tuesday, the themes were water and renewable energy. Although originally planned to be hosted on Friday, the renewable energy event was moved to Tuesday along with the water theme due to conflicts with the annual ASB dodgeball tournament.

“[On Tuesday] We gave out cookies and succulents to students who answered questions [about water and renewable energy],” Meredith said. “We also had a solar cooker… used to make nachos and cookies which we gave out to students. We wanted to do Water Day after our Water Week activities were so successful, and Renewable Energy Day was a new theme this year so we could bring peoples’ attention to the positive effects of renewable energy.”

Wednesday was a spinoff of one of the Green Team’s monthly Anything But the Car Days. In order to avoid conflict with the dodgeball tournament, students who biked or walked to school received a ticket for a free smoothie generated by a blender bike after school rather than during lunch.

Earth Week concluded on Thursday with a recycling and compost relay during brunch. Students competed against each other to see who would sort food items into the right bins fastest in order to win cookies.

In the future, the club looks to improve its Earth Week even more than it has in past years.

“We’d prefer to have lunch activities all five days as we had planned, because brunch activities and afterschool activities tend to reach fewer people than lunchtime activities,” Meredith said. “We’d also like to have more thorough publicity next year, which we weren’t able to do this year because of the last minute change of timing.”

Overall, Earth Week was a massive success for the Green Team and they look to replicate their success next year.