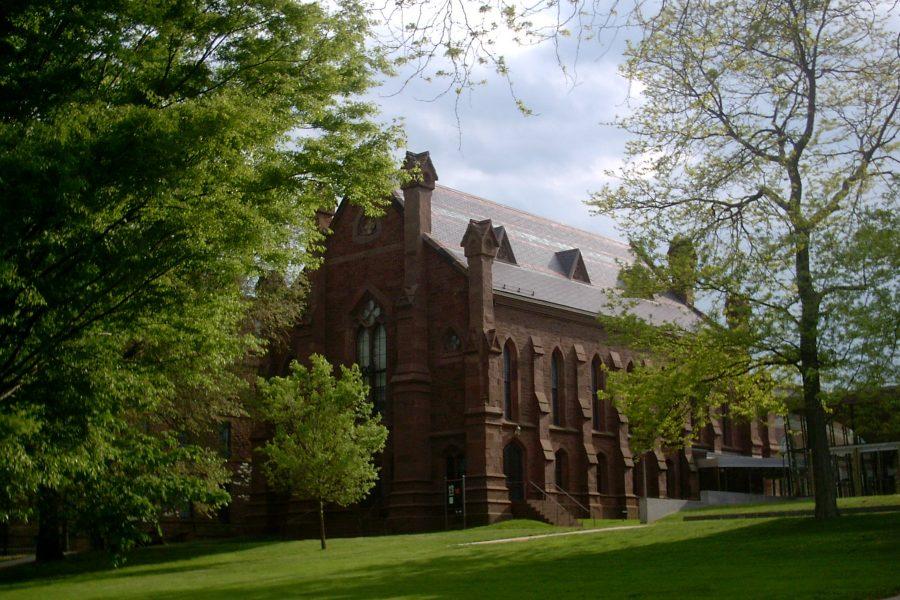 Wesleyan University in Middletown, Connecticut is one of many schools to go test-optional. Photo by Wikicommons user Steadyjohn.

Many high school upperclassmen and their parents have, by now, begun to make sense of the college admissions process. One of the most well-known aspects of this process is the standardized test: students pay to take the required SAT or ACT, then send in the scores they receive. But many schools have begun to remove the standardized test requirement from the application. Doing so will not only represent a step towards a more fair and accessible education system, but will grant students a much-needed choice.

What I have just described is known as “test-optional” admissions, and there are hundreds of schools that have adopted it. Among them are such liberal arts stalwarts as Bowdoin and Wesleyan, larger private institutions like Wake Forest, and a number of public schools, including many CSUs. It’s obvious that this movement is growing: every year, dozens of schools add their names to this list. But why? Let’s begin by looking at the test itself.

Both the SAT and the ACT have historically followed a trend: white and Asian students perform the best, while Latino and black students score much lower. A 2015 study from UC Berkeley that analyzed data from all applicants in the University of California system showed that race had become the strongest predictor of SAT scores, with other factors like family income coming in behind it. If increasing campus diversity remains a central mission of the modern era of admissions, college administrations should take note of such glaring patterns.

There are still other points to be made. Here’s a big one: standardized test scores, which are supposed to act as an indicator of future college success, simply don’t fill that role. A number of studies have concluded that the SAT and ACT are both inaccurate predictors of college achievement (typically measured in GPA). A January study published in the Journal of Educational Psychology compared almost 500,000 students across a variety of colleges around the nation and concluded that, in hundreds of thousands of cases, a student’s SAT scores over- or underpredicted their college GPA.

What’s more, a 2014 study by Bates College compared the GPAs of more than 100,000 college students at test-optional schools and found no significant difference between the students who chose to submit their scores and those who did not. So what is the best way to see how a student will perform in college? The common conclusion reached in all of these studies points to high school GPA more than anything else as the single best data point.

This also brings up another question: Why aren’t these tests good at predicting college success? More than anything, the SAT and the ACT rely on an ultimately irrelevant kind of knowledge: understanding of the test’s inner workings (what answer do they want you to pick, and which one is really correct?), rote memorization of trivial grammar rules, and process-of-elimination games that do little to actually test a student’s core understanding of a subject. Such tactics will never be used in college, much less the world outside of the testing room.

Standardized tests will also never be able to measure a student’s motivation, interest in an area of study, creativity or resourcefulness. At the end of the day, it is these skills, even more than fixed intelligence, that may truly determine college success.

This is where the idea of test-optional admissions really comes into play. In this scenario, a college will allow students to have their choice of submitting scores, without any preferential treatment given to submitters. Wesleyan University’s official testing policy states that “test scores will be reviewed in a holistic manner, in the context of other application materials and indicators of ability and promise.”

This policy, which mirrors that of nearly every other test-optional college, means that every aspect of a student’s application will be looked at with equal weight — when choosing students to accept, admissions officers will look at the student’s application as a whole. This means that the high-achieving student with lower-than-average test scores won’t be at a disadvantage when applying to a selective school. Similarly, a student with high test scores but little else to boast of will not be given a boost.

But what’s stopping colleges from simply deciding not to look at test scores at all? A very small number of schools have actually done this, but there’s still a case to be made for keeping the choice, and it hinges on just that — choice. If a student wants to submit their scores, there shouldn’t be a restriction. The SAT and the ACT are flawed, but they are still some of the only other measurable, numbers-based parts of a college application. If your grades are low, test scores may be a welcome addition, if only to show that you at least have some sort of capacity for academic work.

But by removing the onus of testing requirements, colleges can get a much more personalized sense of who you are as a student. They will look at every aspect of your application: your high school performance, your essays, your recommendations, your activities and perhaps, your test scores, but only if you want them to be considered. This can substantially increase the pool of qualified applicants, allowing for colleges to admit the most exemplary students, not just those with high scores. Implementing a test-optional policy will allow for a more fair and balanced admissions process by putting a much-needed freedom in the hands of students.