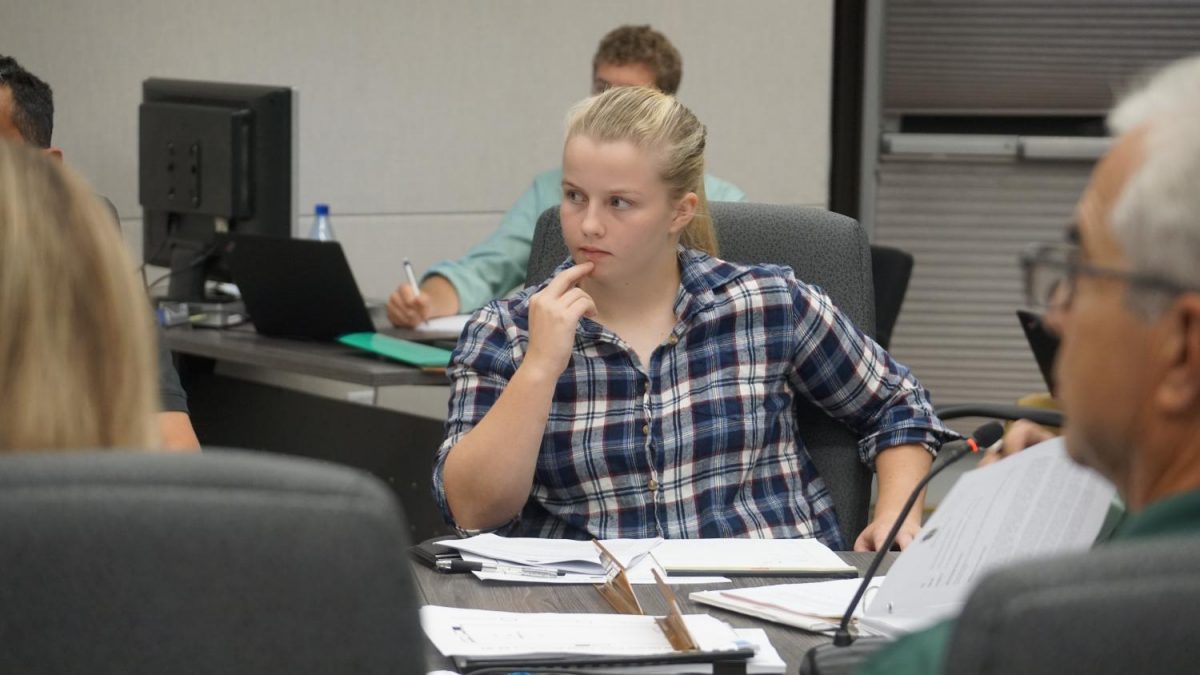 The only student working on creating a dog park in the city of Los Altos is junior Grace Lilygren. As a recently appointed commissioner for the city’s Parks and Recreation Commission, Grace is believed to be the first teenager to ever serve the city in such a role.

After getting a spot in the City of Los Altos’ Parks and Recreation Commission — which manages the city’s parks and their use —  Grace aims to give feedback from teenagers that adults wouldn’t think about. But she faces the unique challenge of being the only child in the city chambers.

“I’m concerned that my comments might be invalidated and that people think I won’t be able to do it just because of my age,” Grace said.

Neysa Fligor, the current chair of the commission, recommended Grace apply for the commission. After Fligor moved to Grace’s neighborhood in 2010, she got to know Grace and her family, occasionally coming over for discussions about the city and high school.

“I picked Grace because I’ve known her for a few years and observed her grow up for the past few years,” Fligor said. “She’s responsible, articulate and cares for the community. I thought she would be an excellent candidate.”

Although Grace had no prior experience with the city or parks and recreation, the idea of applying for the commission piqued her interest because it was something she’d never thought about before.

In May, Grace sent her application to City Council, and in June, council members appointed her and another applicant to the commission after public interviews. Grace will serve until her term expires in March 2019 — commissioner’s terms normally last four years but she’s finishing the term of a commissioner who resigned earlier.

As Grace continues to serve on the commission, she says she believes she’ll acclimate to being the youngest person in the room. Fligor says she already has.

“She’s been doing wonderful so far,” Fligor said. “She spoke up a couple times at our first meeting which is impressive. At her interview with City Council, people were very impressed by her composure. She’s not shy about talking, she’s happy to contribute and she’s already given ideas.”

Along with serving on the main commission, Grace volunteered to be part of the subcommittee on dog parks. There, she’s attempting to gauge whether residents want a dog park in Los Altos or not, and if they do, where it should go and what should go in it.

Another challenge Grace faces is balancing her workload as a commissioner and her workload as a high schooler. Her most recent meeting, which was on Wednesday, September 13, lasted four and a half hours and took her by surprise.

“It was just really stressful,” Grace said. “I didn’t get a lot of sleep because I had a huge physics test and a huge math test.”

Again, Grace said she thinks the longer she serves, the more she’ll learn to manage her time.

“Part of it was just not knowing, because I thought the meetings would be two or three hours max,” Grace said. “Now knowing that these meetings can run for four and a half hours or five hours, I’ll plan my schedule around them by getting a jump start on my homework and planning my week so that Wednesdays are a lighter load.”

From her experience on the commission so far, Grace says she’s grateful she’s met people as a commissioner she wouldn’t have as a high schooler, and she’s learned more about how much work goes into maintaining the city’s parks.

“I’ve gotten to meet this entire different part of Los Altos,” Grace said. “I see all the work people have to go through to maintain everything and keep everything running.”