Opinion: Governor Newsom’s proposal to suspend fitness tests is a step in the right direction 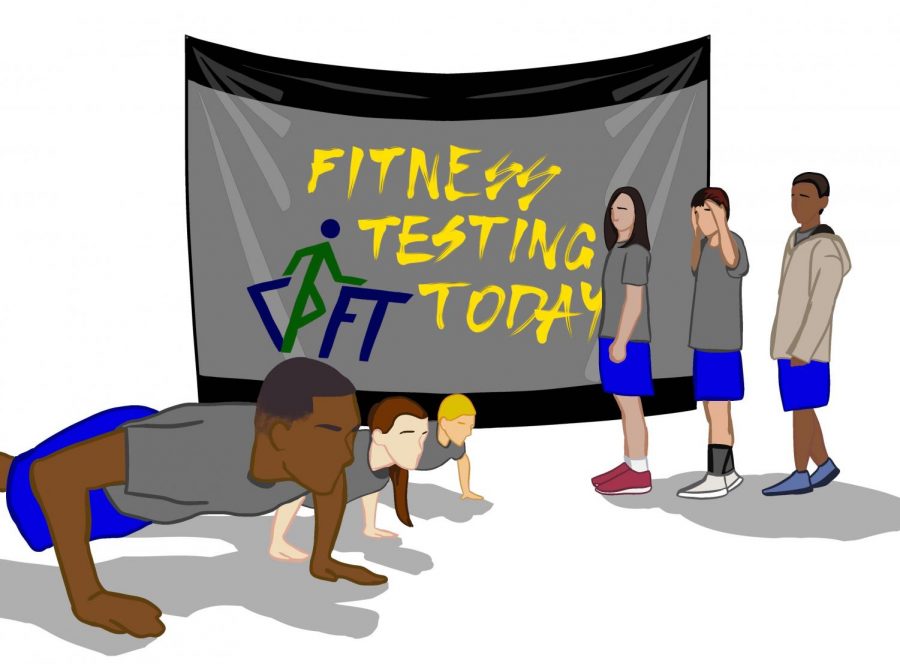 Every May, the majority of California freshmen take the California state standardized fitness test, completing activities like the 20-yard shuttle run, sit-ups and push-ups in an attempt to meet standards determined by age and gender. Next year, though, students may not have to take the state fitness test. Citing concerns about mental health, body-shaming and the enforcing of a gender binary, California Governor Gavin Newsom proposed using the next three years to halt these fitness tests and find an alternative.

And that’s a good thing. Right now, standardized fitness tests often cause an increase in anxiety for a certain demographic of those taking it, including students who face bullying for their physical abilities, and transgender, genderfluid or nonbinary students.

To be clear, I’m not saying physical fitness isn’t important. Many of those against suspending the fitness tests make the argument that it’s an important tool to monitor and encourage student fitness. According to the CDC, in 2015 and 2016, about one in five people aged six to 19 were obese. One of PE teacher Bob McFarlane’s major concerns is that fitness is becoming less and less of a priority, and students are becoming more and more unhealthy.

However, our current state fitness tests attempt to maintain physical fitness at the expense of the emotional well-being of some students, and it’s not the only way for students to maintain physical fitness. According to McFarlane, even if state fitness tests were to be suspended, he would make his students work out just as hard as he does now. Suspending the fitness tests won’t be at the expense of overall student fitness. All Newsom is really doing is removing one specific event that causes a spike in anxiety for some students.

Body mass index is also an inaccurate way to test fitness, as it doesn’t take into account muscle mass or aerobic capacity. Based on body mass index, Dwanye “The Rock” Johnson would be considered obese, yet most of us would disagree with that assessment. Because muscles weigh more than fat, muscular people, like Johnson, can be incorrectly classified as unhealthy. This has the potential to skew students’ perspective of health and further lower self esteem.

Furthermore, standardized fitness tests can give bullies yet another opportunity to hurt their classmates. Is it really necessary to force a student to be weighed by their teacher, potentially in front of their peers? The impacts of PE-related bullying can have negative consequences beyond lowered self-esteem: students who are bullied in PE classes are less likely to be physically active one year later, according to a study published in the Journal of Pediatric Psychology.

Additionally, state fitness tests operate under a gender binary which puts nonbinary, transgender and genderfluid students in a problematic situation. These students are either forced to come out to teachers and classmates, or they are forced to take the tests as a gender they do not identify with.

At the end of the day, physical fitness is important, but our current state fitness tests aren’t effective because of the anxiety they cause many students. By cancelling the fitness tests for the next three years, Newsom is giving the state time to find an alternative that is less detrimental for all students. Maybe it’s a more holistic evaluation of fitness. Maybe it’s a test with results that are less obvious to other students or cancelling the state fitness tests for good. At this point, we don’t know, but at least now we have a plan to find out.