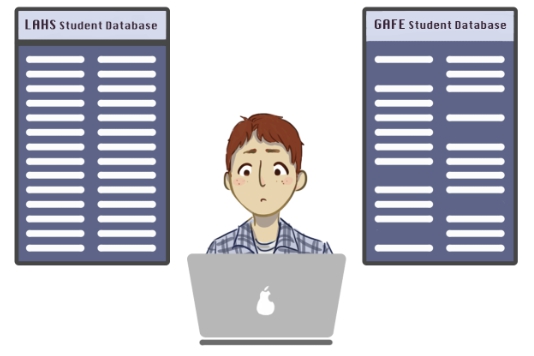 “There are definitely some data problems,” Assistant Principal Galen Rosenberg said. “In it that there are some students at Los Altos High School, enrolled right now, that don’t have Google accounts. [The IT people] know that for sure, that’s why they’re doing the synchronizations.”

The problem stems from Google databases being required to synchronize first with the school databases in order for those MVLA accounts to be created.

“So if you show up in October, in the middle of Los Altos High School,” Rosenberg said. “That day you’re in our database, but you won’t be in the Google database until sometime later when they do the synchronization. This sort of thing happens all the time when you’re meshing databases.”

At the moment, Rosenberg will hold off on putting out surveys to gauge student reaction to the new system.

“Not for a while yet.” Rosenberg said. “People need to get settled in to use [Google Classroom]”