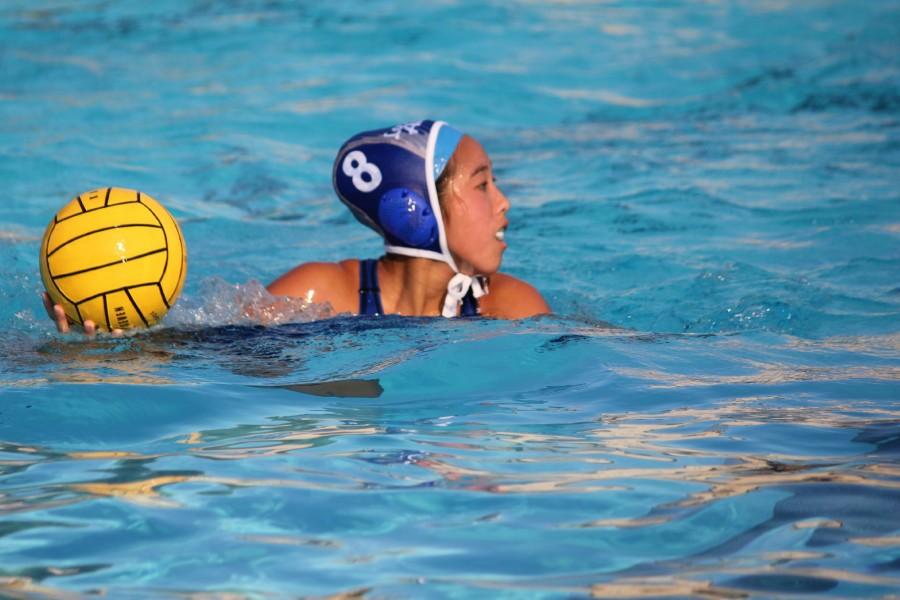 The varsity girls water polo team took its first league defeat on Tuesday, October 13, to the Los Gatos Wildcats in a low-scoring 3-5 game. In the two previous encounters, the Eagles have always had extremely close games against Los Gatos. Their first non-league game ended 4-5 in favor of Los Gatos, and the second encounter ended 6-4 in favor of Los Altos during league play. In this second league matchup, Los Gatos was able to take the lead in the first quarter and maintain a solid defense to close out the game.

Sophomore Brynn Walther drew the game back even with a goal off of a 6-on-5 advantage, tying the game at 1-1. However, Los Gatos struck right back to retake the lead 2-1, and then added one more to take a 3-1 lead into the half.

The Eagles came out strong out of the break. Senior Julia Suh was able to steal a goal on a counterattack to bring the score to 3-2, but once again the Wildcats were able to answer with a goal of their own to bring the lead back to two goals. The Eagles were able to solidify their defense by not allowing the Wildcats to shoot from the perimeter, which had allowed goals in the first half.

Los Gatos opened the fourth quarter with a goal to stretch their lead to the largest of the night at 5-2. Sophomore Julia Santos pulled one back to cut the Wildcat lead to 5-3, but the Los Altos comeback came up short, and Los Gatos won by a two-goal advantage.