Girls water polo starts off strong with win against Harker 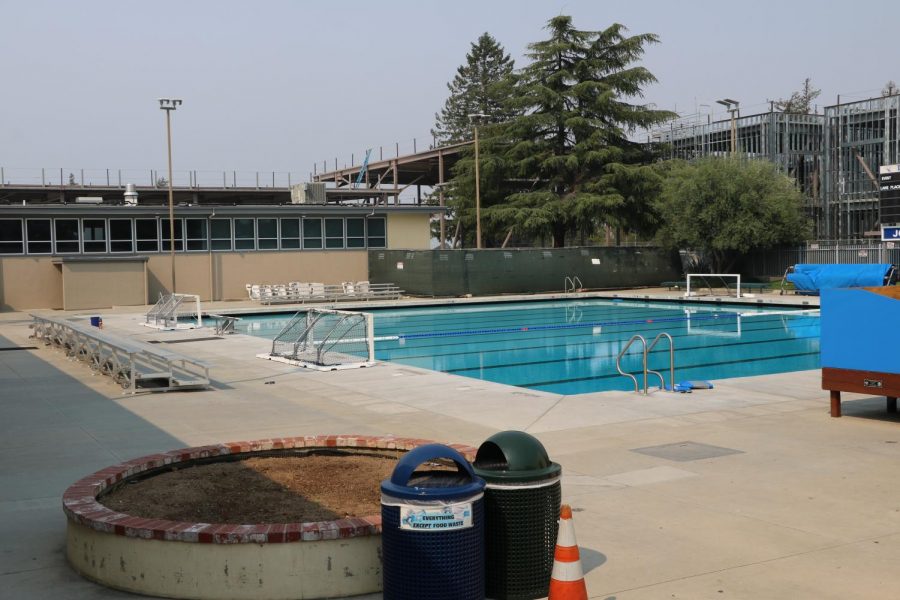 In their home pool, the girls water polo team started off their season with a win. With a specific focus on communication, the team efficiently navigated the water and made their defense a force to be reckoned with.

With the sun shining on their blue caps and their families waiting in anticipation on the bleachers, the starters leaped into the pool, yelling out their signature, “Let’s go, ladies!” Spirits were high and the pressure was on the athletes to prove themselves in the first game of the season. The Eagles pulled through, and the varsity girls water polo team defeated Harker High School 10–7 yesterday in the LAHS home pool.

Within the first few minutes of the game, Harker was ahead by two points. The energy in the stands seemed to deflate slightly, but the girls remained unfazed and confident. With the constant encouragement and direction from head coach Katie Tasman, they pulled into the lead before the second half.

“[Tasman]’s support has really helped me gain confidence in stepping into my role as a shooter,” senior May Jiang said. “She never tells someone not to go for a shot.”

LAHS continued their lead through the second half and stepped out of the water victorious. It would seem that walking away from the first league game with a win would be the perfect ending to a day of hard work, but the girls are always looking to the future. With many more battles to fight in the coming weeks, this win was simply a small reward.

“Harker was a team that we could have defeated more easily, or at least not let them score as much as they did,” May said. “We definitely still have a lot of work to do before our next game.”

As the Eagles prepare to face higher competition as the season goes on, they are focused on improving their communication — specifically, echoing the coach’s direction so that everyone is on the same page. Without the ability to read lips because people on the sidelines are wearing masks, verbal communication has become much more important.

After their victory, the girls gathered at the poolside to enjoy homemade cookies. With one win behind them, they walked away ready to train even harder and tackle their next opponent. The Eagles will face Gunn High School in their next game on Saturday, April 24.