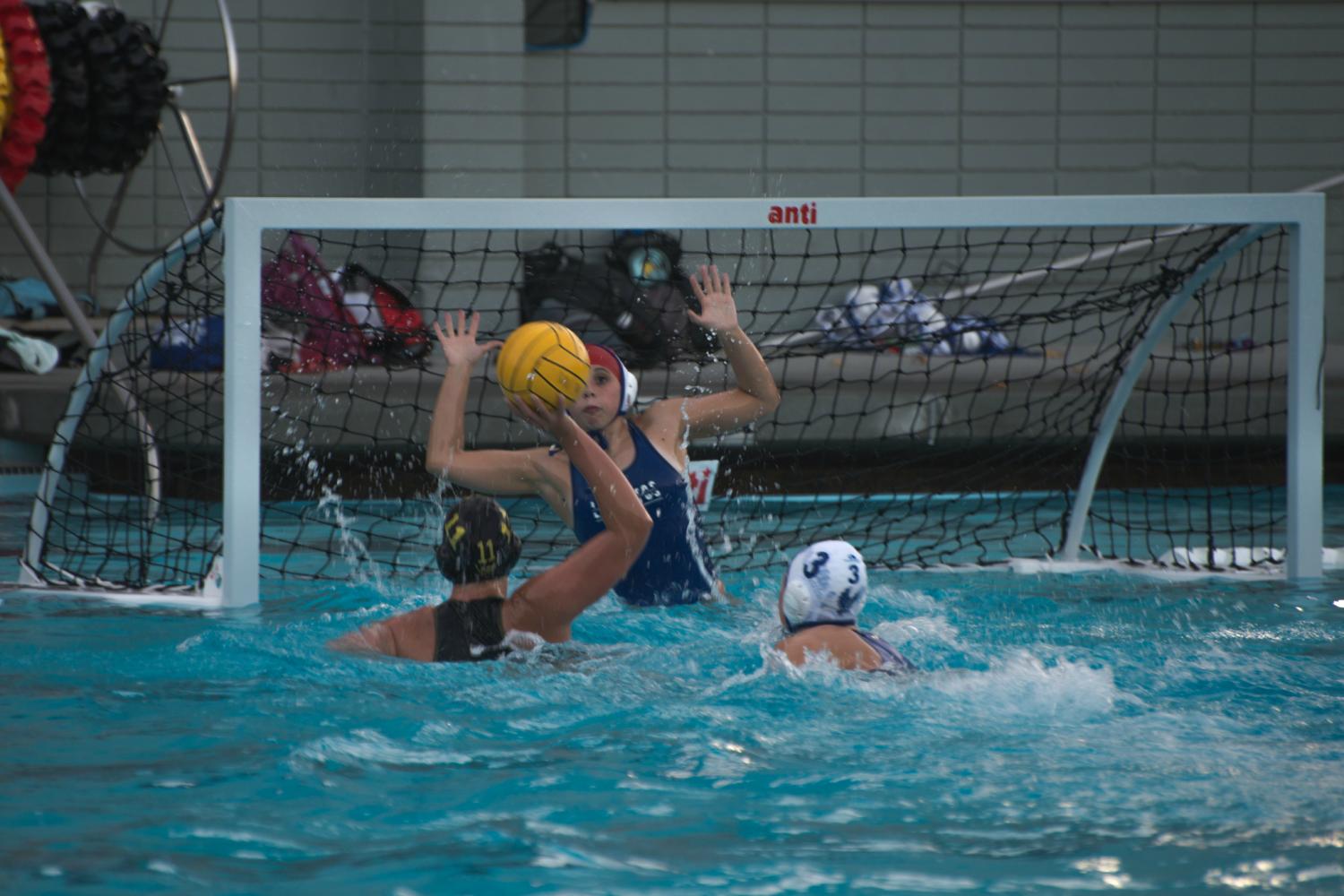 The varsity girls water polo team narrowly lost in an away game to Mountain View on Tuesday, September 12, with a score of 13-10. The Eagles had a 4-2 league record going into the game and were up against a 1-0 Mountain View side.

In the first quarter, Mountain View scored first, but the Eagles responded with an equalizer from senior Brynn Walther. Mountain View went on to score three more goals to put them up 4-1. The last goal of the quarter was a stunning long shot by Julia Santos, who launched a full court shot into the net to make it 4-2.

The game didn’t get better for the Eagles in the second quarter, as the deficit increased to 8-3. Despite heroic saves from junior goalkeeper Alex Warren, Mountain View was able to move the ball close to the goal and score close-ranged shots. The Los Altos offense was often dispossessed due to high defensive pressure from the Spartans. Los Altos scored their only goal through junior Cynthia Lee.

The tide turned in the third quarter as the Eagles scored five goals to Mountain View’s one. The first goal came from sophomore Silke Tuyls, who was given enough room to comfortably shoot the ball into the right corner to make it 8-4. A shot from the Eagles hit the crossbar, was lobbed up in front of goal, and was pushed in by sophomore Alesia Piercy to make it 8-5. Julia Santos got the ball in front of a defender, pushed upwards and fired a shot into the top left corner to make it 8-6. Then a long pass was played across the pool to Santos again, who maneuvered past a defender and lobbed the ball over the head of the goalkeeper to make it 8-7. Mountain View then started to put on offensive pressure, attempting three longshots, one going in at the near post from a difficult angle to make it 9-7. The final goal came from Santos, who received the ball in front of goal and fired a shot into the top left corner to end the third quarter at 9-8.

“I think we weren’t ready to go right from the get go,” Coach Katie Buzzetta said. “We were a little slow to get started in there in our counter and our defense, so it took them two quarters to wake up, and once they got it going they turned it on pretty well.”

Mountain View pulled away at the beginning of the fourth quarter, scoring three quick goals due to a disorganized Los Altos defense to expand their lead to 12-8. With five minutes left, Los Altos fired back with two goals coming from Tuyls and Santos, both twisting away from defenders and scoring from close range to make it 12-10.

With less than two minutes left on the clock, Mountain View scored again after dispossessing Los Altos close to their goal and scoring from close range to make it 13-10. The last goal of the game came with 1:30 minutes left, as Tuyls netted the ball into the right corner close to the goal to make it 13-11, scoring her third of the game. With less than 30 seconds left on the clock, a Los Altos goal was called back by the referee controversially due to an alleged foul.

“Going forward, every game is a new game whether it’s the same team or a different team,” Buzzetta said. “You just gotta keep your head up, stay positive, and keep pushing forward, keep pushing each other in practice and games.”

Los Altos hopes to bounce back in their next league game at home against Los Gatos on Tuesday, September 19.