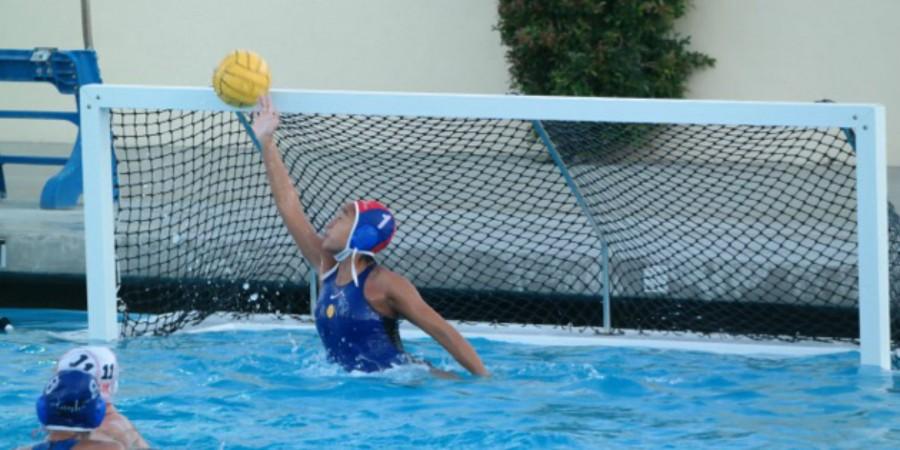 On Thursday, September 17, varsity girls water polo crushed Lynbrook 15-1 in a decidedly one-sided game that saw strong offense from the Eagles to cement the win.

“It’s a very good start to our season,” junior Kayleigh Peterson said. “I think we played really well as a team and there was a lot of great communication. No one was working as an individual. Everyone was working together.”

The match started with a goal by senior co-captain Christina Pao, which was followed by another at the minute and a half mark. A minute later, the Eagles scored again, bringing the score to 3-0 before Lynbrook scored its first and only goal of the match three minutes in. By the end of the first quarter, the varsity girls had edged themselves to a 4-1 advantage.

After a two minute break, play resumed into the second quarter, which saw the Eagles score six more times, including a goal in the last 30 seconds of the quarter. In addition, senior goalkeeper Julia Suh led a strong defensive surge, saving three shots over the course of a minute to go on par with Lynbrook’s shooters.

Despite ending the game with five more goals, the second half of the match for the Eagles saw less intensive scoring and a number of turnovers in the fourth quarter which coincided with three substitutions. In spite of the errors, the team ended the game with two solid goals by Christina, the latter of which sealed the win. Christina credits a sense of strong team coordination and spirit that helped the lady eagles emerge with a decisive win over Lynbrook.

“What’s making me really excited for the season is that we’re such a cohesive team,” Christina said. “And we’ve played together almost all year round on the same club team on the same high school team, [therefore] everyone just gets along so well. It really shows in our play.”

Despite being heavily favored to win the match, varsity head coach Katie Buzzetta treats every game seriously and each opponent with the same respect.

“[Even though they] came up from a lower division, there’s never a game we want to take lightly,” Buzzetta said. “We want to go into it focused and trying to keep our goals in mind. I mean they came out really strong and put up a good fight; I was really impressed with how Lynbrook played.”