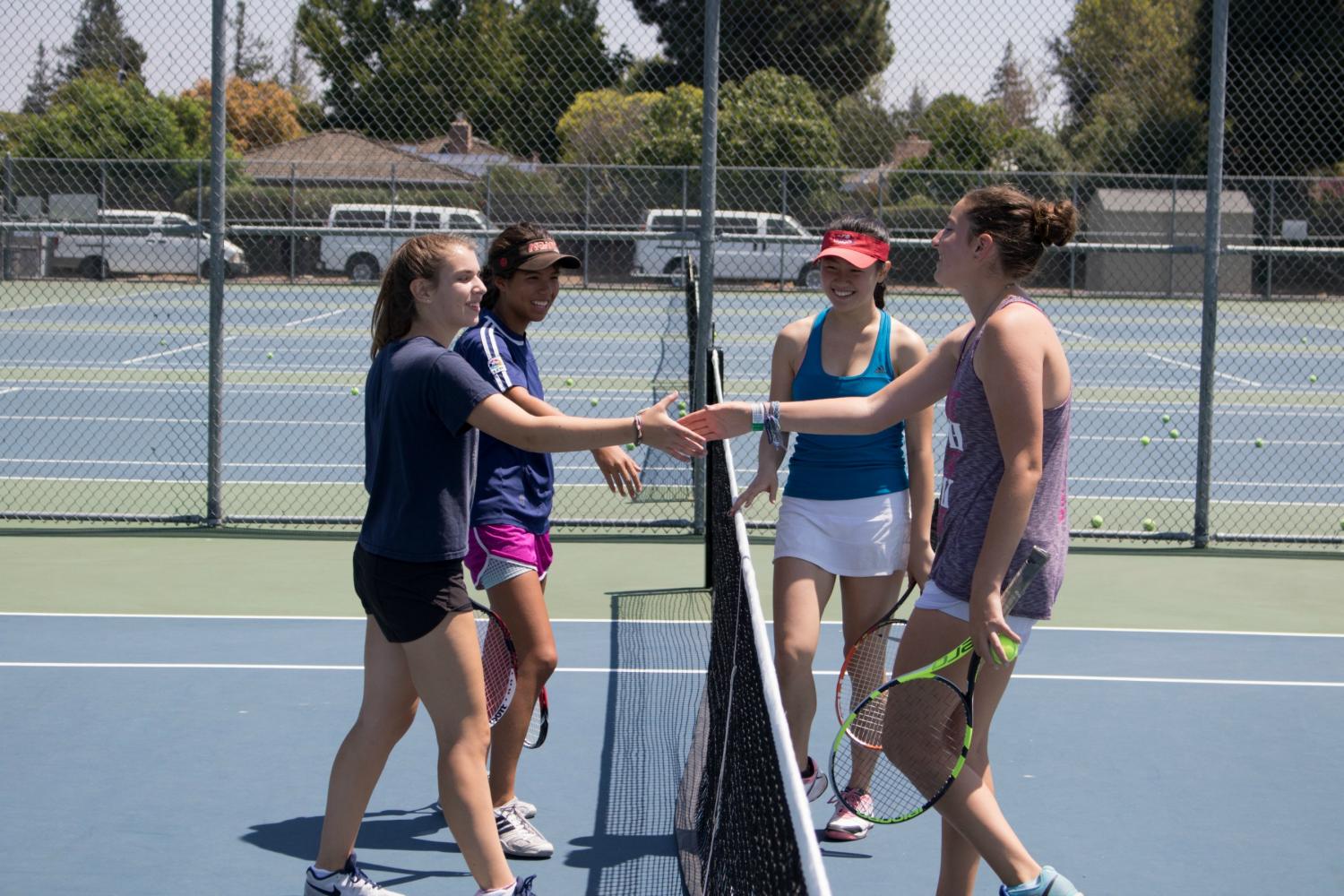 After a successful season last year, finishing with an overall record of 17-4, coming second in leagues, and making it to CCS for the first time in four years, the varsity team is ready to continue their success this season. Despite adjusting to the loss of senior captains Sydney Sukhdeo, ‘17 and Tessa Hocquet, ‘17, the team is excited to welcome new members.

Building off of the momentum of last season’s success, they aim to move up to a higher division this season, the De Anza League. They believe the key to achieving this goal will be building close relationships and a supportive atmosphere among teammates.

“Sydney and Tessa will be missed since they were such great leaders and motivators of the team, but we’ll have them with us in spirit and fight just as hard,” senior Nadia Ghaffari said. “It would be great to make CCS again this year as a team, but regardless, as long as we’re all putting in our best effort and enjoying our time on the courts, that will be the greatest accomplishment.”

In part because of the close bond the girls shared throughout the year, fostered by long bus rides and weekend tournaments in Fresno, last season’s win-loss record grew substantially from the year before when they only won one game out of 14. The returning team members want to make new teammates feel comfortable with everybody else through team bonding.

“The fact that we’re always together and playing tennis for two days is great for team bonding,” senior Aline Wu said. “Riding on the bus to games also allows for team bonding. We often play music and tell stories to get to know each other better.”

To achieve their goal this year, the team is prepared to put extra effort into both improving their skills and being more supportive of their teammates during games. They aim to focus on minor, yet important, efforts to support each other, such as making sure to always cheer for their teammates despite being tired after their own matches.

“At times we all could have done a better job of cheering on our teammates after our own matches,” Nadia said. “Cheering on each other really helps everyone play at a higher level.”

Team chemistry changes year after year as seniors depart and new players join, but the faster the team can connect, the farther they will go.

“How far we go depends on how much depth we have,” Head Coach Hung Nguyen said. “In tennis you need depth. You can’t have one good player. You have to balance that.”