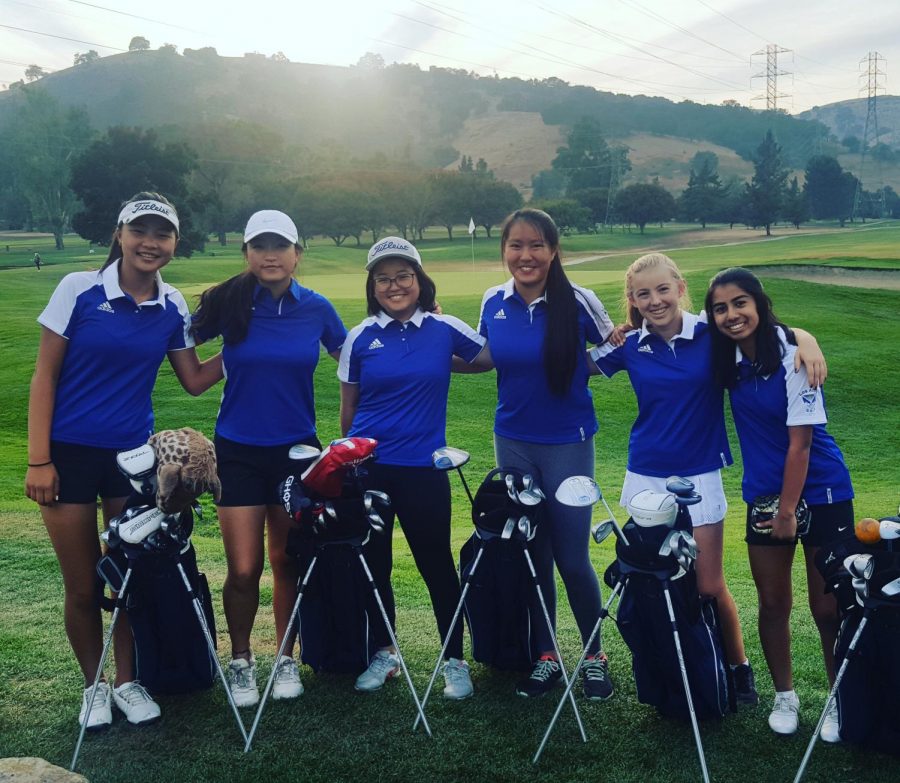 The girls golf team’s second season has been above par, with a group that is thriving with after moving into the SCVAL El Camino lower division. Despite placing second in their league, the players have a larger battle: performing better to break common golf stereotypes — like the perception that all golfers must be old and male.

The stereotype’s prominence has been a barrier to making girls golf an established team at Los Altos since its creation last year. Although the team’s success has played a role in increasing recognition for their players, the players still say many are surprised to hear that a girls golf team exists. The community’s acknowledgement of the team is important, as they seek greater recognition along with a larger support group at school.

As a second year team member, junior Natsumi Hayashi experienced questions about the existence of the team last year. But before her time with the team, she was similarly unaware of the large group of high school female golfers that competed at tournaments around the area, much like many of her peers today.

“Some people didn’t even know that golf was allowed for young people,” Natsumi said. “Even for me, before I started golfing, I thought golf was for old men.”

The team’s relative anonymity at Los Altos and golf’s association with “old men” was initially a challenge for freshman Annika Gaglani, who played both water polo and golf before coming to Los Altos. She chose golf when she was forced to choose one sport to play, even though her peers questioned the sport’s popularity and the team’s size.

“It was hard because you get a lot of pressure from other people [that say] you shouldn’t do golf because it’s not a popular sport and the team is so small, but I was able to make friends and find people who I could be on the team with,” Annika said. “I’ve gotten a lot of [questions], and I’m a little embarrassed [by] it, but I don’t want to be because they don’t really understand.”

But wearing her golf uniform and carrying golf clubs around school on tournament days helped bring awareness for the team to her classmates according to junior Brynna Mitchner.

“There will always be the stereotype of rich old men playing golf for business meetings,” Brynna said. “But the fact that we have a golf team and we’re doing really well … will help break the stereotype. Even though that may be one portion of the group that plays golf, seeing people play here shows that more than one type of [person] can play this sport.”

The team also aims to teach more beginners as their numbers expand. Three of the players are juniors, and in the absence of senior golfers, they have taken on unofficial leadership roles. Brynna began playing golf during the summer of 2015, allowing her to draw from her previous learning experiences when teaching beginners.

“It’s cool because the juniors are also the ones that played last season, so we were ready to take on a leadership role because we had been here before,” Brynna said. “Golf can be really frustrating, [but] I know what was helpful for me when I was a beginner, so I can use that to help other beginners.”

Natsumi dedicated time to teaching new members about the various rules in golf and helping them focus on their own game.

“We’d have to explain to them every single rule, and golf has so many rules,” Natsumi said. “I had to constantly keep talking while playing [which was] really hard because you need to focus whenever you hit…but they learned a lot and it was really fun. We juniors, we try to help them whenever we can.”

And with their success this year, the team’s hard work has paid off. Both experienced and novice players have contributed to tournament wins.

“Everyone, especially the beginners, are really proud of how far [we’ve come],” Annika said. “There were a lot of other people that dropped another sport to do golf, [so] I’m really happy that they’re proud to be a part of the team.”

In the future, the team hopes to increase awareness for their success at Los Altos and continue to show that girls in high school are capable and proud of playing golf.

“A lot of people don’t know that girls golf exists,” Natsumi said. “We’re part of your athletic program. This isn’t a sport [where] we can get support by people watching us, because each match is three to four hours, [but] it would be really cool if people actually came to watch us. Although it’s only our second year having a team, [we are] definitely getting better.”