Getting to Know Michelle Noeth 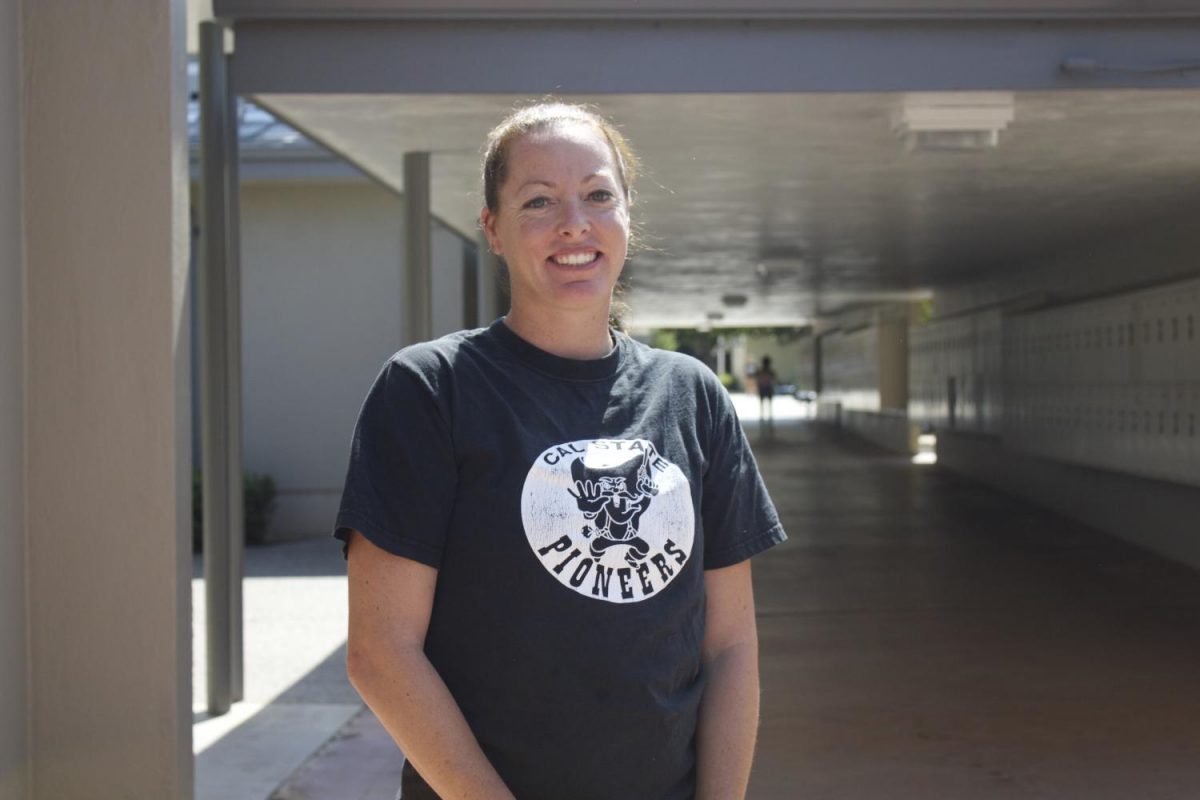 By Priya Dixit and Ian Tseng

Athletic director Michelle Noeth’s office features stacks of forms and laminated cards spread out over desks. Miami Dolphins pennants adorn the walls. Noeth herself moves about the room, pausing to clack away at the keys of her computer and speak into her walkie-talkie.

Filling in the shoes of former athletic director Kim Cave, Noeth has hit the ground running, undertaking the task of managing all of Los Altos’ athletics. Her role encompasses everything athletic, from finding coaches to clearing athletes.

Noeth ran track and cross country throughout high school and continued both sports in college. Before she came to Los Altos, Noeth taught PE at a high school in Pacifica. In addition to juggling four periods of PE a day, she applied for the position of athletic director in order to expand her horizons. In her new role, she implemented ideas such as creating handbooks for coaches in order to increase the efficiency of the athletic department.

“You never know what’s going to happen, and nothing’s gonna happen if you don’t apply, so I did.” Noeth said. “It wasn’t [originally] my goal to become an athletic director, but once I did, it was [about], ‘How can I make the program better for athletes and parents?’”

“She’s very positive,” varsity girls and junior varsity boys tennis coach Hung Nguyen said. “I’m pretty sure there’s an adjustment stage she has to go through, but so far it’s been a pretty good experience. She’s very supportive of the teams and all the sports. It’s good that she’s very involved in the social media part [of athletics] as well.”

At Los Altos, Noeth has taken on similar duties to her previous position at her old school.

Her job requires many tasks, such as finding coaches, clearing athletes, learning bylaws to every sport and league, managing home games, putting signs up, social media promotion —  and more.

“The sky’s the limit,” Noeth said. “Pretty much anything you think of athletics.”

While Noeth finds these aspects of her job rewarding, she also faces hurdles. Her toughest challenge is managing her priorities in order to create a balance between work and her personal life.

“If you’re working from 6 in the morning to 10 at night, you’re still not caught up on what you need to do,” Noeth said. “So at some point you do need to have that personal time too… and balance between letting your job take over your life and spending time with your family. Like an athlete, as an athletic director you’re also [being] pulled in many directions.”

When she isn’t busy with her duties, Noeth enjoys running, fishing, working out with other PE teachers, playing with her dogs and spending time with her husband. However, an aspect of her job that she finds as fun as her hobbies is watching students compete at Los Altos sporting events.

“Anybody can improve at practice, but in a game situation that’s when I feel people’s true colors come out,” Noeth said. “If your team is losing, are you the type of athlete who puts their head down and basically just shuts down? Or are you the motivator athlete that, no matter what the score is, is trying to support your team?”

In spite of the challenges that her many responsibilities pose, Noeth has enjoyed the supportive atmosphere created by students and staff at Los Altos so far.

“A lot of people that I’ve met have been super friendly, super helpful,” Noeth said. “Some kids with past responsibilities have stepped up and introduced themselves. Every school you go to they have different protocols for things, traditions, and procedures, and [Los Altos] staff have been very accommodating and the students I’ve interacted with have been awesome.”