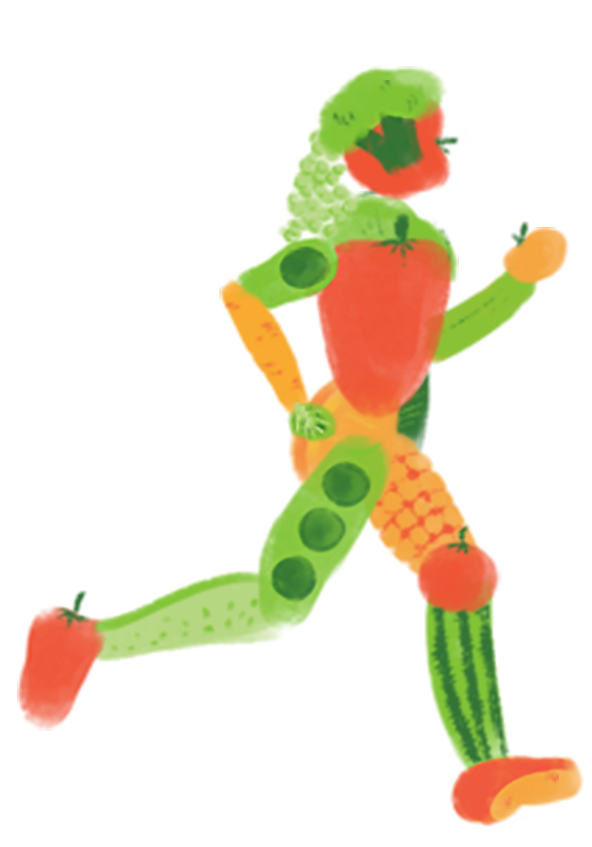 The trail flies under my feet as I surge down Fremont Road in Los Altos Hills. I’m on the third set of the interval workout, yet something has changed since the last time I did this workout. Normally, my legs would be aching, and my body would feel heavy with fatigue. But on this particular January day, I find myself able to draw strength from a newfound source of energy: a plant-based diet.

Most people are skeptical when I tell them I’m a vegan athlete. For me, this judgment and social stigma around being vegan has been the hardest part of my journey. Many people believe that vegans are malnourished hippies trying to save the world. And the worst part? That used to be me.

I want to provide my peers with the same information that has transformed my health for the better. While a vegan diet may not be suitable for each person’s lifestyle and needs, I simply want to spread the benefits of being plant-based and reduce the stigma surrounding it.

I can understand why people have negative reactions to vegans. Vegans can appear self-righteous, making the non-vegan feel judged for having inferior morals or health. Veganism can also be seen as an extremist take to being vegetarian, unnecessary in a society that emphasizes the importance of meat and animal products.

Another factor is that all vegans get bad press because of a few “angry Facebook vegans,” who attack people who eat meat. Vegans who simply follow the lifestyle without calling attention to themselves are hardly noticed because they get no press coverage.

However, the Netflix documentary on veganism and athletics, “The Game Changers,” showed me the positive aspects of veganism. It also irreversibly changed my view vegans and nutrition and inspired me to transition to a plant-based diet. This documentary follows successful vegan athletes such as former top ultramarathon runner, Scott Jurek and bodybuilder Arnold Schwarzenegger, and explains why animal products are an inferior source of protein and nutrients.

One major benefit of a vegan diet is energy improvements during athletic performance. Plants have a higher concentration of carbohydrates that specialize in heightening the body’s ability to store glycogen, an energy-source accessed in the muscular tissue.

Another advantage of veganism, especially for athletes, is increased blood flow. Eating a plant-based diet reduces the thickness of the blood, which enables blood to more efficiently carry oxygen to the muscles. Eating meat was found to have the opposite effect, as arteries become clogged for several hours after eating just one meal with meat.

Many people eat meat-heavy meals to build their protein, believing that it is impossible to get gains from plants and grains. There’s also a misconception that vegans are deprived of vital nutrients such as B12, iron and zinc, which are all typically sourced within the meat portion of one’s diet.

Yet, eating a variety of plant-based proteins such as beans, nuts, rice and grains will allow for all of the body’s muscle growth needs to be met. Vegans also receive the bonus of increased antioxidants and lower cholesterol. Deficiencies only occur when people don’t make up for the source of nutrients they lost from animal products. Therefore, it’s important to eat balanced meals including whole grains, a source of plant protein and fresh produce.

Whether you choose to take a baby step towards the direction of veganism or not, I hope I can help people to reevaluate the outdated notions of nutrition and meat so that they can be the healthiest they can be. And as an athlete at Los Altos, I want the best for my fellow athletes who can only benefit from making the change to a plant-based diet.