Gender-Neutral Bathrooms Closed Due to Inappropriate Student Use 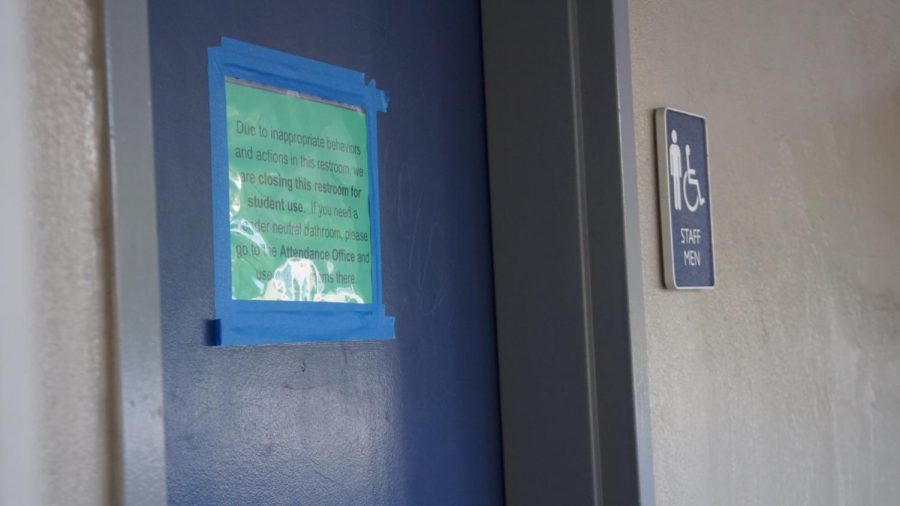 “Students were going in groups and using [the bathroom] inappropriately, and there is no way for us to supervise that space,” Assistant Principal Galen Rosenberg said.

Along with the inability to properly supervise the use of the facilities, the restrooms are easy to abuse because they were not intentionally made for gender-neutral use. Instead, they were set up for multiple students at a time which made it easier for students to abuse the space.

“[The bathrooms] weren’t designed as gender-neutral bathrooms, [and] what made it more problematic is that it had a urinal and a toilet,” Rosenberg said. “It’s set up to have multiple people use it at the same time, it just wasn’t working well for us.”