From skeptic to stan: My journey with K-Pop 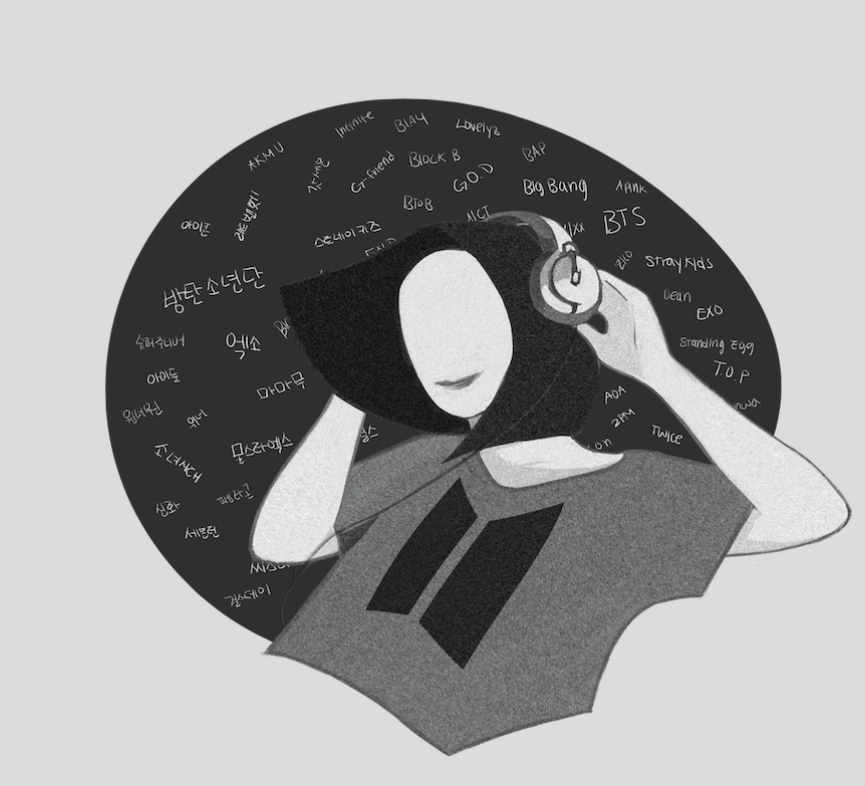 Six months ago, I used to be one of the many in America that had some inexplicable dislike for K-pop. To me, K-Pop and everything attached seemed superficial and silly; the fans were mindless and the content was shallow. Needless to say, I tried to stay as far away as I could.

But, after a fateful trip back to my hometown where one of my best friends continually shoved her phone into my face showing me her favorite groups, things changed. I now have three secret social media accounts dedicated to K-pop, a camera roll filled with photos of my favorite K-pop groups and the uncanny ability to annoy my friends endlessly with constant chatter about it.

This obsession of mine has coincided with K-pop’s huge breakthrough in America. Groups like BTS are now common names, charting on Billboard, speaking at prestigious events and appearing on primetime late night talk shows. And it doesn’t seem so impossible for more to follow in their footsteps. But with this rise and my increased awareness of it, I’ve become more attuned to the criticism K-pop artists face.

Despite its rising popularity worldwide, K-pop remains a genre of music that people love to hate. To a certain extent, I understand the apprehension towards K-pop. Key aspects of the industry go against core Western values of being self-made, self-driven and organic. Even One Direction, a British boy band (and group I also love), experienced backlash because of their formation on the reality TV show “The X-Factor.” So, to many, the idea of companies conceptualizing and creating these artists and groups goes against this ‘American dream’ ingrained in our heads.

But in South Korea, this fact is not condemned. Their culture and values are different from that of America’s, and this difference does not equate to a difference in worthiness or validity. In fact, the reality is that the industry is tough. Millions of young people, some as young as five, will audition for big companies (the “big three” being JYP, SM, and YG) hoping to become a star. If they make it, they must undergo lengthy performance training, learning how to sing, dance, rap and for foreigners, even learning Korean. If they persevere through training and are chosen to ‘debut,’ basically be formally introduced to the industry as an active artist, or idol, they will then begin their careers. These idols have chosen to dedicate years and years of their lives to pursue their dreams. The platform they were built off of should not invalidate their passion, hard work, or immense talent.

In addition, whether we like to admit it or not, their Asian-ness stands in the way of many from enjoying it. When we were all bopping to “Despacito” over the summer, people didn’t bat an eye at the predominantly Spanish lyrics. But when it comes to the language barrier present in K-pop music it becomes a deal breaker. Why do I have to get asked daily why I listen to their music if I don’t understand it? Why are we not surprised when people from foreign countries that don’t speak English enjoy American music, but we can’t accept the same for people in our own country?

Millions of people have dedicated their time, money, and love to these artists for a reason. For me, K-pop was an easy escape during a particularly difficult time in my life. It took my mind off of the terror and loneliness of my present and replaced it with laughter and peace and quiet. I came to really like (maybe love) the people involved, the music they make and the friends I’ve made because of it. In addition, a certain leader (I’m looking at you Kim Namjoon), has inspired personal growth in me that I could never have expected. I’ve begun trying to look at life with a calmer attitude and understand that I and the world are imperfect but that that is essential to growth. The sheer number of people that share stories like these are innumerable. But of course there are still flaws in the industry, companies can be controlling and suppressive, and the culture in Korea is unkind towards relationships among idols as well as discussion about mental health and LGBTQ+ issues. Don’t allow yourself to be turned off from K-pop because of these things. Instead, use it as an opportunity to bring more awareness to these issues, give the artists the platform and freedom to speak out, and enjoy all the good K-pop can bring.

So, I invite you to see a group like BTS that has dedicated a trilogy of albums to the journey of learning how to love yourself, raised over $1 million for UNICEF, and made arenas full of young people, myself included, proudly sing out the words “I’m the one I should love in this world” and “I’m learning how to love myself.” Or a group like Stray Kids speaking out about mental health or just the faces of these fans that are overjoyed because of these idols and their music. I invite you to see these groups and say they don’t have a positive impact on the lives of these people that love them. They mean so much more to them than pretty faces that can dance well.

Try it out, keep an open mind and I promise you won’t be disappointed.