French III Honors Class to be Offered Next Year 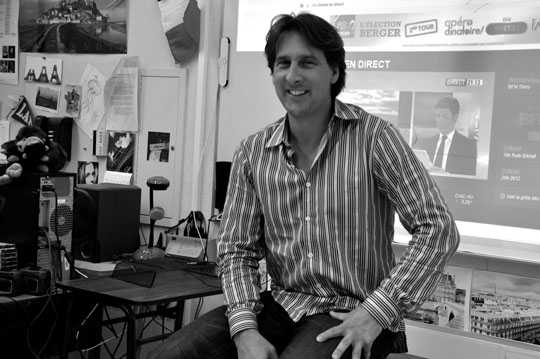 After two years of trying to implement a French III Honors course at school, the Foreign Language Department has finally set up the class for the upcoming school year. Students will be able to sign up to take the course in the fall.

“The past couple of years we had submitted [the proposal] several times and it was not accepted, but this year French III Honors was accepted by the UCs, so if enough students sign up, we will have the class,” Principal Wynne Satterwhite said.

In order to add French III Honors to the curriculum for the next school year, the Foreign Language Department must go through a process to be approved by several systems before it is officially recognized as a class.

With the official approval for a French III Honors class, another aspect that needs to be considered is the division of classes. Although space may be an issue, the Foreign Language Department plans to set aside several class periods for French III Honors.

“We are shooting towards having two different classes, not all the kids in the same class,” Karow said. “It will depend on the numbers, so if there are enough [students] in separate classes and if everyone is scheduled, then that would be ideal.”

The department’s goal is to teach the class in a way that will not interfere with each student’s learning experience. French III Honors students will have a heavier workload than regular French III students.

“[French III Honors students] will be exposed to different parts of literature and also will have to look at the French history from the middle ages to today,” Barquissau said. “Students will have a lot of reading, a lot of writing.”

However, French III Honors will not cover significantly different grammatical material from regular French III as it is a review of what students have learned in their previous courses.

“The grammatical part is a review of French I and French II, so what French III is essentially about is applying what you have learned in [those previous classes],” Barquissau said.

Though some students have been hoping for a French III Honors course for several years, Barquissau believes that not all students should feel required to take the class next year.

“[Students] have a choice if they want to really work hard for a class… [or] if they want to take French just to enjoy being in a French class,” Barquissau said. “They could also do that, [but] they don’t have to feel forced to have to study like everybody else. We want to balance between the two.”