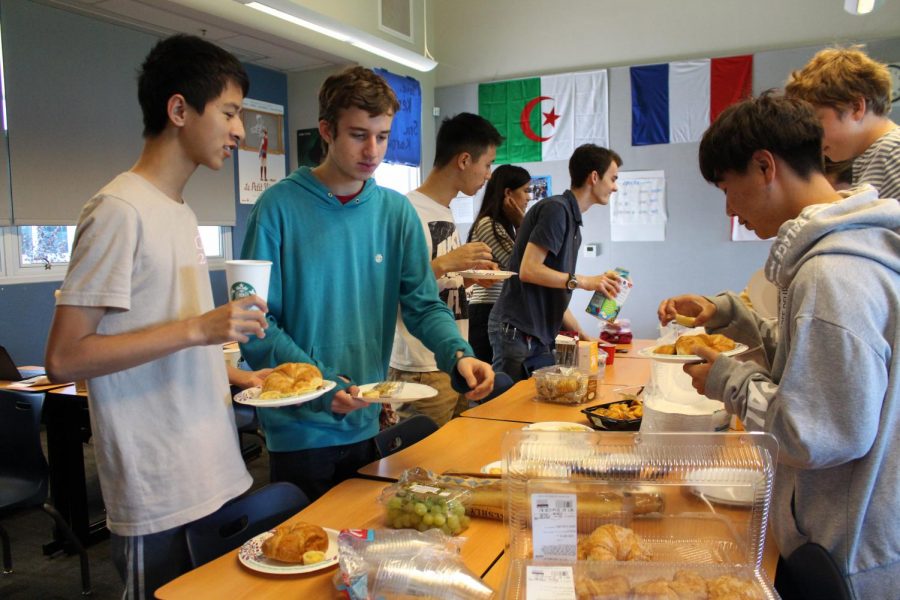 This year, Los Altos’s French Club is hosting its first National French Week from Thursday, November 1 to Wednesday, November 7. Founded by the American Association of Teachers of French, the purpose of this annual event is to encourage students to learn about the French language as well as Francophone culture. The Los Altos French Club is taking part in this celebratory week along with other French clubs in the nation.

“Like Algeria and Tahiti, there are a lot of countries that [people don’t] think speak French, but they do,” French Club co-president senior Katherine Houston said. “The French language is somewhat underrated [because when] people see English they understand the vast impact and spread, but when people think [about] French, they [only] think France and Canada.”

The French Club kicked off the week on Thursday, November 1 with a food party in Madame Karow’s French class in Room 925. The foods brought included mini quiches, madeleines, cheese platters, croissants, and baguettes. Through this party, Katherine wanted to educate others about the significance of cuisine in French culture as well as provide a space for members to gather and sit together for a longer meal.

“A big part about French culture [is] food,” Katherine said. “People get together and communicate, which is different from American culture where we sometimes rush our meals and [just] go about our day. [The French] really have a communal sort of feeling when they eat.”

On Friday, November 2, the club hosted a flag painting contest in the quad during brunch. On Monday, the club will host a speed crepe competition during brunch in the quad to see who can make the prettiest crepe in a minute and a half. On Wednesday, they plan to have a Kahoot trivia game on Francophone culture in Room 925.

The French Club plans to continue the custom of celebrating National French Week at Los Altos in the years to come.

“I wanted to start this off and make it a tradition at Los Altos and expand global, cultural understanding and acceptance here,” Katherine said.