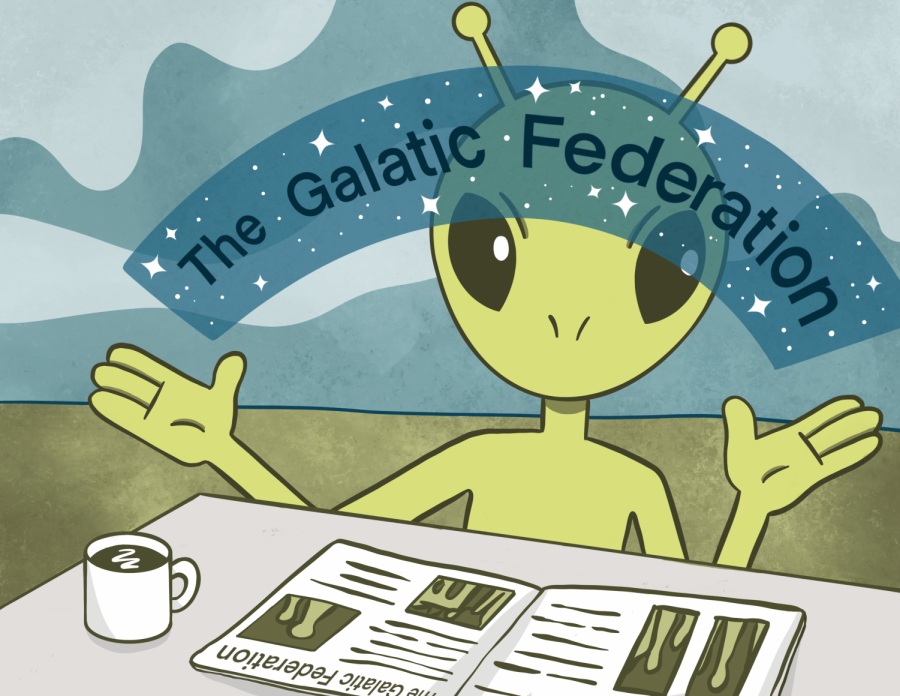 While the existence of aliens isn't outside the realm of possibility, the galactic federation definitely is.

The writers of 2020 must be having a field day with this one. As if the global pandemic and murder hornets weren’t enough, it was recently trending on Twitter that a “Galactic Federation” of extraterrestrials — yes, you read that right — exists.

Don’t get me wrong, aliens definitely exist, we just haven’t found them yet. It is probably the most humanly narcissistic thing ever to believe that we are the only species in the entire universe to have advanced civilization.

Despite one Twitter user’s admittedly accurate summary of 2020 — “I took Monday off and we got The Galactic Federation invasion now?” — I still find former Israeli Space Security Chief Haim Eshed’s recent claims of an alien alliance in his interview with an Israeli newspaper hard to believe. Secret underground bases on Mars with American astronauts and aliens? Experiments? This is something straight out of an elementary sci-fi novel, except the plot is littered with inconsistencies.

First of all, the Galactic Federation? Who named that? The aliens? Unless they somehow managed to grasp enough of an understanding of the English language and science fiction culture to come up with that, I don’t buy it.

But okay. Let’s say humans came up with “the Galactic Federation.” You’re really going to tell me that this alliance of aliens only chose to communicate with Israel and the United States — one of which is conveniently where “whistleblower” Eshed is from?

Why those two countries alone? Why not France, Russia or China? If aliens were really observing Earth and wanted to make contact, why not go for a country with a larger landmass? This is all assuming, of course, that aliens even understand the human concept of countries, or legal contracts, which the Galactic Federation allegedly signed.

These plot holes, although massive, are not the main reason I am certain the “Galactic Federation” does not exist. Nor is it because Eshed exposed everything during a promotional interview for his new book (publicity stunt, much?) or even that NASA recently released a statement confirming they have yet to find signs of extraterrestrial life.

It’s because according to Eshed, President Trump — yes, the loudmouth Cheeto in office — allegedly knows about the Galactic Federation and hasn’t said a word. I’m sorry, but have you seen his Twitter? His Antifa conspiracy theories? There’s simply no way he’d be able to keep his mouth shut.

Also, if the Galactic Federation could hold back Trump and his fidgety fingers at 4 a.m. on his gold toilet, why didn’t they stop Eshed from spilling the tea in his interview? If aliens really believed general humanity was not ready to learn about their existence — something I find hard to believe given how much first contact fiction is out there — they would’ve stopped Eshed.

But they didn’t. Why? Because there was no secret alien alliance to stop him.

While I’m all for a good conspiracy theory every so often (the British monarchy definitely murdered Princess Diana) and sure, Eshed is a highly respected figure in his field, I don’t think he’s above a little creative marketing.