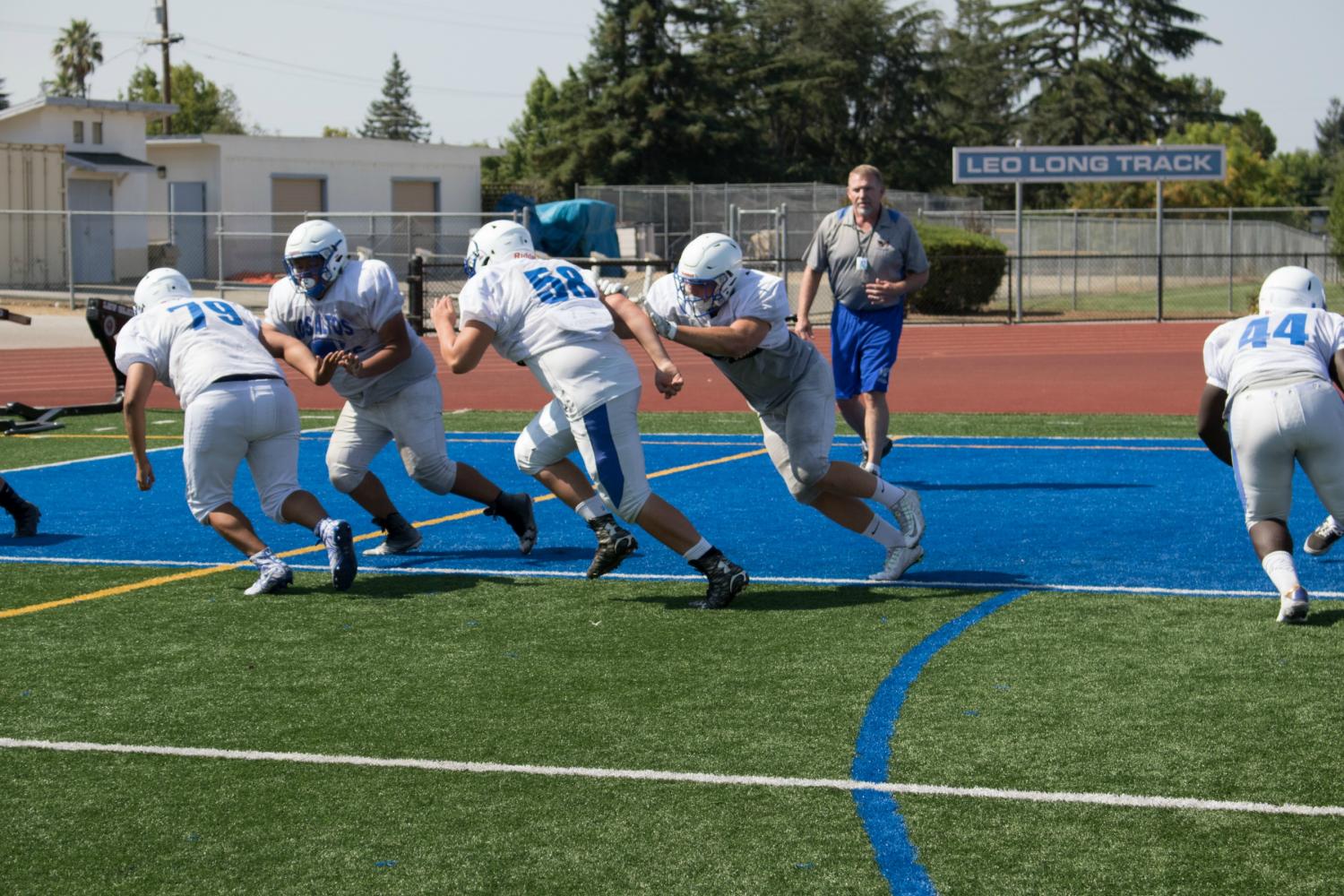 Last year, the Eagles’ playoff hopes fell short due to a loss in the first round of CCS against the Homestead Mustangs, despite their overall record of 8-3. Even so, their performance last season was enough to promote them from the El Camino League to the tougher De Anza League, setting the stage for a busy offseason.

“We’ve been working on getting bigger, faster, stronger and smarter,” Head Coach Trevor Pruitt said. “We need to match the physicality of our opponents along with being smarter than other teams.”

Constant conditioning has been the key to upping the team’s physicality. However, in order to improve, the Eagles have focused on practicing the plays of their new offensive squad. Last year, the team’s offense relied mostly on their seniors. As a result, they have altered their offense this season in order to compete in the new league.

“The main focus this offseason was getting our plays down to where it would become second nature to run them,” senior and captain Vincent Colodny said. “We’ve mostly focused on plays because of our altered offense. We have been working on team chemistry as well, trying to become a close, tight-knit group of players like we were last year which helped us become so successful. So far, it is going great.”

As for the upcoming season, the Eagles are ambitious for success, even if they are now in a tougher league. The new competition in the De Anza League includes teams such as Milpitas, Los Gatos and Wilcox.

“This season, I am really looking forward to being able to stand out in the De Anza League division and put our program’s name out,” junior Jose Marin Melo said. “I want to be able to show everyone that a team coming out of the El Camino League can play ball with the bigger schools that are better known for their athletic programs.”

Pruitt’s goals for the Eagles this season are going 13-0 and winning a CCS championship. Although these goals are difficult to reach, he praises the team and is confident in them.

“I would love to see our team realize the potential we have,” Pruitt said. “This is the best skilled position talent we have ever had. As long as we share the football and play together it will help us reach our goals as a team.”
The Eagles look to start off an exciting season with a win against Scotts Valley on Saturday, August 26.