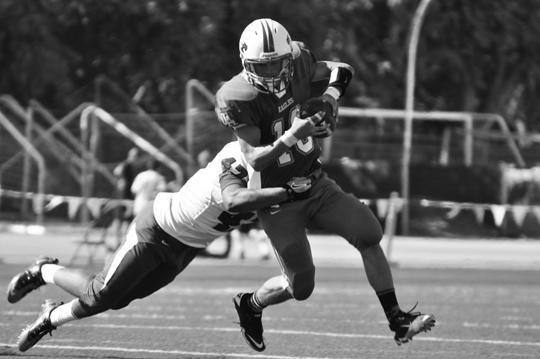 After ending last year’s season in the El Camino division with a 6-0 record, the football team has moved up to the De Anza Division.

“The De Anza League is a much more competitive league, the second-best league in the area,” Head Coach Bill Waggoner said. “So it’ll be a challenge, definitely a challenge, for these guys to play a higher level of football, for sure.”

The players are under pressure due to the higher division and tougher opponents. In addition, Los Altos still has a relatively small team compared to other schools.

“We have about 30 players when most teams in the league have toward 50, so we’re very small,” quarterback senior Todd Grimm said. “We have a lot of talent, just not many players.”

While the team has focused in looking more in-depth at its previous games and plays, it has also been giving attention to building its environment and getting its plays down.

“We’re trying to get the basics down, make sure we know the plays and where we’re supposed to be and get in shape,” Waggoner said.
However, Waggoner said the major goal of the season is not only to maintain the football program at a high level but also to keep our school in this league.