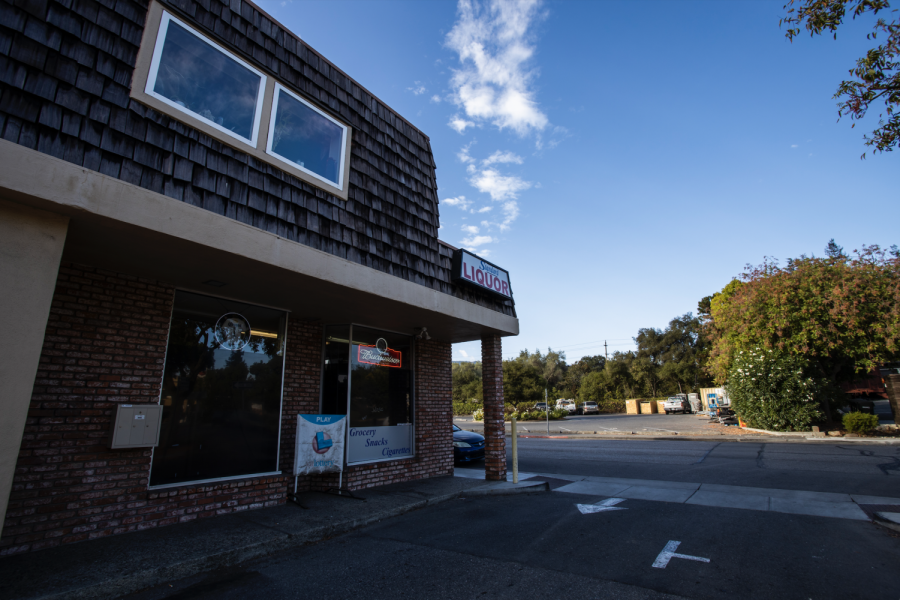 By Mira Sundar and Anika Sikka

Five females, who appear to be teenagers, robbed Standard Liquor in Downtown Los Altos three days ago on Tuesday, September 15, at 8:17 p.m.

The store manager, Ramana Srirama, was not seriously injured but was left with a small bruise on his left shoulder. There was one witness present while the incident occurred who declined to speak with The Talon.

The suspects entered the store through the front door and were seen through the security footage browsing the aisles; Srirama said that he had planned to ask for their IDs if they attempted to purchase alcohol.

One of the suspects was wearing a blue Monta Vista High School sweatshirt with “Monta Vista Matadors” written across the front in yellow lettering — all suspects wore surgical masks, making their faces harder to identify.

Surveillance footage puts the length of the robbery at 75 seconds; Srirama saw they had left without paying, so he followed them to their car.

“They looked like small kids, so I just went to their car to go talk to them,” Srirama said. “I told them that stealing wasn’t the right thing to do and to go put the items they stole back. They pushed me onto the ground on my left shoulder and drove away. They almost ran me over, but I rolled over just in time.”

The stolen items included a one-gallon bottle and a 50-milliliter bottle of vodka, a 12-pack and a six-pack of beer, and 24 ounces of canned beer. The damages totaled to about $83, but Srirama said that he’s most concerned about his safety working at the store.

“It’s hard for me to feel safe at the store anymore,” Srirama said. “I’m always on edge now.”

After the incident, Srirama said that the community was outraged, with many residents calling into the store offering their help and condolences; community members are also sharing security camera footage on social media in an attempt to identify the suspects. One woman even offered to go to Monta Vista to find the girl in the security footage.

“I think a lot of people, especially the older citizens, are worried about this incident because if this could happen to me, then why couldn’t it happen to anyone else?” Srirama said.

The Los Altos Police Department declined to disclose further information, as this is an ongoing investigation.