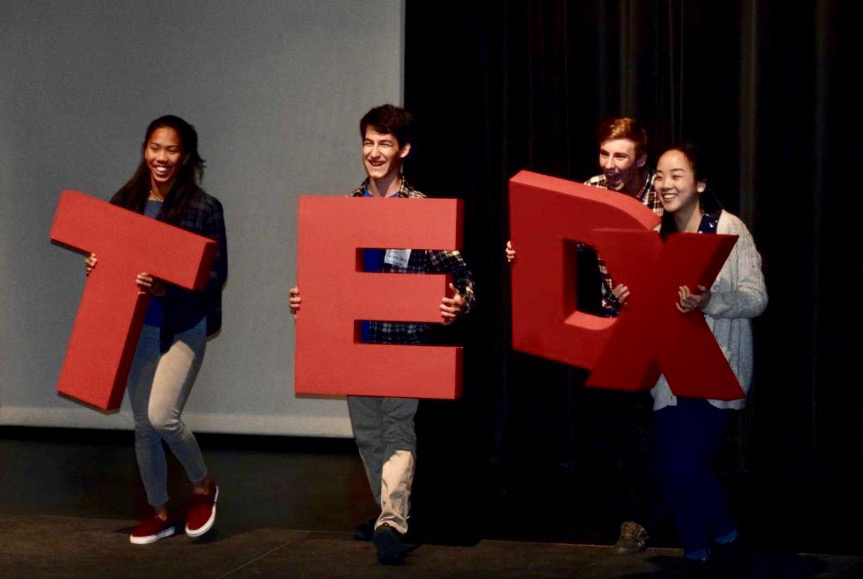 During the week of March 27, the TEDx Club offered five students and seven adults the opportunity to create and present a TED Talk with TEDxLosAltosHigh. As the first TEDx event to occur at Los Altos, future planners aim to learn from this year and build on the event in coming years.

This year, many TEDx talks saw a lack of attendance. Junior Emilio Sanchez-Harris, who will help lead the club next year, believes this was due to the way the talks were laid out. The TEDx club occurred during two school periods at a time, but many students may have prioritized their classes over attending the talks.

“A lot of people that I asked said that they couldn’t come because they had obligations for [a class] so they couldn’t make it to the entire block,” Emilio said.

To improve upon TEDx next year, Emilio hopes to break up the schedule to give students more flexibility in choosing which talks to attend. He also hopes to increase publicity for the talks.

“We were thinking that if we break it up by period, instead of groups of two periods, hopefully we can have more people attend, spread more ideas and have a bigger, better event,” Emilio said. “We also need more time to spread the word, promote TEDx and get a lot of people there.”

Despite low attendance levels, speakers and audience members alike believed that TEDx’s opportunities should continue in following years. Some of the lack of attendance could be attributed to the novelty of the program, and those who attended believed in the importance of TEDx as an opportunity to hear others’ voices.

“I felt that this year was definitely a great kickstarter for the future TEDx events at Los Altos High School,” fundraising manager Justin Kramer said. “For a first run-through I think it went pretty well. We had a few difficulties, a few speakers had some issues and we didn’t have the highest attendance, but it’s the first TEDx… event that Los Altos has ever done.”

“I definitely think that the school should continue because it allows students to be creative about what they’re thinking about, and giving people their own experience,” student speaker senior Richard Wang said.

While audience members believed the student talks provided an opportunity to learn more about their classmates, some mentioned that the adult presentations and videos piqued less student interest.

“I really enjoyed the student presentations, but the videos that they showed on the screens and the adult speakers were less captivating,” senior Brendon Ng said. “I had more of an interest in my peers and what they had to say.”

Junior Nadia Ghaffari, whose passions have pushed her to explore the field of teen mental health, felt that she was able to build on her interests during the course of her involvement in TEDx.

“For a long time, I’ve always wanted to do a TEDx talk,” Nadia said. “I had an idea that I wanted to talk about… it was kinda built up over a longer period of time. Throughout my sophomore year I was really interested in psychology and… how our minds work, especially as teenagers… TEDxLosAltos gave me the perfect opportunity to get involved and share my ideas.”

Similarly, Richard used his speech to expound on ideas he had already written about. His talk explored the usage of physics in everyday life and how it could be applied to mundane things.

“I just had an idea one day, and I wrote it on a blog on some math website,” Richard said. “I just thought it was a really interesting idea, and I wanted to share. It was literally like back-of-the-envelope. It just popped up.”