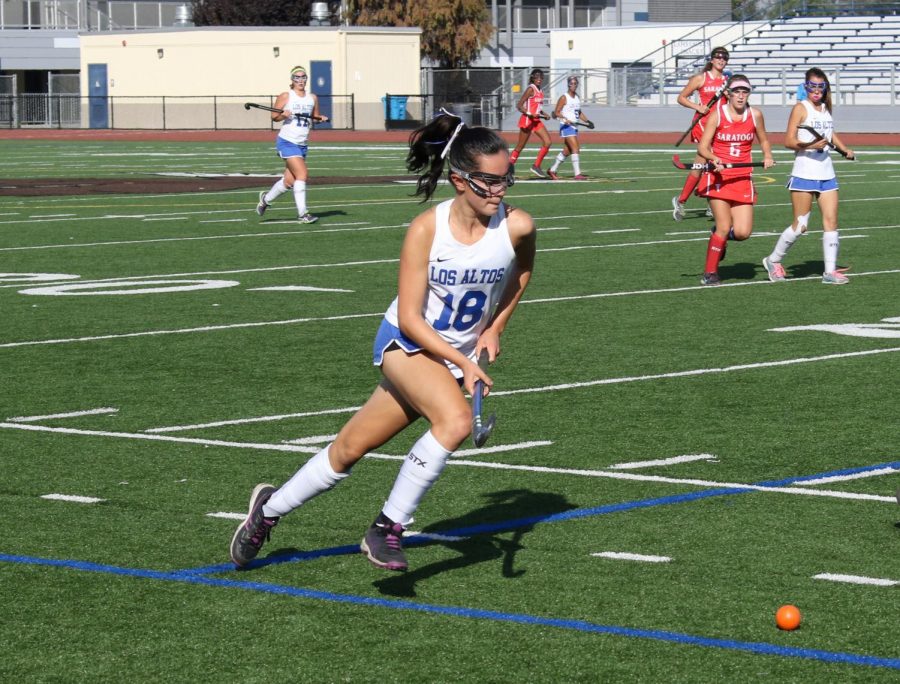 Halfway through the season, the varsity girls field hockey team has a record of 11-2 — the most wins they’ve had in years. The girls have lost only twice, and they attribute their success to this season’s three priorities: communicate, conquer and strategize. Together, the first letters of each word spell “CCS,” their ultimate goal.

This year’s team includes experienced players from all four grades who participated in conditioning, drills and other field hockey clubs during the offseason. But co-captain senior Tanya Matthews believes that their victories were the result of strong team chemistry more than good stick skills.

“[Hanging out] off the field translates into connected play on the field,” Tanya said. “Knowing our teammates’ playing styles and strengths [also] allows us to predict how we will play and what strategies will work well [to] maximize each other’s strengths and make our team play [better] as a whole.”

The girls have become more comfortable with each other through weekend movie nights and group trips — last month, they had an overnight outing in Aptos. But more than that, team bonding has also played a crucial role in helping the girls execute their new strategy.

This season, the girls decided to emphasize their attack more since Los Altos has found limited success as a strictly defensive team. At first, players struggled to coordinate and cleanly finish their offensive plays because they didn’t know each other very well. But by staying connected outside of practice, freshman Elana Eisenberg said they’ve been learning to communicate better on the field to smooth out their gameplay.

“We’ve been working on understanding each other, listening to each other and trusting each other,” Elana said. “If one [player] line tells you to scoot over to the left or push up, you have to learn to trust [that] your teammates [are] saying the right thing.”

Their next game on Friday will be against Cupertino, a team they defeated earlier this month. To qualify for CCS, the girls must be one of the top three teams in the league by the end of the regular season.

“It’s a really good, hardworking group of kids,” varsity coach Mary Donahue said. “A lot of them have been with the program since they were freshman, and [they’ve all] worked really hard to get to this point, so I’m hoping that we [can] get to CCS to reward them for all their effort.”