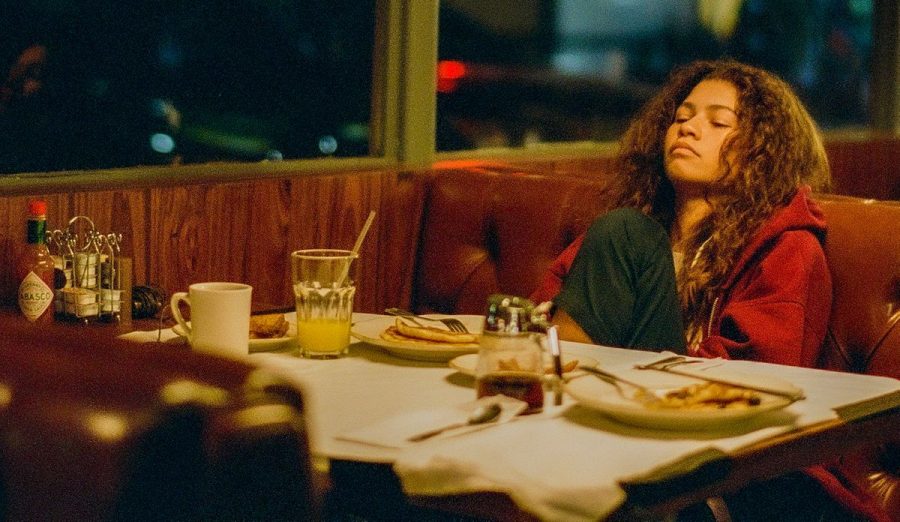 Zendaya returns to play Rue in this special episode of Euphoria. The episode focuses on the power of conversation and connection.

“Euphoria” made headlines when it came out last year for its refreshing and brutally honest take on drug addiction and life as a teenager. The show received acclaim for its acting, with Zendaya going on to win an Emmy for her performance as Euphoria’s main character Rue, a 17-year-old struggling with drug addiction. The show also received praise for its innovative cinematography as well as its aesthetic, especially for its make-up and clothing. The show has been relatively quiet since its first season dropped in the summer of 2019, but just this week suddenly announced and released a standalone episode as an update on Rue and her battle with addiction. Fans were elated by the surprise, and eagerly awaited its release. It was met with mixed reviews, but overall praised for its emotional genuineness.

The hour-long special episode centers around a conversation between Rue and Ali, a mentor she met at an addiction group meeting in the first season of “Euphoria.” During season one, Rue has just gotten out of rehab, yet she really doesn’t want to stay clean. As the season progresses, she meets Jules, the two fall in love and Rue becomes determined to stay clean for her. Season one ends with Rue relapsing after Jules runs away.

This episode opens with a sweet clip of Jules and Rue, only to transition to real life in the diner, where we find out that the clip was only in Rue’s head. Some time has passed since Jules left, but it’s very clear that Rue still isn’t over her. Rue takes a line of coke, then walks out to meet Ali. The next hour of the show is then devoted to the conversation between Rue and Ali. Talking over pancakes, they discuss deeply impactful topics like addiction and relapse, each sharing their own personal stories. Through the conversation, we get a deeper insight into Rue’s mind, especially concerning the death of her father and how that has impacted her.

What was so striking about the conversation was the empathy that was evident throughout. The cinematography was more laid back than in season one, giving the characters more room to breathe, and the pace of the show was slow and patient, never rushing through heavy emotional beats. Through creator Levinson’s compelling writing and the emotional honesty in the acting of Zendaya and Colman Domingo, the episode was able to present a heartbreakingly honest and raw take on life and addiction. I was pleasantly surprised to hear such an open and genuine discussion of what drug addiction is like, something that I feel shows tend to shy away from or incorrectly portray. I was deeply moved by the conversation between the two, and found the episode to be a breath of fresh air. The topics discussed captured the hopeless feeling of 2020 well, and even though I personally have never struggled with addiction, I still connected deeply with the vulnerability of the conversation.

There was, however, a mixed reaction from viewers regarding the episode. Some people loved the show’s decision to devote an hour to the deeply touching conversation between Rue and Ali, but others found the episode to be boring and felt that it was more of a filler episode than anything of substance. Personally, I lean towards the first take: I found the episode engaging in a different way than the rest of the series. The episode added a new dimension to the show. Most importantly, it let the showrunners explore their characters in a way they hadn’t previously had the opportunity to; not only is it different in the way it handles the show’s subject matter, but it is pushing the boundaries of how issues like addiction and adolescence can be approached. This more than justifies its slower pace.

Euphoria’s latest episode was as moving and genuine as its first season, offering us a melancholy yet hopeful look into Rue’s life and her future. Conversation is one of the most powerful human experiences, and this episode of Euphoria used it not only to explore the relationship between the characters but also to strengthen the connection between the show and its audience.