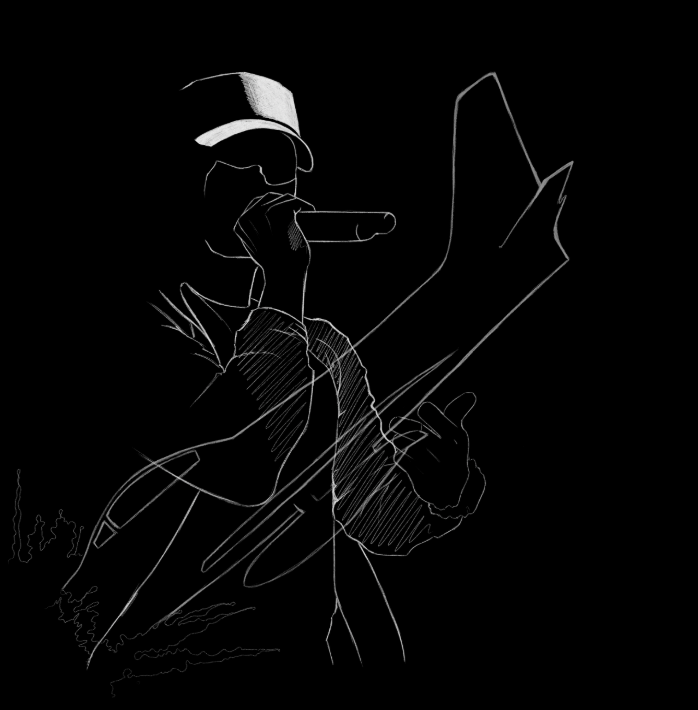 Rap superstar Eminem unexpectedly released “Kamikaze,” his 10th studio album, in August. The album exhibits his technical skills as a rapper, combining rhyme and rhythm. As a storyteller, Eminem falls back on his old habits, attacking other rappers and then whining about his music being disliked.

In Eminem’s first studio album, “The Slim Shady LP” (1999), he simultaneously incorporated theatrics and irony while delivering technical masterpieces of flow. His character, Slim Shady, was a brutally honest look at himself and the life that he lived in the trailer parks of Detroit. Slim Shady’s aggressive honesty took everyone off guard and the world fell in love with it. In “The Marshall Mathers EP” (2000), Eminem discussed his rise to fame coupled with the trailer park life he left behind. He addressed a disconnect between the life he lived versus the life he lives. His view on fame was a breath of fresh air to an industry that was just entering the mainstream and didn’t have a central identity. So while Eminem is not without a great discography, “Kamikaze” is less than enjoyable.

On “Kamikaze,” Eminem crudely attacks new upcoming rappers such as Blocboy JB and Lil Xan. Eminem’s largest complaint is that current rappers and their music is repetitive and boring. He attacks this “new wave” by claiming they dismiss traditional hip hop techniques and copy those who are more established in the industry such as Lil Wayne, Drake and himself.

On the intro track, “The Ringer,” Eminem raps, “Lil Pump, Lil Xan, imitate Lil Wayne. I should aim at everybody in the game pick a name.” Lil Pump and Lil Xan rose to fame due to their silly yet gory lyrics and simplistic distorted beats.

Eminem complains about rappers and speaks about those who disliked his ninth studio album, “Revival.” On “Normal,” he raps, “Let’s sleep on it like they did Revival.” To be “slept on” refers to a community overlooking something that might have been a work of art. While Eminem was definitely once at the forefront of the rap genre, he can’t keep up with this new generation of rappers and can’t bear being left behind. He thinks of the new heads of rap as unworthy usurpers to his throne. To complain about music moving on and his album sales not being as high as he wants is incredibly distasteful.

Eminem treats the album as a reflection of his fury towards the reviewers and corporates of music. The intro track “The Ringer” attacks the industry for six whole minutes. He even comments about the disrespect put on his name from media personalities such as Charlamagne tha God. Charlamagne tha God is a music reviewer known for being incredibly harsh.

Prior to “Kamikaze,” Eminem tried to come across as a “woke” rapper, someone who spoke something “real” with a “real message” by going after President Trump at the BET Awards. In “Revival,” he abandoned his roots of being provocative and insensitive and became calmer. When that didn’t work, and his album was unpopular, Eminem went back to being provocative.

On “Kamikaze,” he tries to showcase himself as an intellect through his rap game while making insensitive comments. He attacks rapper Tyler, the Creator’s sexuality on “Fall” with the lyric “Tyler create nothin’, I see why you called yourself a (f**g*t), bitch.” Often, his fans state that the rap genre has become too soft, acting as if kindness means the genre has ruined itself. Eminem appeals to their dislike by attacking other rappers through insensitive comments. This example of Eminem’s attempts to appeal to his audience aptly shows his desperation in staying relevant.

Kamikaze is a mess. Eminem detracts from the music and uses it as a megaphone to complain about his personal qualms about the industry and his music. It isn’t an album, but rather a misplaced collection of angry thoughts.