Editorial: New Structure of Homecoming Court is a Change for the Better 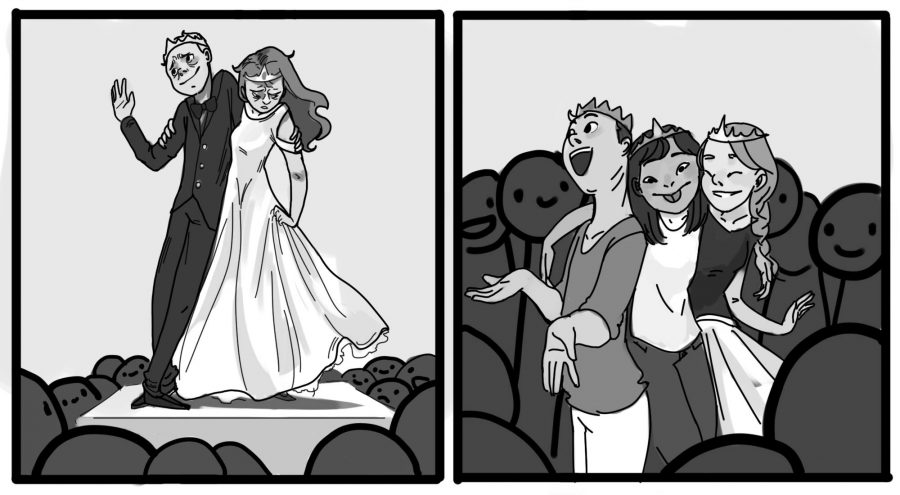 At The Talon, we’ve long believed that it’s time for Homecoming Court to change, and this year, it looks like it will get a much-needed makeover. Instead of picking 20 students paired into 10 male-female “couples,” ASB and the administration have made the welcome decision to pair students into groups of three, picking only 18 students in total. The decision will be beneficial on multiple fronts — it will improve the wellness of the Court members, increase inclusion and allow Homecoming to be less Court-centric.

Homecoming is a wonderful tradition at Los Altos. It provides entertainment and excitement throughout the week leading up to the Homecoming Dance and Game. But more importantly, the Homecoming Court serves as an opportunity for the school to showcase students who could serve as role models for other students, particularly underclassmen.

In prior years, Court members struggled to balance videos, skits and Homecoming events alongside college applications, homework and other extracurricular activities. Although the reduction in Court size is small, the changes in structure will allow the activities to be altered in ways that will help solve the infamous aspect of Court-centric stress for elected members. Videos will now be made in groups of three, and there will only be three performances at the assembly (with six Court members per group) instead of the traditional five performances. With more people per group, the work can be more widely distributed and videos and skits will be less of a burden on each individual. The Court members will more accurately reflect their statuses as well-balanced, successful, upstanding students when they’re no longer as stressed about skits or videos.

Furthermore, the Court already seeks to represent ethnic, socioeconomic and academic diversity, but prior to this change, it left out a key aspect: diversity in sexual orientations.

The decision to eliminate male-female couples works towards alleviating the absence of sexual diversity, and because of this, it should be embraced wholeheartedly. The male-female couple system perpetuated the idea that it is the standard to be heterosexual, which unintentionally singled out students who are not and therefore ostracized them.

While it’s easy to understand the appeal of tradition and romance, the change remains a critical step toward more inclusivity, which is an important goal for Homecoming Week and the school as a whole. With this change, students of all sexual orientations will no longer be subconsciously reminded of the idea that anything besides heterosexuality is not normal.
|
On the same strand of inclusivity, this change will decrease the emphasis on Homecoming Court that was an issue in previous years. Hour-long assemblies and daily reminders of who the candidates were made it seem like these select individuals were more important than the rest of the student body. Although the Court can be a valuable opportunity to celebrate model students, less emphasis on the Court throughout the assembly and week will take away from the idea that a certain group of students deserves more attention than the rest. It will also contribute to the overall goal of Homecoming being a time for school-wide celebration, not just for students on Court.

Of course, there is more that can be done. There have not been any changes to the crowning of the winners, who will still be titled Homecoming King and Queen. The concept of Homecoming Court in itself is questionable, as it singles out a select number of students and puts the spotlight on them rather than promoting the celebration of the school community as a whole. There has been discussion on changing the name or number of the winners, and even on eradicating the Court as a whole — this discussion must be continued.

For now, the change from Homecoming Court couples to groups is a beneficial one that furthers the overall goals of Homecoming and school inclusivity. It’s a step in the right direction, and hopefully the first of many.