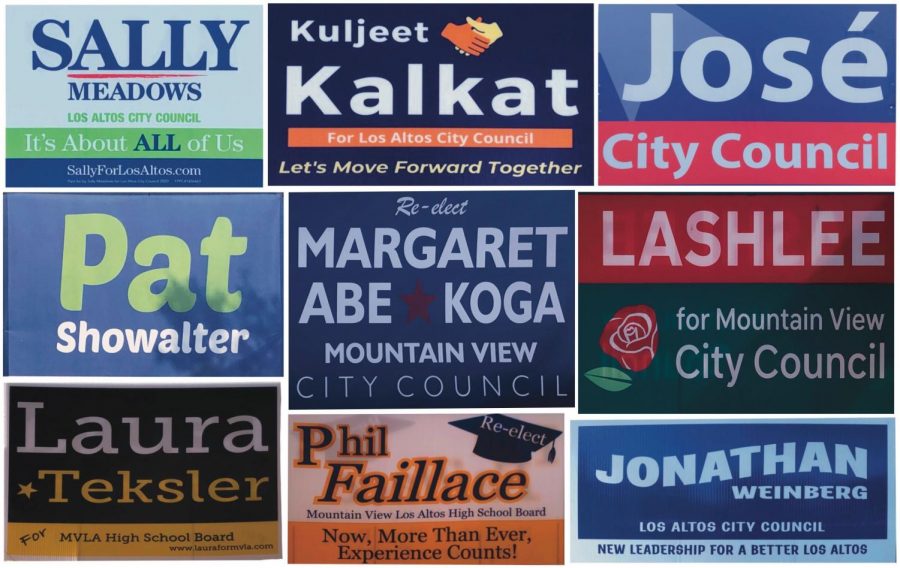 With a lack of unifying leadership on a national level, electing strong leaders on a city level is of the utmost importance today. In the next few weeks, Mountain View residents will cast their ballots to fill four of seven seats on the City Council. Of the nine candidates, The Talon endorses incumbent Margaret Abe-Koga and challengers Jose Gutierrez, John Lashlee and Pat Showalter.

We looked at three key topics when evaluating each candidate: affordable housing, police reform and climate change. Mountain View has a long and tortuous history with affordable housing, from the controversial RV ban to the recent rise in homelessness. The City must figure out how to address this crisis while preserving Mountain View’s natural environments on the bayfront and keeping the effects of climate change to a minimum. In terms of police reform, the Mountain View Police Department (MVPD) has “more racial bias in arrests and deadly force” than 68 percent of police departments in California, according to Police Scorecard.

With more than ten years of Council experience under her belt, Abe-Koga has the qualifications to combat the issues Mountain View is facing. In particular, she is qualified to deal with climate change and pollution as a founder of the Silicon Valley Clean Energy nonprofit. Her policies on climate change and the housing crisis have led to provable results.

Abe-Koga’s eagerness to hear a variety of perspectives also makes her a true representative for the community. On the issue of police reform, Abe-Koga has demonstrated her support for transferring some of MVPD’s responsibilities to city workers to prevent unnecessary violence.

As a mother of a current high school student, she has consistently prioritized youth mental health during her time on the Council. Abe-Koga’s experience and history of getting things done make her a valuable asset to the Mountain View City Council.

Lashlee, who actively campaigned for rent control and against the RV ban, plans to increase affordable housing with a three-step plan centered around developing housing for those in need, including private, public and transitional housing.

His progressive, activist perspective comes in handy on the issues of racial justice and climate change. On police reform, Lashlee does not shy away from calling out the MVPD’s racially-biased arrest record, proposing to reallocate some of the current funding and resources to other city officials.

Lashlee’s comprehensive plan to mitigate climate change emphasizes his awareness of its effects on younger generations. With his younger perspective on matters that concern the youth and comprehensive plans to combat climate change, develop affordable housing and reform policing, Lashlee would provide useful insight to the Council.

In a time when there is a spotlight on the disproportionate effects of various problems on minorities, Gutierrez will bring diversity and a first-hand account of those effects to the Council. As a first-generation high school and university graduate, Gutierrez has a story underrepresented in city leadership.

Gutierrez brings two different perspectives — his relatives are first responders, but he also comes from a minority community — that will allow him to examine the issue of police reform from various sides.

In addition to developing housing and digital infrastructure by partnering with private companies, Gutierrez hopes to develop “green infrastructure” to decrease carbon emissions from transportation. He wants to have a forum with the younger generation to generate actionable plans for combating climate change. Gutierrez would bring diversity to the Council, not just in race and background, but in his multidimensional approaches to prevalent issues.

As a former Council member, Showalter’s pragmatism and experience handling government projects continue to make her a good fit for the Council. Examples of her work include her initiatives on transportation and natural areas in Mountain View.

Showalter has never shied away from progressive viewpoints on race, having torn down KKK signs at her local bus stop when she was a seventh-grader in Virginia. Her desire for more transparency between the police and the community drives her approach to police reform.

Showalter’s expertise on Mountain View’s environmental issues is one of her biggest selling points. As a water engineer, she is dedicated to protecting and improving Mountain View’s natural habitats. Showalter’s history of skillful problem-solving and collaboration will make her an effective leader on the Council.

Mountain View City Council needs diverse perspectives to ensure that it moves in the correct direction on the city’s most pressing issues. These four candidates’ combined backgrounds and perspectives will create a well-rounded Council that represents the people of Mountain View.