Eagles Rout Evergreen Valley in First Round of CCS 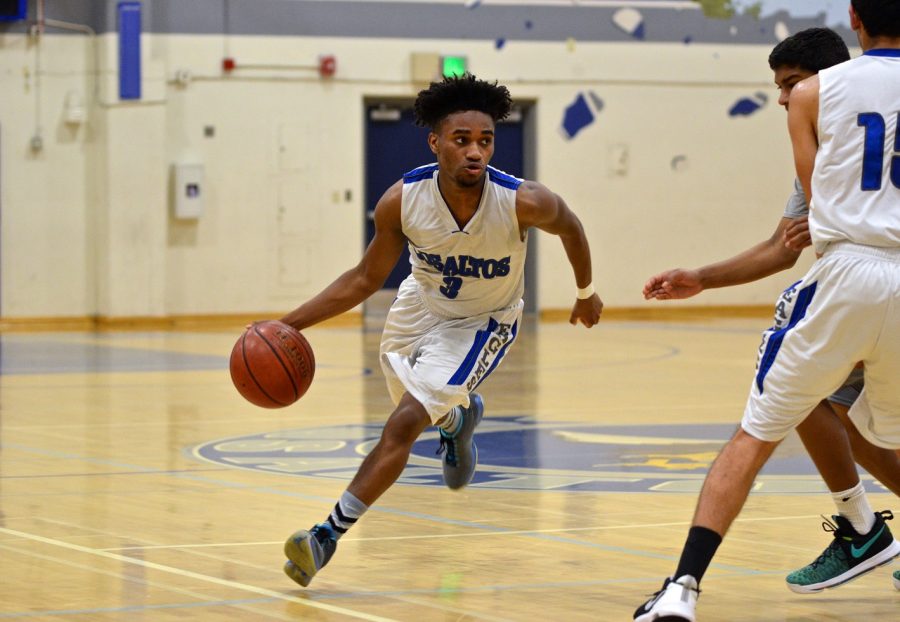 The storyline of the varsity boys basketball CCS first round matchup between Los Altos and Evergreen Valley was simple: total domination on the part of the Eagles. Coming off of an average season finishing 12-12, the eleventh seed Eagles came away with a decisive victory against the unseeded Cougars 61-49 on Tuesday.

The Eagles got off to a fast start with a 13-5 run in the first 5 minutes of the contest with back-to-back layups and an early three by junior Matt Eberle. A layup and one by senior Tommy Andrews and another long-range three from the corner from Matt extended the Eagles’ lead to 18-7 going into the second quarter. The Cougars failed to execute simple layups, and miscues on offense cost them the first quarter.

The second quarter was more an offensive showcase by the Eagles. Junior Simon Heck made two jump shots and senior Adam Rosenbaum converted a steal on one end of the court to a layup on the other to increase the Eagles’ lead to 23-13. But a late rally by the Cougars attempted to close the gap on the Eagles to 27-20. In the final minute, both Simon and Matt hit two momentum-turning shots to increase the Eagles’ lead to 34-23 at the end of the first half.

All hope that the Cougars had to make a late-game push ended in the third quarter. Senior Jay Uppuluri came to life hitting layup after layup after layup, and grew the lead to 54-35. The fourth quarter saw more Los Altos bench players getting subbed in for the starters as the lead was simply insurmountable.

Although Evergreen Valley did make a late-game push to turn the tide of the game, the Eagles won their first CCS playoff game 61-49. The Eagles will play against third seed Santa Teresa on their court on Thursday, February 23.