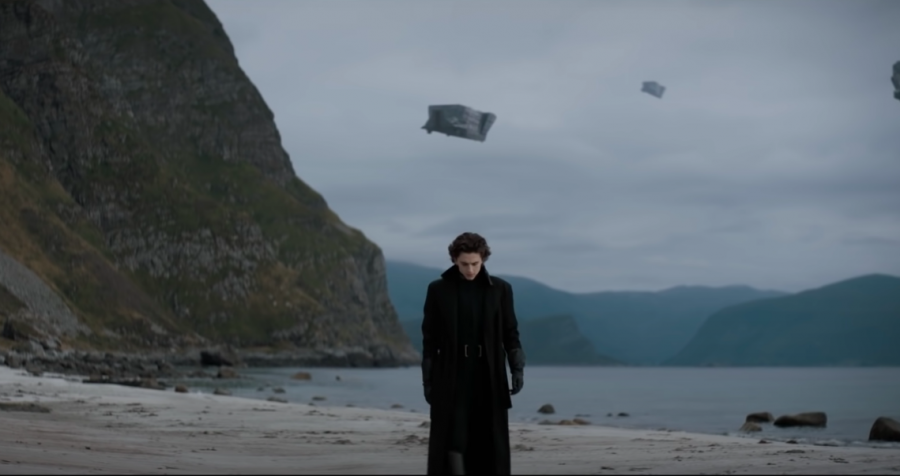 The newest film adaption of 1965 novel Dune is a masterpiece in its technical production. However, the slow progression of storytelling prevents the film from meeting the expectation.

Alejandro Jodorowsky, the first director to attempt “Dune” in the 1970s, said that it is a work “impossible” to adapt. Many directors in the last decades have tried to adapt the legendary 1965 science fiction by Frank Herbert, but have had little success. It appears the newest adaptation by director Denis Villeneuve is no exception.

Although “Dune” plays with an interesting score and enjoys visual effects available only to 21st century moviemakers, the execution of the plot is extremely lacking, and even a star-studded cast can’t compensate for its flaws.

The story is set in an empire that had colonized the universe. Paul Atreides (Timothée Chalamet), the heir of House Atreides, follows his noble family to become the ruler of Arrakis, a dangerous desert planet that produces valuable spice. But, due to a treacherous political plot against his family, Paul must embark on a thrilling quest for vengeance.

The vast universe painted by Herbert combined with modern-day filming technology delivers a breathtaking visual experience. From the first scene — a stirring shot of the desert with spice shimmering in the wind — I was fascinated by the brutal and mysterious world of Arrakis. The film uses many designs originating from the novel, such as the dragonfly-shaped aircraft and the hunter seeker — a deadly tool used to assassinate Paul. Detailed prop and costume design, like the enormous sand worms terrorizing the desert, add to the grand visual depiction of an alien world.

The sounds and music, coupled with the visual experience, made the film a worthwhile one to watch. I was excited from the moment I learned that Hans Zimmer was the score composer for the film — the genius behind the soundtracks of “Gladiator,” “Pirates of the Caribbean” and many more unforgettable works.

In “Dune,” he experimented with unique musical instruments such as the Scottish bagpipe and Indian bamboo flute. When the House of Atreides arrived on Arrakis, the high-pitched sound of bagpipes combined with the gloomy sandstorm created a goosebump-inducing sense of heroism. These unorthodox and majestic sounds simultaneously convey a desolate and mystical feeling that made me feel part of this exotic world.

However, the plot was laborious. In order to showcase those inner thoughts of the nuanced characters, the film tried to portray detailed scenes that focus on character’s expressions. But this addition comes at the cost of a compelling pace, and ultimately takes away the usual thrill of sci-fi films.

In addition, the scenes are fractured, with no clear relation to the overall storyline without more context from the novel. My indifference to the plot was heightened by my confusion; the more I watched, the clearer it became that this film requires some level of background knowledge to watch. Terminologies like Bene Gesserit, Kwisatz Haderach and Lisan al Gaib frequently appear but are never explained, making the movie confusing for those of us who have never read the book. With all of the plot minutiae and perplexity, my eyes were glazing over in almost every scene.

I was hoping my confusion would be resolved by the end of the film; instead, the film ended abruptly without answering any of the questions or details. Though the sequel was recently green-lit — because Villenueve strangely only adapted the first half of the story — the tedium and confusing storyline mean I’m not particularly enthusiastic for part two.