Dodgeball Player of the Day, April 23 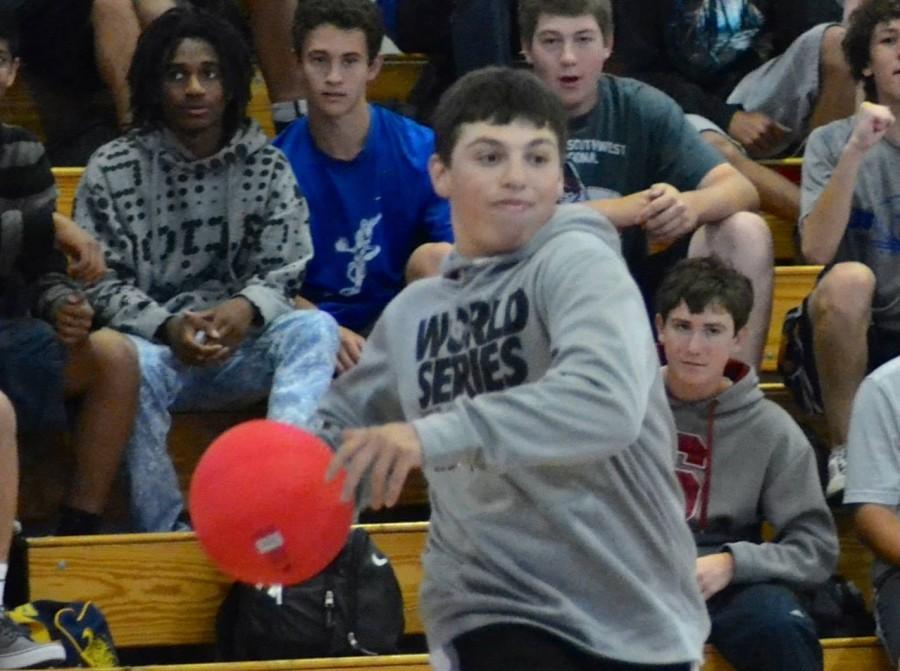 With the second day of the 11th annual Los Altos High School Dodgeball tournament underway, more students packed the gym as the games got more intense. Everyone is trying to help their team make it onto the next level and no single player did this more than sophomore Justin Kramer. His team, the Average Throws, featuring math teacher Matt Chaffee, took down the upperclassman team Young Rich Boys 2-0.

In the first game, the Average Throws were initially behind. However, with two catch and throw combinations by Justin, he propelled his team to an exciting upset victory. This was further displayed in the second game, which the team won with more key catches and throws. With Justin’s support, the Average Throws will advance to the second round on Tuesday, April 28.