Dodgeball Player of the Day, April 22 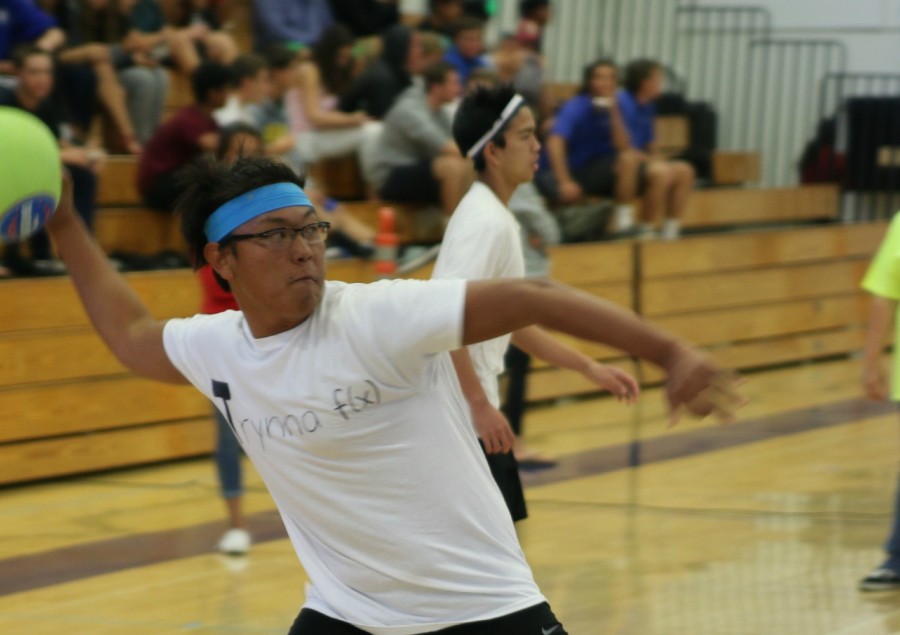 The school’s 11th annual dodgeball tournament kicked off today, April 22, at lunch in the large gym. Just one day into competition, a handful of students have already put on dodgeball clinics, turning heads and making crucial contributions to their teams. Today’s player of the day is senior Bryan Kim of Tryna F(x), whose hands were on clear display as he led his team to a 3-0 victory against the Cereal Killers in the first round of the tournament.

Tryna F(x) put away the first player of the match, but were soon caught by surprise and outgunned as Sean, Ryan, Kenneth and Kelly all found themselves on the sideline, eliminated by some well-placed throws by the Cereal Killers.

However, the volatile nature of dodgeball is such that anything can happen; no challenge is too great and no lead too insurmountable in dodgeball. As the colloquialism goes, “it ain’t over till the fat lady sings.”

A momentum-shifting pair of catches by Bryan and Joshua brought Kenneth and Ryan back into the mix and cut the Cereal Killers down to three players. But Bryan wasn’t done.

Though the first game appeared close, Tryna F(x) took its next two games in stride. Bryan was at the forefront of the action again and continued to absorb throws with impunity.

Tryna F(x) now advances to the second round of the bracket and faces off against The 5 D’s of Dodgeball next Tuesday, April 28.