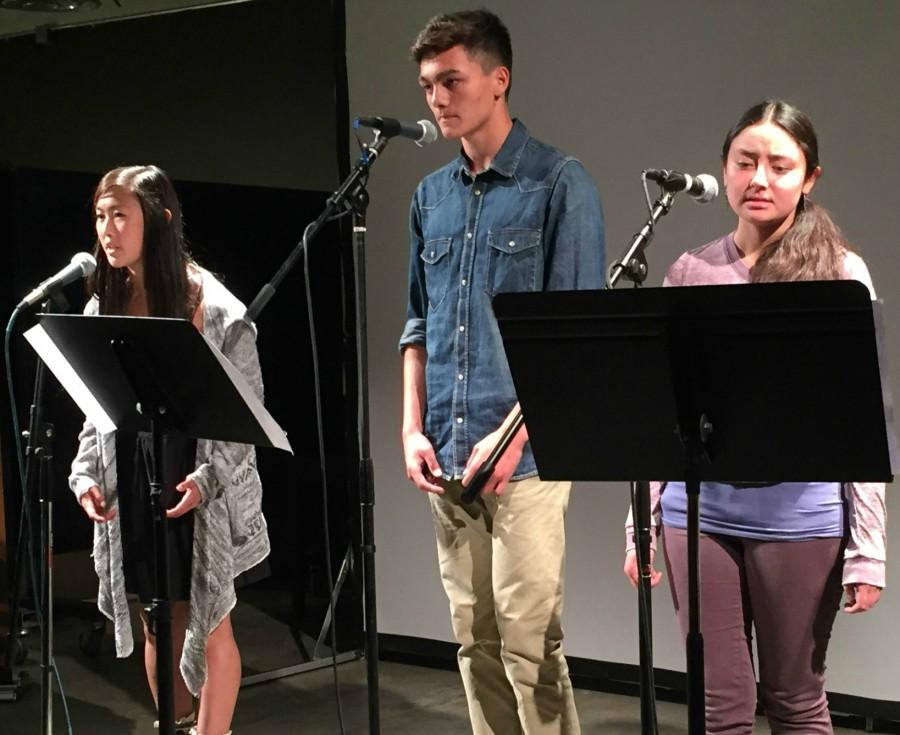 On Tuesday, April 21, the Divulgence club’s slam poetry team competed at the Youth Speaks District Poetry Slam in San Francisco. The team placed third out of sixth, which means they won’t be advancing to the finals, but they still enjoyed the experience of competing against other poets and being able to showcase their year-long efforts in poetry.

“It wasn’t a very competitive energy,” Divulgence President junior Kalie Oku said. “Everyone was really nice. Everyone was cheering on everyone else, being supportive.”

“At the end of the day, you kind of know who the better poets were and who should move on, and you can [acknowledge that] they totally deserved that,” Meg said.

For a look into Divulgence’s preparation process, check the Features section of the print paper on Tuesday, April 28.