Diving into the freshman swim unit 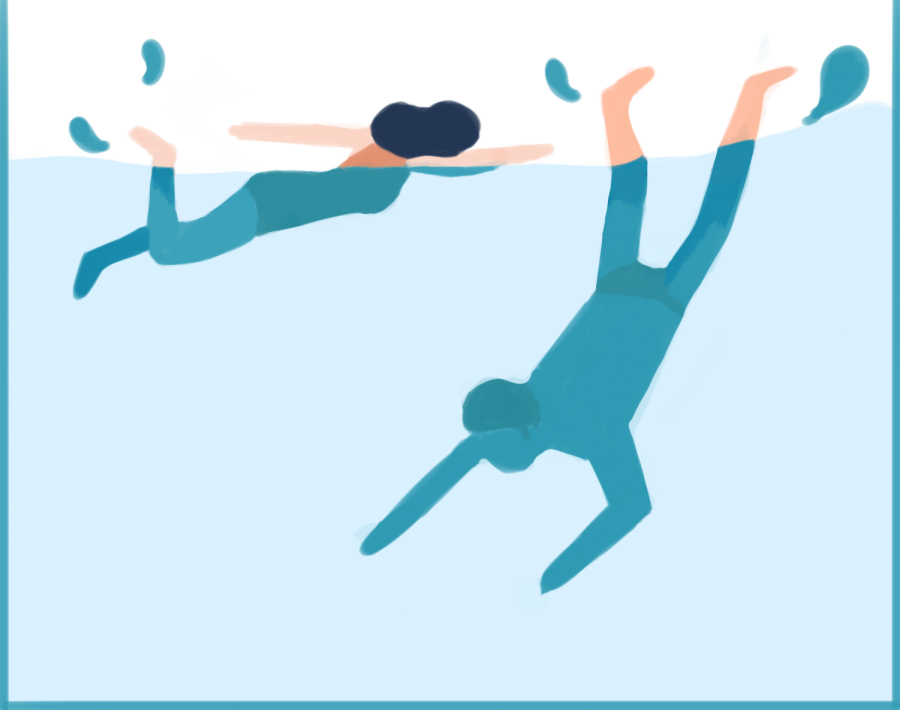 Every year, unsuspecting freshmen are caught up in a unit where they must change, swim, shower, change again and head to class all in the span of a single period. The Talon interviewed PE teachers and students about the swim unit’s daunting image, and how their perspectives changed as they “swam” through the unit. 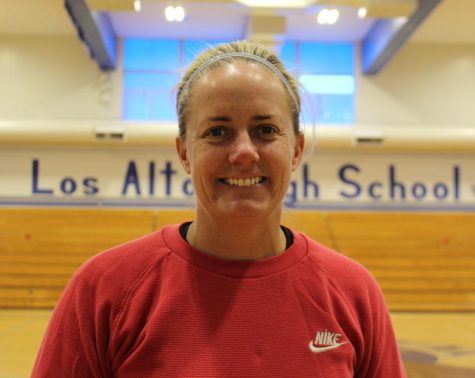 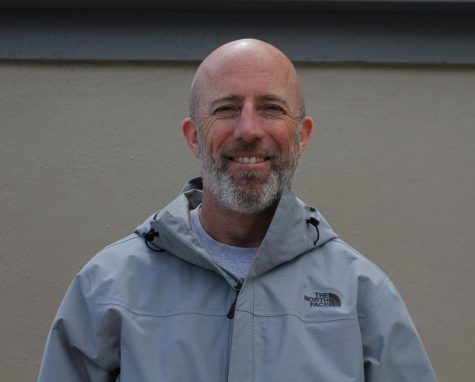 Q: Can you give us a brief summary of the swimming unit?

Raffo: We try to break down three of the four major strokes, so freestyle, backstroke and breaststroke. We also teach treading water and a bunch of survival stuff like using the equipment in the school, kids pulling each other out of the water. [For] the non-swimmers you want to make them comfortable in the water, and the advanced swimmers you want to teach them rescue [techniques] and have them work with the non-swimmers to get them more comfortable.

McFarlane: I do a number of safety measures: the first thing we do is to get used to the water and breathing underwater. Just being comfortable with that, getting them to the bottom of the shallow end, and teaching them how easily the body floats. Then we’ll move quickly to having fun in the water, whether it’s through surface dives or learning to tread water and get safely across the water.

Q: What is your favorite aspect of the swimming unit?

Raffo: You’re 14 to 15 [years old], you’re in an awkward age, you’re getting in a swimsuit, getting in the water and [you’re] knocking down that wall. By the end of the year , [students] know each other pretty well, [and] I like that [aspect]. I would say that the swimming unit is definitely one of the most intimate units.

McFarlane: [My favorite aspect is] to teach them to be confident. If they fell off a boat, they could tread water, swim 15 to 20 minutes at the very minimum or [do] whatever they need to do to stay afloat or stay alive. The next thing we teach them is how to dive and often times 50 percent of them have never dive in headfirst. Getting them to actually do that can [help them overcome] a major fear factor or [give them a] sense of pride. Teaching them to not only jump off the diving board but to dive off the diving board is really empowering.

Q: What student anecdotes can you tell from the unit?

Raffo: In my second period, I had a girl who started working with another kid who’s terrified of water [without being asked to]. She’s not even a fantastic swimmer herself. They weren’t friends; they didn’t know each other that well, but these students just step up like that. I have to watch the pool and teach, so a student being able to help is really cool.

McFarlane: [The] best friend [of a student I had] told me later that it was the best thing that ever happened to [her friend]. They’ve been friends all their lives, and she’d never been able to go to pool parties or Raging Waters because she was worried about [drowning]. [After the swim unit,] this girl [felt] empowered, could be a part of her group and didn’t have to worry about being held back by [her fear]. 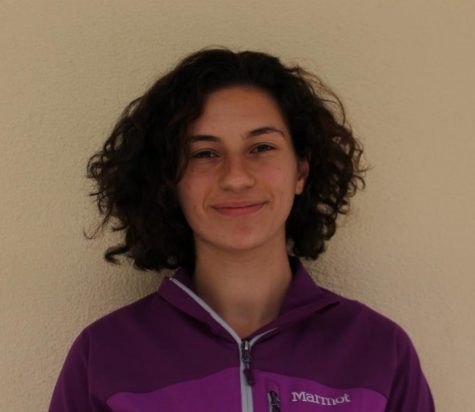 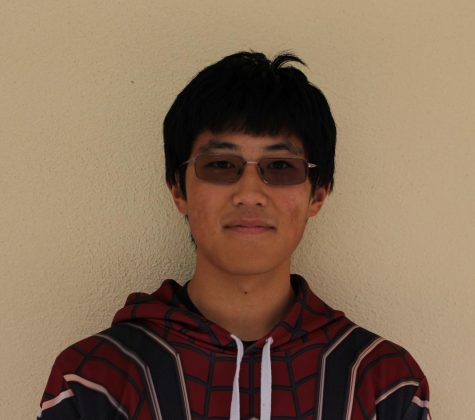 Q: What are your first thoughts on the swimming unit?

Rachel: I have first period [PE], so I thought [that] my skin was going to be completely disgusting most of the day and my hair was going to be wet. I was [also] worried about getting to classes on time. Ms. Noeth’s class and Ms. Raffo’s class [were] conjoined, so [there] was a lot of bustling around. I’m not a big swimmer, so it was a little bit iffy.

Rachel: I don’t want to wear only a pair of shorts because that’s kind of revealing [and] I don’t really like that. I’m looking forward to actually being able to do something different than what most classes usually do because most schools don’t have a swimming pool or a swimming unit.

Q: After four weeks of the swimming unit, what are your thoughts?

Rachel: I thought it was a great break from doing land exercises like running. It was a nice way to bond with [other] classes because we don’t usually [interact with them]. It’s still unpleasant to be saturated in chlorine after the period because no one likes to walk around smelling like chlorine. I think it was a good experience, though.

Tony: It’s been tiring because you need to swim laps every day and your body’s usually not conditioned for that. But then again, it’s fun because you have fins and that makes you go fast. It’s kind of like a rush, because you go fast. And then you feel like the water, like cascading around you. And it kind of feels like you’re flying. But it’s also not because you’re surrounded by stuff instead. So it’s just like fun.

Q: Did your PE class judge one another for their skills?

Rachel: I think that especially in first period, everyone’s sleepy and trying to work with one another, I don’t think that there’s judgement. You can obviously see that some are able to do a lot more than others, but that doesn’t ever come into conversation. If it does, the teachers try to make sure that people are comfortable in the area of expertise that they’re at.

Tony: [My class has] been pretty good. There are isolated incidents of teasing, but that’s just [between] friends, [so] they don’t really care. For other people, it might be a challenge because you have to condition your lungs. You have to be able to use your muscles efficiently and use the right muscles. For me, it’s not that much of a problem [than] for other people, [but] I can see why they have trouble.