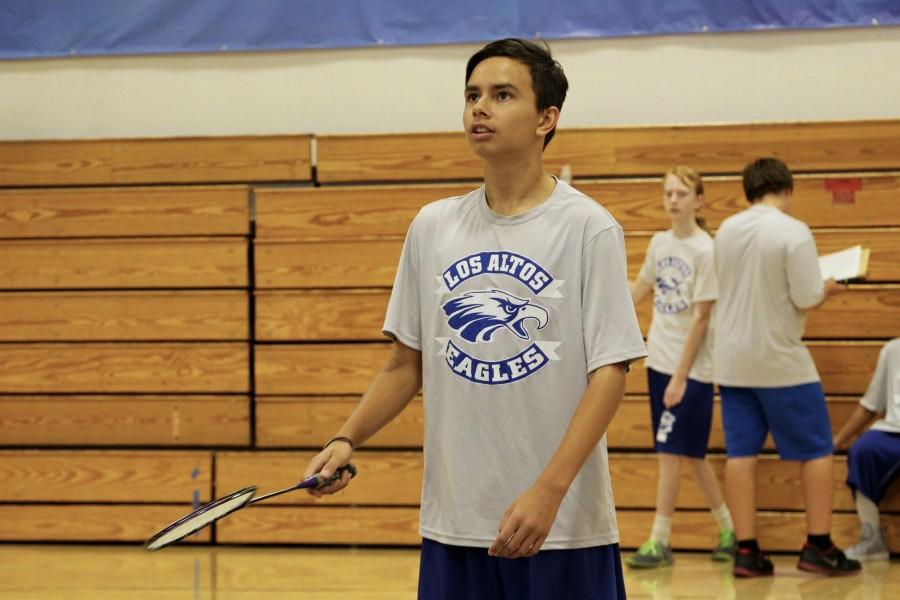 This year, the Mountain View-Los Altos school district is implementing a new Ninth Grade Physical Education exemption policy. The policy allows freshman athletes who are taking seven classes including P.E. to be excused from their P.E. class during their school sport’s season. The MVLA school board made the final decision on Monday, February 9, at the last of four meetings pertaining to the issue.
Under the policy, one and two-sport athletes who are taking seven classes including P.E. may only be excused from their freshman P.E. class during their school sport’s season. Three-sport athletes may be completely exempt from taking freshman P.E.
The school received notification of the district’s decision to offer the exemption in February, and the administration worked on the details of implementation over the summer. Incoming freshmen were notified of the available exemption through flyers in their back-to-school mailers. At last count, approximately 65 to 70 students have obtained the exemption.
Many students say the exemption allows them to save time and energy when they are already playing a sport.
“Overall, my experience with the P.E. exemption has been positive,” freshman Krithika Nathamuni said. “It is important that they [offer an exemption] because we are already getting a three hour workout… We [should] not waste our energy in P.E.”
However, some think the policy could hurt the district’s P.E. offerings. P.E. teacher Kiernan Raffo believes that the class provides students with a unique experience and group of classmates which will be disrupted by the exemption.
“Everyone is coming from somewhere different,” Raffo said. “You bring those kids together [in freshman P.E.] and they become a community. I don’t know if there is anything that is more real life than that. When you’re pulling kids in and out of classes, or out of our class, the community is interrupted.”
As part of the implementation process, the school added a seventh-period transition class, called P.E. Athletics, intended for freshmen who are one and two-sport athletes. When their sport is not in season, two-sport athletes are enrolled in the transition class in order to lessen the impact of students entering and leaving regular classes. However, not all students’ schedules can accommodate the class, so scheduling is handled on a case-by-case basis.
According to Assistant Principal Perla Pasallo, scheduling has been difficult because there are students who do not make a team they try out for, or who apply for the exemption after the start of the year. Proponents of the change argue that students need a free period to get ahead on homework, but opponents counter that P.E. is a valuable break in the day.
According to Raffo, the school’s P.E curriculum has recently undergone development in order to best benefit student stress. The curriculum now includes wellness, yoga and self defense among many other exercises.
According to Counseling Department Coordinator Ryan Carter, a lack of time has contributed to difficulty implementing the policy.
“The new ninth grade P.E. policy is being implemented while it’s still developing,” Carter said. “There are logistics that still need to be worked out on how to articulate it clearly and implement it accurately.”
Mixed opinions have been expressed about the policy. According to Pasallo, it is difficult to accommodate all parties’ concerns.
“I value P.E., yet I want to honor the students,” Pasallo said. “I hear the parents say that if they are in a sport they need time to study. There are so many valid points, it’s hard [to decide].”
The school foresees changes to the implementation at the school, whether it means adding more transition classes or some other accommodation. The update will be at the Monday, October 12 board meeting.
“The district wants to know how it has been [at Los Altos],” Pasallo said. “They are going to take the feedback and decide the next steps. We will talk to Mountain View about it and discuss pros and cons. As a school we will see what changes must be made to make things run more smoothly.”