Despite A Few Wrinkles, “A Wrinkle in Time” Is Still Triumphant 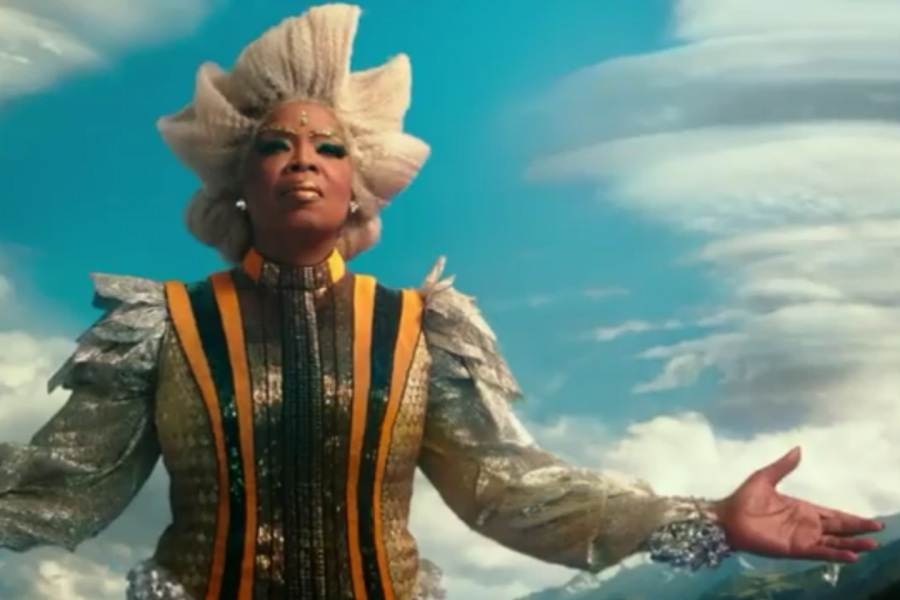 Fifty-six years after the beloved science-fiction children’s book came out, “A Wrinkle In Time” has finally been created into a movie. It is directed by Ava DuVernay, the first black woman to direct a movie with a budget over $100 million. Her vision not only includes vibrant colors with plenty of CGI, but also a more diverse cast including many strong women of color. Stripped down, “A Wrinkle In Time” is a love letter for young people, a message to embrace the light within oneself, all set in a colorful, eccentric galaxy with delightful visual effects.

Being bullied in school, hearing whispers and feeling insecure about her father’s four year disappearance all add up to Meg’s (Storm Reid) discomfort in her own skin. However, by the end of the movie, Meg learns to overcome that with the help of the three celestial fairy godmother type characters, Mrs. Which, Mrs. Who and Mrs. Whatsit, portrayed by Oprah Winfrey, Mindy Kaling and Reese Witherspoon, respectively. After an attempt to travel the universe, Meg’s father goes missing — four years later, Mrs. Which, Mrs. Who and Mrs. Whatsit, hearing a cry for help, befriend Charles Wallace, Meg’s brother. Their quest to help Meg find her dad turns into an intergalactic adventure for Meg, Charles and Calvin, her schoolmate. Beyond just being a rescue mission, the trip also allows Meg to look inward and learn to accept herself. This realization is magnified when Mrs. Which tells Meg she has a harder time travelling in the fifth dimension, called tessering because she’s “not one with herself.” And Meg, who wants to turn into someone else at the conclusion of each tesser, learns to love herself in the end and as a result, can “tesser gloriously.” Overall, the general plot doesn’t stray far from the book. Meg is still an independent middle schooler with a hostile and suspicious attitude; her younger brother, Charles Wallace, is still a precocious, too-curious-for-his-own-good kid.

What differs though, is what makes the movie fall short of the book. Meg’s victory over IT also seems less hardwon, her character not facing the ramifications of jealousy, anger and hatred and learning the power of love. And the villain itself, IT, appears as a mass of dark vines, far less ominous and menacing than the throbbing, disembodied brain that was IT in the book.

Unfortunately, the movie misses one of the book’s most important themes — the difference between “same” and “equal.” Meg is forced to fight IT on the dark planet Camazotz, where everyone is uniform and is forced to do the same thing. In a triumphant, breakthrough moment of the book, Meg shouts, “Like and equal are not the same thing at all!” In the movie, this theme is notably absent apart from one brief scene, which is delivered in such an uncanny, nuanced way that it’s a pity there aren’t more of these scenes in the movie.

However, the movie’s visually stunning, its reimagining of planets Uriah, the Happy Medium and Camazotz original and striking. Mrs. Which, Mrs. Who and Mrs. Whatsit are as erratic and offbeat as their book counterparts, but with a new bedazzled twist, with flourishing touches of pastel lipstick and popping eyeshadow among other bold costuming.

The movie’s best scenes arrive when the script does more showing than telling, inviting the audience to be active participants and challenging them to think about uniformity, which are further emphasized not only by plot and subtle dialogue, but with setting.