Derive or die… Or ask for help? 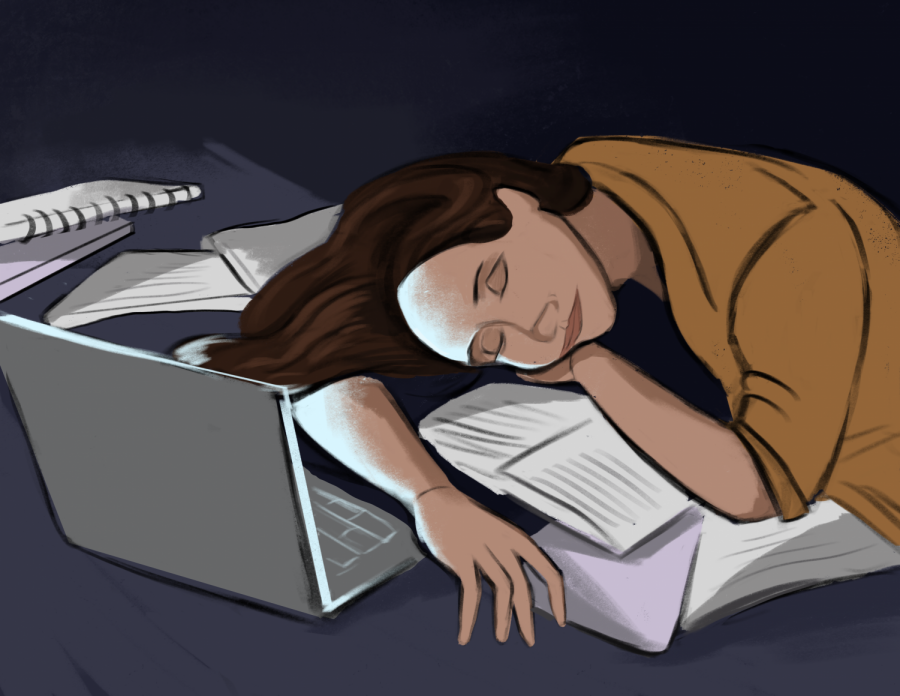 Duped by the oh-so-brilliant strategy of questionably deriving any calculus problem I didn't know the solution to, I've realized my neglect of fully addressing my questions — and learning to ask those questions in the first place. It was hard to reveal that under my facade of “okayness,” things were actually not okay.

Last week, I thought I’d finally found my true calling: derivatives. As I was tirelessly dx-ing and dy-ing, I came across a way to solve all hard calculus problems, a foolproof method by which everything would seemingly work out — I just took the derivative and prayed.

This sounded like a perfect strategy, and for a while, it was. Whenever I was confused, I simply took the derivative, and most of the time, it seemed to work out. I liked my little calculus secret. It was nice knowing that I had something to fall back on.

It also relieved some of my stress. Anyone who knows me would tell you that I tend to freak out. Like, a lot. So, when I approached problems that I didn’t know how to solve, my secret provided me with some comfort, as I knew I had a way out that historically worked in my favor.

I found that this strategy manifested itself into other aspects of my life. When I struggled with issues that would typically cause an infamous “freak out,” I tried to tell myself that everything would work out in the end. No matter how broken it seemed, I told myself that I’d be able to fix it all, because everything always works out.

But in trying to embody the essence of my new strategy, I adopted some questionable tendencies — ones that I chose to ignore at the time, but further contributed to the landslide of problems that I eventually had to deal with.

What should’ve given me less stress and made me a calmer individual actually caused more stress. When I struggled with those darned calculus problems, instead of asking for help or reaching out to my classmates, I kept to myself. I thought if I just looked at them hard enough they’d simply figure themselves out.

On a larger scale, I simply didn’t ask for help. I’d already told everyone I could handle my workload, that I’d got everything figured out, and I couldn’t possibly go back on my word.

It was about a week ago when I realized the fundamental flaws with my newly discovered theory, but at that point, I was too far in to go back — I’d already closed myself off, and now had to reap the consequences of my words. Everything always works out, I thought. So, even though I felt like I carried the weight of the world on my shoulders, I still thought that I’d be able to figure things out.

This was not the case. I was duped by my oh-so-brilliant derivative thoughts, which in fact didn’t end up helping me on the test and instead led me to write my teacher a dramatic apology on the last question, circling and labeling my tear that had fallen on the paper.

I don’t know how I expected to take down calculus or solve some of life’s most complex problems on my own. It was hard for me to admit I needed help, to reveal that under my facade of “okayness,” things were actually not okay. Everyone else seemed to be doing just fine, so it was almost embarrassing to reveal my vulnerability.

Don’t take my advice to just “derive and pray.” If there’s anything you could learn from my experience, take away that it’s okay to struggle, because everyone is struggling, it’s okay to make mistakes and ask for help, because that’s how you learn. And, I guess it’s okay to not be okay.