Why you should think twice about your casual homophobia. 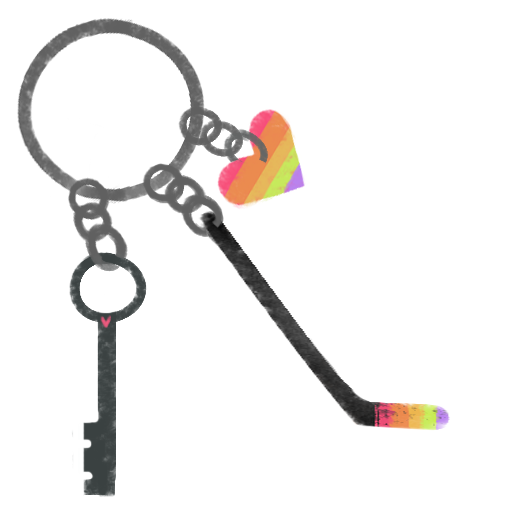 I’ve realized that my insensitivity, particularly the use of homophobic slurs, was in part because of my own grapples with my sexuality.

You guys love to call me “Tomo the Homo.” I don’t know what it is, but the nickname has always been a favorite amongst my friends and teammates. My mother apparently recalls realizing the inevitability of the rhyme shortly after receiving my birth certificate.

I remember the first time one of you called me “Tomo the Homo.” It was in the locker room during one of the first practices of our U12 ice hockey season. I was by far the worst player on the team, so hey, pick on me. I figured it’d go away once I improved.

Five years later, I was the captain and first line defense of an elite level team. But you still called me “Tomo the Homo.” It’s not that I found it particularly mean or offensive; it was annoying, at the most. A nickname like that is really only meant to be an odd way of showing affection, which I knew all along.

But looking back, the fact that that was an acceptable nickname to us—our coaches too—is appalling.

Look, I get it. It’s easy to sigh and write me off as some crazy “libtard.” Call me a “snowflake” or whatever you want. Prior to realizing my own sexuality, I certainly would’ve responded with the same socket-skidding eye roll.

Heck, “f*ggot” was one of the words I used the most prior to my “awakening.” Of course, we all know that it’s a bad word. We all know that we could get in trouble for using it. We all “know” that it’s hurtful. But none of that stopped any of us from using the word at the ice rink. In fact, it’s not just crude nicknames and frequent use of the word “f*ggot” that stand out to me. There are dozens of experiences of blatant homophobia that I can vividly recall at the ice rink, some of them instigated by me.

I’m ashamed of that now.

I’ve realized that my insensitivity, particularly the use of homophobic slurs, was in part because of my own grapples with my sexuality. “In part” being a small part.

No, the real reason that a group of twelve-year-olds can laugh off homophobia is because “everyone else is doing it.” When the hockey coach that you love and respect doles out the word “f*ggot” like free candy, it’s far too easy to fall into that same trap.

I should’ve—we should’ve—known better than that. “What’s the harm? Nobody here’s gay,” we would say. But no, it’s extremely harmful. What about the closeted kid? What about the person struggling with their sexuality? Nothing good can come from casual homophobia.

Unfortunately, it’s hard for a ten-year-old to know any better. Even more unfortunate is the fact that our coaches believe that homophobia is “just fine if we’re all straight.” But the most unfortunate fact is that the majority of the coaches and mentors and adults in our lives aren’t going to change.

When it comes down to it, they’re adults with near-solidified views of the world. If any of our past coaches were to read this, they’d probably laugh me off (although I would be happy to be proven wrong).

It’s hard to change the behavior of our adult coaches and mentors. So who’s supposed to deal with the problem?

Us, actually. The way we act when we’re adults can still be determined. That time is coming pretty soon.

How are we going to teach our kids to play sports? What kind of role models will we be for them? I’d certainly like to hope that we can do better than our predecessors; the alternative is a real downer.

And it’s not just long term effects! We can make an immediate, meaningful difference. I mean how hard is it to not make fun of gay people? Geez, just stop saying “f*ggot” and you’ll be halfway there. Consider other people, for once.

I’m lucky that I quit ice hockey before realizing my own bisexuality. If I had continued, I don’t know how I would have handled it. It hurts because it feels like you’re being treated like an outsider—even if the person at the other end of the verbal whip doesn’t understand the implications of their words. The idea that “we can make fun of the gays because nobody here’s queer” is stupid, you guys.

I know that only a handful of my teammates will read this, and even then, only one or two of those few will go on to actually change their behavior.

I think writing this is worth it, though. I hope those of you that aren’t my old teammates (or don’t even know me) will learn something from this. It’s hard to explain just how much the words of your teammates—best friends, really—can hurt you. But they can do good, also.

Oh well. Give it some thought; you owe me that much.