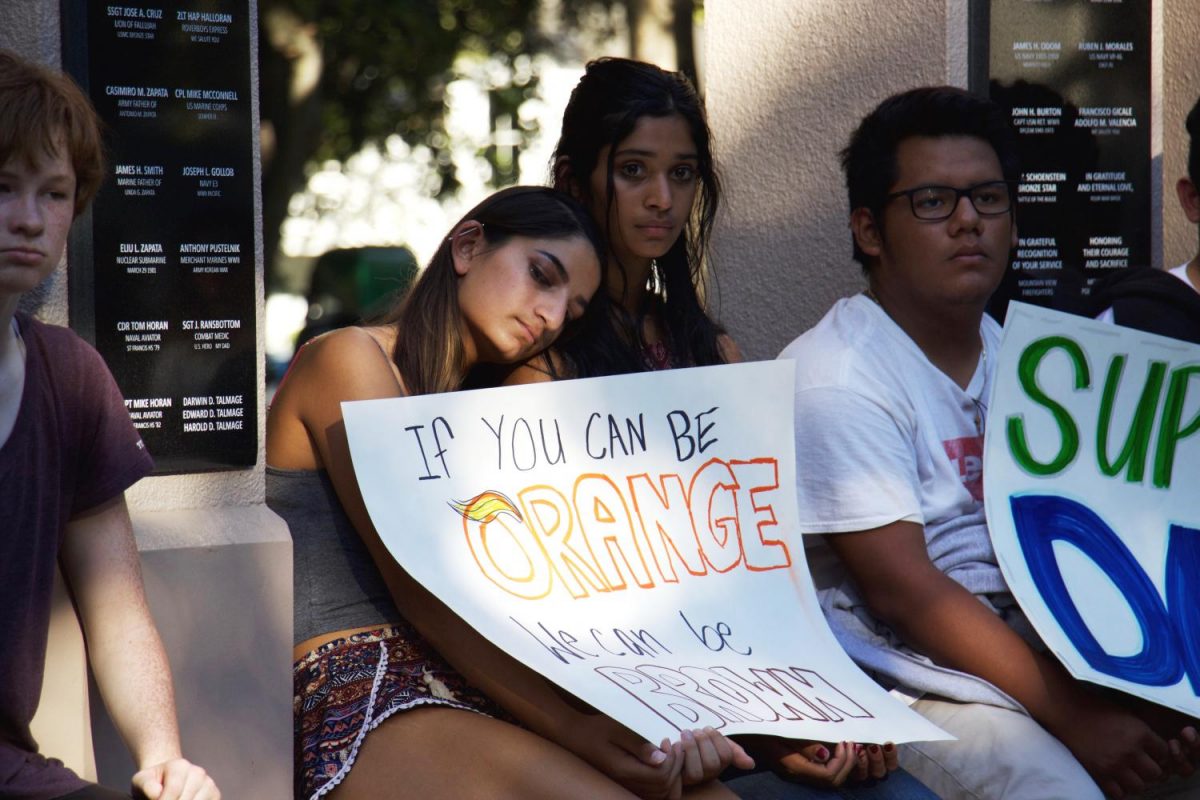 After President Donald Trump placed Los Altos’ DACA recipients at risk of deportation this September, Los Altos rallied back. In an important feat of activism, students and staff marched and spoke out for undocumented immigrants’ fundamental rights. Our U.S. Congress representative Anna Eshoo’s words speak to the admirable achievement of Los Altos’ protesters.

“Our future depends on the continued advocacy and engagement of young people and I’m so proud that you chose to speak out on this critical issue,” Eshoo wrote to Los Altos in a letter.

It’s impressive and inspiring to see so many speak in solidarity for the rights of DACA recipients on campus, and it’s even more inspiring to see the number of campus groups that came together: Teachers in Solidarity, Black Student Union, Latino Student Union, Social Injustice Club and Haiti Solidarity Club. The organizational efforts from both student and teacher activism resulted in a forceful message of solidarity and compassion.

Still, the students and teachers who protested represent only a fraction of the school. It may be a tall order for every Los Altos student to march, but it would further strengthen Los Altos’ community if more students — even those not directly affected by the repeal — had shown support for DACA recipients. And more than ever, it’s crucial for all of us to understand and keep mindful of the risks many on campus now face.

DACA recipients play vital roles in society — they become America’s lawyers, doctors, teachers, innovators, fathers and mothers and more — and their rights are as inalienable as any citizen’s. We don’t just want them here, we need them here. As Eshoo fights for immigration legislation at Capitol Hill, Los Altos’ protesters have been exemplary in creating a supportive and outspoken community for those at risk.