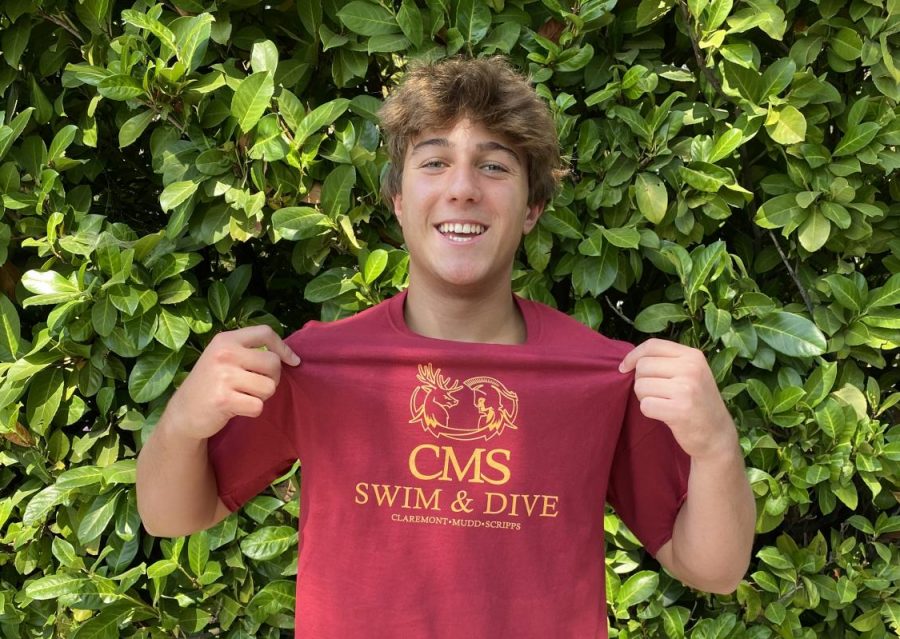 After years of training to jump from frightening heights and overcoming his fear of landing headfirst, senior Cyrus Gaylord’s dedication and passion for diving have paid off. On Sunday, September 20, he committed to Claremont McKenna College’s (CMC) Division III program to further his diving career.

At the start of high school, Cyrus wasn’t entirely sure whether he even wanted to dive in college. Throughout his college search, Cyrus didn’t prioritize schools with diving teams. However, after more consideration, he realized it could be a good way to get more involved in a college community.

“I found that it’ll give me a very nice introduction into college life, as I’ll have a close group of people I already know,” Cyrus said. “Throughout my educational experience, I’ll also get to continue doing something I enjoy.”

For Cyrus, the hardest part of the entire recruitment process was the final decision. He received offers from both CMC and Emory University and wasn’t sure which one would be the best fit for him. Eventually, after weighing his options, Cyrus was able to confidently make up his mind, citing the holistic experience of being a student-athlete at CMC as one of the major factors in his decision.

“I knew that I would be happy at either school, but at the same time, I was still worried I would make the wrong decision,” Cyrus said. “I realized that my fascination with Emory was based on its athletics side, but I could visualize myself as a student at Claremont.”

In addition to this, the atmosphere at CMC was something Cyrus appreciated. The laid back, yet intellectually keen community won him over.

“I was told that the students there can be walking around wearing T-shirts, shorts and flip flops, yet they could get into a heated debate at any time,” Cyrus said. “Everybody there seems to be motivated and driven, while also knowing when to have fun.”

Currently, Cyrus is uncertain about his major, though he plans to pursue something related to social science or business. Regardless, he knows that CMC will be able to support him on the right academic path.

“There’s this major at Claremont called the PPE major, which stands for politics, philosophy and economics, that I’m interested in,” Cyrus said. “If that doesn’t go well, I’ll probably try to pursue either a finance or economics major.”

As a future Stag, Cyrus is looking forward to joining a diving team that will allow him to grow as a person and bring a healthy balance to his life.

“I’m excited to be a part of a close-knit team of people who not only have fun, but also excel in their sport and their academics,” Cyrus said.

To read more about Cyrus’ diving career before commitment, read our previous story on him here.