Cultural Relativism: When to Intervene 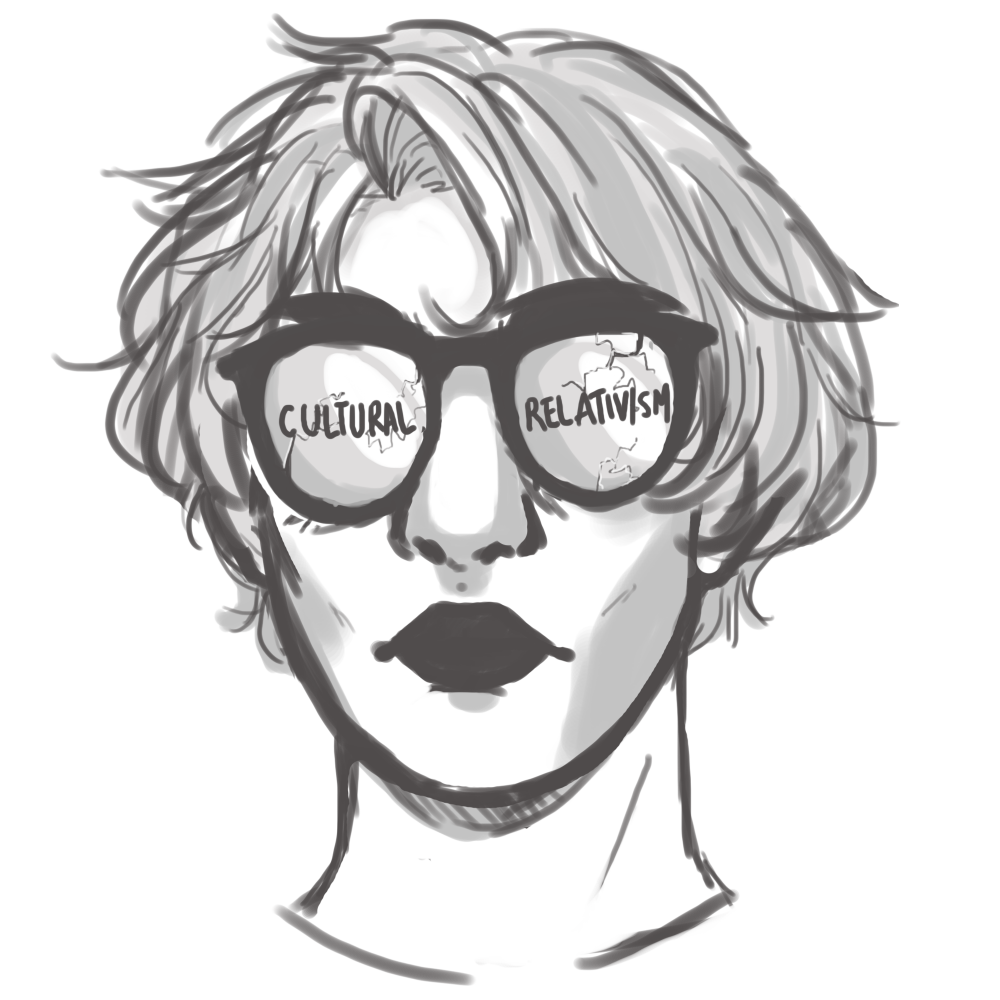 After the U.S. invasion of Afghanistan, former First Lady Laura Bush gave a speech on the liberation of Afghani women. She used their plight to justify U.S. interference in the country.

“Because of our recent military gains in much of Afghanistan, women are no longer imprisoned in their homes,” Bush said. “They can listen to music and teach their daughters without fear of punishment. The fight against terrorism is also a fight for the rights and dignity of women.”

Despite good intentions, Bush victimizes Afghani women in her speech. She perpetuates the notion that Muslim women are helpless and American soldiers are supreme protectors as a justification for U.S. intervention.

In order to answer this question, we first must let go of the notion that the U.S. has a superior belief system. Instead, we should embrace cultural relativism, which argues we should judge the practices of each culture according to the viewpoint of the culture itself — not according to our own ideology.

Idolizing American soldiers “liberating” Muslim women from Muslim men furthers the notion of cultural superiority — it’s ignorant to the fact that these women have grown up with practices, such as wearing the hijab or burka, which differ from our belief system. While helping women achieve equal rights and access to education is a just cause, viewing them as victims who need to be “liberated” from their burkas is not. It fails to convey the complexity of the intervention, which in reality was a fight meant to further Western ideology and to militantly remove people who had endangered our nation’s interests from Afghanistan.

The ideology we hold is based in our culture, because the beliefs of the community we are raised in will influence our own viewpoints. Therefore, there is no true measure of right and wrong: who is to say that our ideas are superior, or that we should be able to impose our values onto others?

Had we behaved with the mentality that their culture and beliefs were just as valid as ours are, we would have spent more time trying to empower these women to rise above domestic violence and educational inequalities, and less time fixating on the removal of an item that is an integral part of their culture.

The idea of cultural relativism does have its flaws. If we automatically accept all practices, then we can never condemn actions that are truly abhorrent.

The question of intervention is never simple; the line between what is objectively right and wrong is difficult to draw. There is no exhaustive list of actions that must be committed in order to justify outside interference. What’s most important is that we carefully debate and extensively consider our rationale before we take action. We must see others not as victims, but as individuals with their own culture and belief systems.

The U.S. is not the world’s police force and should not act with the conviction that its belief system and way of life are superior. But we have never been complacent, and that’s a good thing — we should always act in the face of atrocity. Above all, it is important that we question the government’s motives for intervention under the basis of cultural relativism.