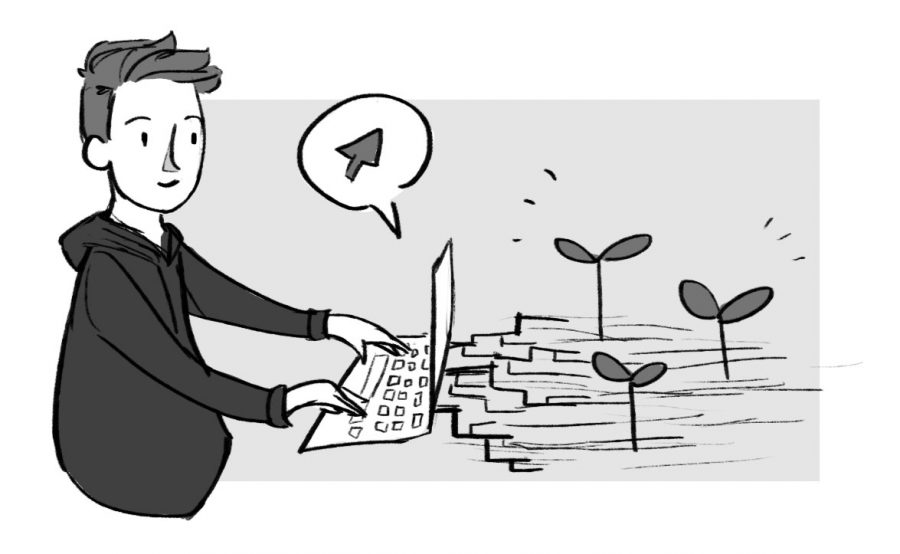 I myself am an avid user of the search engine Ecosia, a Chrome extension I obtained on a whim a couple months ago after browsing through the Chrome webstore. The quirky engine promises to donate 80 percent of its revenue gained through advertisements to planting trees through reforestation projects scattered around the globe. The search screen has a small tree icon in the upper right-hand corner that informs you of the number of trees you’ve helped plant with ad revenue. Not to brag, but I’m already at 597.

Through using Ecosia, I’ve grown to believe that it’s important that people use these various browser-based add-ons as a medium to channel their passions. This can be through Ecosia, or one of the other various charity-based search engines, such as Tab For A Cause, which collects ad revenue through your tab-opening habits and donates them to a charity of your choice. I was drawn to Ecosia due to its cute icons and promises for reforestation, but there’s so many extensions out there that can fit any one of your interests.
Ecosia, based in Berlin, has challenged both themselves and their user base to plant 1 billion trees before 2020. Nikola Maksimovic, Ecosia’s country manager for the UK, informed me that this goal is achievable at the rate that the user base is increasing.

“[Ecosia] started seven years ago, and it started quite small,” Maksimovic said.”Really, like a startup… there are so many startups… trying to grow very quickly… But Ecosia actually grew quite slowly, but very sustainably, for years and years. It built up a very dedicated group of users… In the last year and a half we really started to grow quite a lot. It’s been really amazing.”

Ecosia’s users are mostly those who are avid supporters of saving the environment, and those who feel that they should, but don’t know where to start. To be honest, I fall in the second category. Ecosia gives me the opportunity to not only support a cause I wish I could support on a larger scale, but it also means I know I’m making a difference. Knowing that my internet habits are helping reforest regions such as Madagascar, Peru and Burkina Faso not only makes me feel proud, but also involved in an issue that I think everyone should be concerned about.