Cross Country Runs through the Postseason 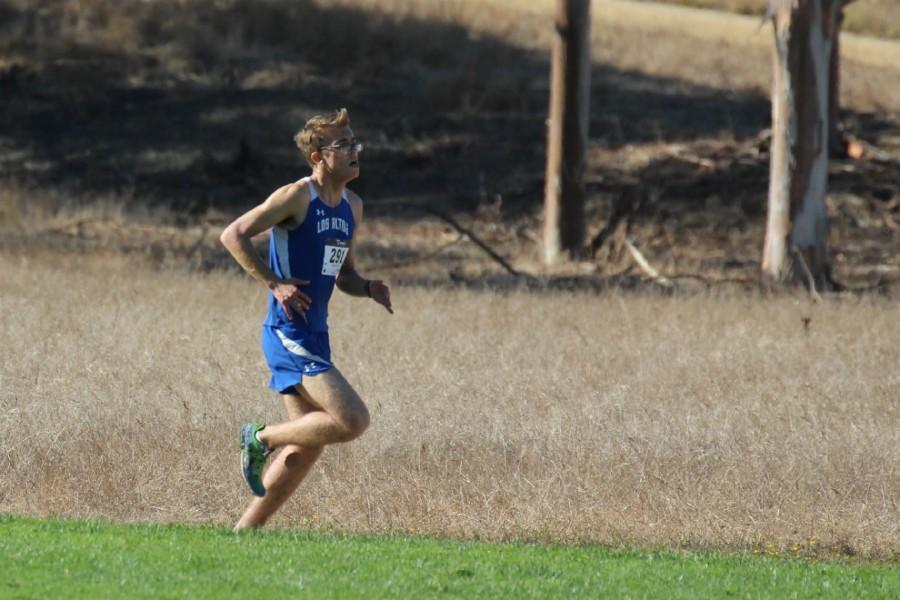 Junior Viktor Niemec runs in a meet at Baylands park. Both the girls and boys cross country teams are hopeful for success in the CIF State Championships. Photo courtesy Tracey Young.

As of the press deadline the varsity cross country teams are approaching CCS finals hoping to qualify for the State Championships. The CCS finals will take place on Saturday, November 14, at the Crystal Springs course. Both girls and boys teams will be competing in CCS, with girls competing in Division One and boys in Division Two. According to CCS rankings, the girls team has a higher chance of qualifying for the State finals, as they are ranked third, behind only Homestead and Monta Vista.

“We [the girls team] have a chance to make it to States this year, but it won’t be easy,” senior co-captain Lauren Jacob said. “I absolutely think we can make it, and we are doing everything we can to make sure we are physically and mentally prepared.”

If either of the teams do not qualify for the State finals, they will still likely be represented by individual runners moving on to the next round. Lauren and senior co-captain Ben Zaeske both qualified last year, and could be joined this year by other runners, notably senior Andreas Godderis and junior Katie Klein.

“In terms of qualifying individually, I think I have a very strong shot,” Ben said. “Andreas [also] has a chance of making it to state individually if he has a very fast race.”

Both teams this year were young for varsity teams, with only three seniors running for varsity at most races, leaving eleven spots filled by juniors and underclassmen. Many of the non-senior runners had already had experience running varsity prior to this year however, and the teams were able to focus on improving times throughout the season.

“We definitely had a season geared toward team growth,” Andreas said. “We only had two seniors running on [the boys] varsity team, so we really had to focus on making sure our underclassmen were running fast.”

The teams’ hard work began to pay off by the end of the season, as the girls and boys teams placed second and third at SCVAL Finals respectively.