Conservatives Can Be Snowflakes Too 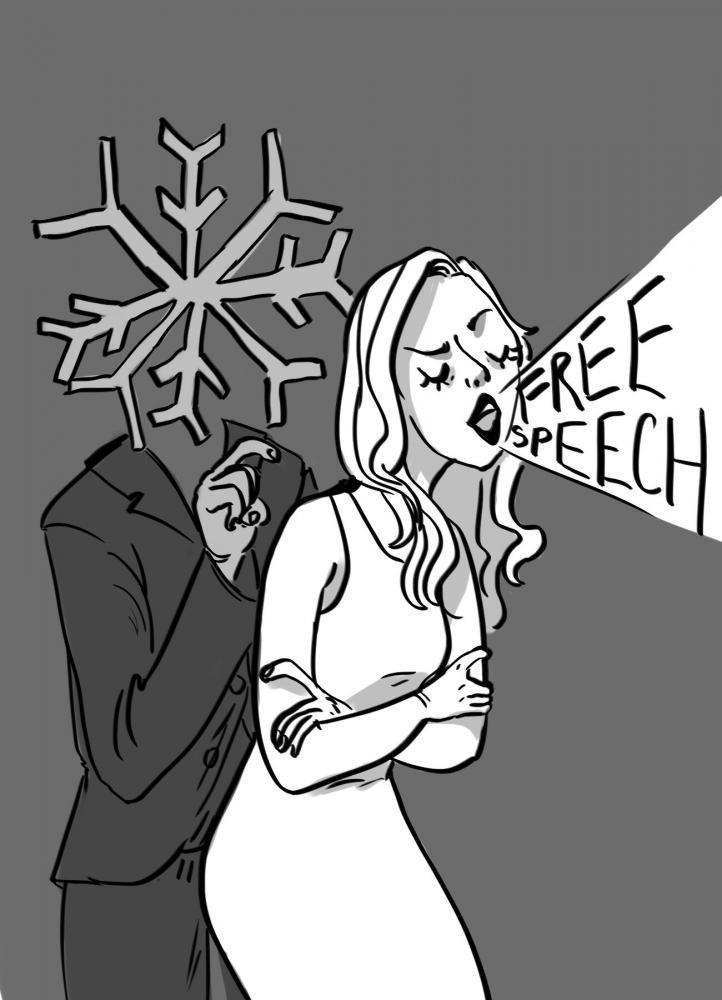 By Julia Santos and Anisha Desai

Old, white, angry and male is how we tend to describe most conservatives, but 24-year-old Tomi Lahren is breaking that mold. With her Barbie-esque appearance and fiery attitude, Lahren gives conservative media a new face. Lahren was the star of the talk show “Tomi” on TheBlaze, a conservative digital network founded by Glenn Beck, that had a wide reach on social media. She is a rising star in the conservative sphere and consequently, the epitome of a liberal’s worst nightmare. Lahren has made a name for herself, through her youthful stance on controversial issues and ease when calling out leftists as “snowflakes” for being overly sensitive.

The situation begins when Lahren was invited on ABC’s “The View” where she expressed support of a woman’s right to choose abortion.

Three days after Lahren made these statements, TheBlaze announced that “Tomi” would be temporarily suspended. Since then, Lahren has filed a wrongful termination lawsuit against the network.

Lahren should never have been fired from her job for voicing a pro-choice opinion. Putting our personal political affiliations aside, we believe all Americans can agree on one thing: free speech is a hallmark of our democracy and a driving force for any political commentator.

It is ironic that TheBlaze describes their digital network as “a platform for a new generation of authentic and unfiltered voice,” because this statement seems to only stand when the content supports Beck’s conservative agenda, hence his decision to ban Lahren off the show. Beck’s intolerance of Lahren’s pro-choice comments and immediate decision to suspend her show prove that conservatives can be “snowflakes” too.

Not only was Lahren suspended, she also received backlash from her fellow conservatives who were quick to criticize her comments for being hypocritical, citing a previous episode of “Tomi” in which she used the term “baby killer” to describe those who are pro-choice.

Though her language may be crass, Lahren is not a hypocrite when it comes down to being pro-choice. She never has actually opposed abortion. For instance in the episode described above, out of context, her usage of terms such as “baby killers” and “murder” make it seem as though Lahren is against abortion.

However, after watching the entire episode, one can tell that Lahren’s overarching point is in line with her stance on “The View” — that most pro-choicers advocate for rare abortions and acknowledge that it is a difficult choice. Lahren then says that this mentality is what separates pro-choicers from people who see abortion as faultless, people who she calls “straight-up baby killers.”
But despite Lahren’s intentions, the issues with her situation are rooted in her target audience’s mindset.

While liberals are often the butt of the joke and are called “snowflakes” when overreacting to someone or something that disagrees with their beliefs, the same theme can be seen when observing the critics who shamed Lahren for her non-conservative views. When it comes to free speech, conservatives and liberals alike are true believers, but the second someone expresses opinions contradictory to their beliefs, issues arise and “snowflakes” start falling.